But to ordinary people, it’s a gargantuan megacomet that spans a jaw-dropping 137 kilometers wide, officially making it the largest comet ever measured.

Think of a straight from Sydney to Newcastle, and that’s about the staggering width of Bernardinelli-Bernstein.

The first images of Bernardinelli-Bernstein were recorded in 2014, when it was spotted 4.59 billion kilometers from Earth, roughly the same distance as the planet Neptune.

Initially, the comet was estimated to be between 100 and 370 kilometers wide.

Now these measures have been strengthened.

“We have confirmed the estimate,” said Dr Emmanuel Lellouch of the Paris Observatory. new scientist.

“It is the largest Oort cloud comet ever discovered.” 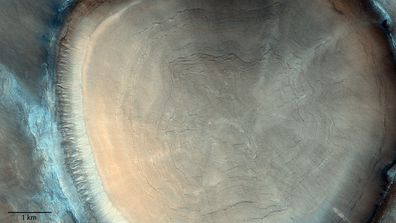 During its formation, massive pieces of rock and ice were catapulted into the Oort cloud by the newly formed solar system along with space junk from other planetary systems.

Researchers believe it holds clues to our sun’s long-lost twin and is part of the binary system theory.

Scientists believe the Oort Cloud may have played an important role in Earth’s history, including causing the extinction of the dinosaurs.

It also contains clues to the mysterious Planet Nine which astronomers have yet to prove exists.

The most mysterious objects in the solar system