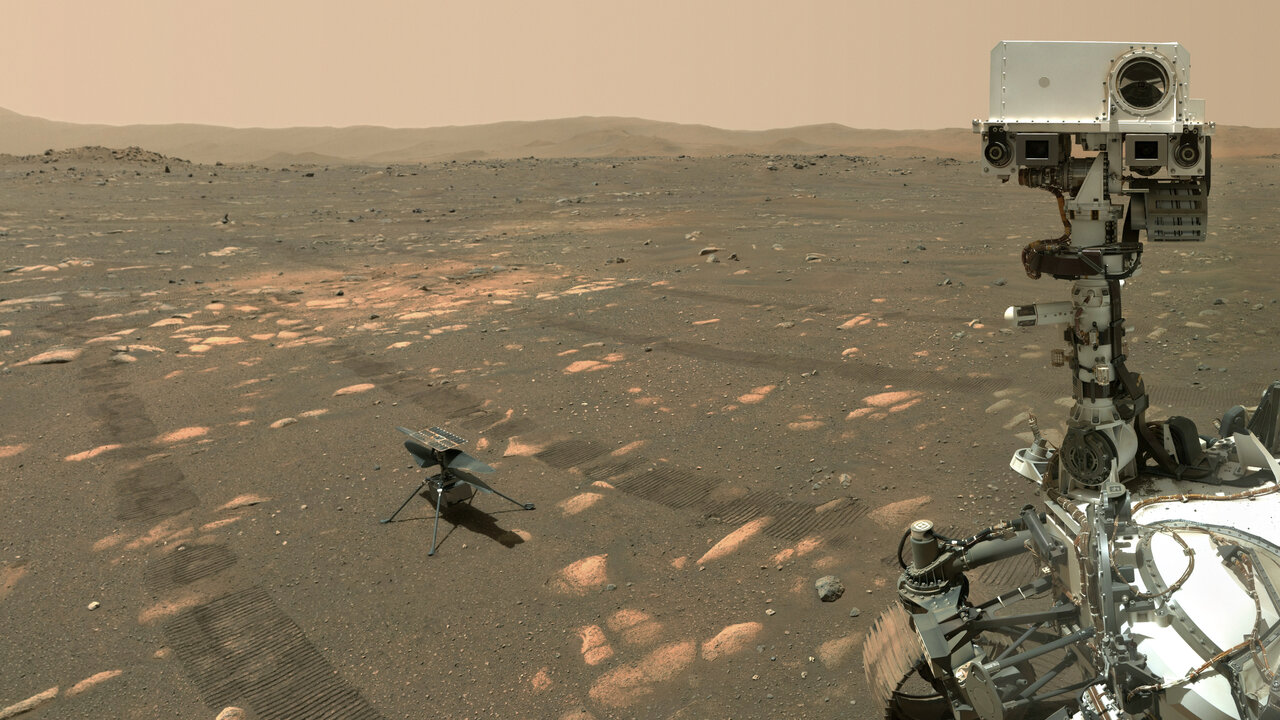 In early 2021, we were eagerly awaiting the arrival of the Perseverance rover at Jezero crater on Mars. The first part of the year was devoted to the Red Planet – with a successful landing of a rover and the very first helicopter flight over another world.

As the year progressed, our asteroid missions became in the spotlight. OSIRIS-REx began its journey back to Earth with valuable cargo and two new asteroid missions – Lucy and DART – were launched into the sky.

Our Lunar Reconnaissance Orbiter has been on the Moon for over 12 years now and continues to capture incredible images from our natural satellite. In this narrow-angle camera image, the west wall of Klute Crater on the other side of the Moon has collapsed towards the bottom of the crater, possibly as a result of a nearby earthquake or impact from area. Images like these demonstrate that the Moon is geologically more dynamic than previously thought.

October 16, 2021: Launch of the Lucy mission to the Trojan asteroids