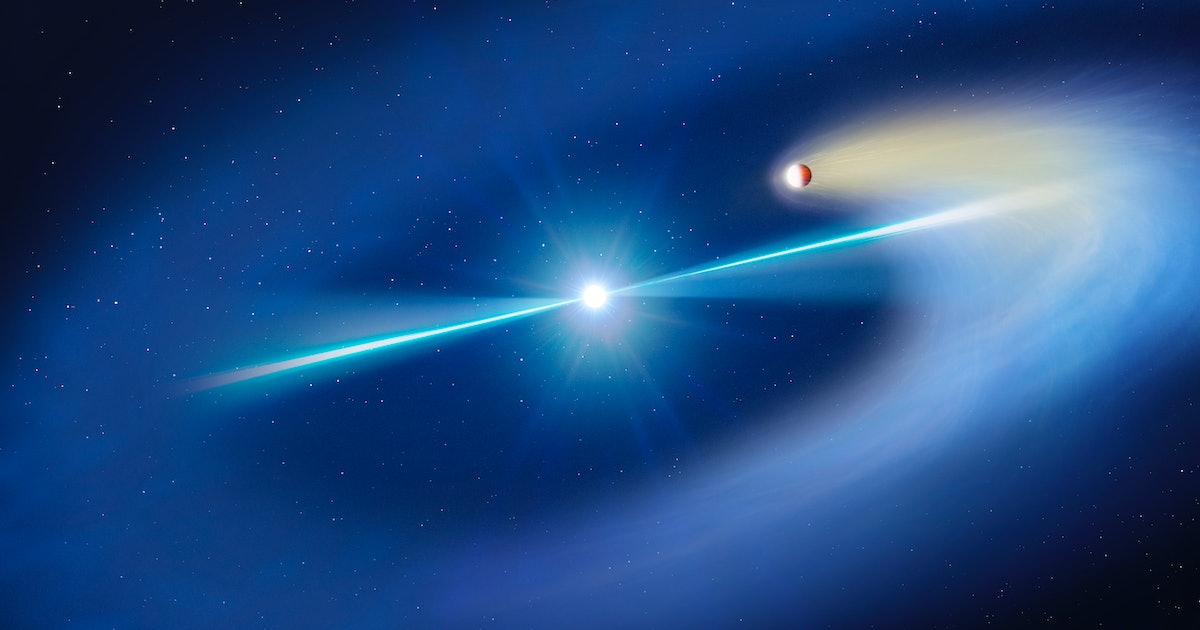 30 years ago, astronomers found a planet where it shouldn’t be – and made history

the James Webb space The telescope, says Penn State exoplanetary astronomer Alexander Wolszczan, is built on a foundation of past data and future expectations — much of what the massive space telescope will reveal combines both what scientists expect and what they hope.

Wolszczan knows all about serendipity in science. Thirty years ago, on January 22, 1992, Wolszczan and his colleague David Frail published for the first time an article confirming the existence of a planet outside our solar system: PSR B1257+12 B, later named Poltergeist.

Long before Wolszczan and Frail’s discovery, scientists thought there must be exoplanets out there — and they were right. We now know about 5,000 exoplanets, and major space telescope missions make studying them in detail part of their raison d’être.

But Wolszczan’s discovery came after five decades of mistakes. Here’s the kicker: Wolszczan wasn’t even looking for exoplanets.

“It was completely accidental,” he says.

In the three decades since, Poltergeist and its star system remain one of the strangest exoplanetary systems discovered.

“I was a pulsar hunter, trying to find interesting ones to use to do other kinds of physics, like precise clocks,” he says.

Pulsars are so precise in their periodic ping that astronomers use them as beacons or aids in the search for gravitational waves and dark matter. But because of their violent formation in the heart of supernovae explosions, no one suspected them of being a refuge for the planets.

Wolszczan was then the resident pulsar radio astronomer at the now defunct Arecibo Observatory in Puerto Rico. Maintenance kept outside astronomers from using the large dish for two months in early 1990, giving it the time it needed to search for millisecond pulsars beyond the Milky Way’s galactic disk. These neutron stars had been predicted to exist there, but astronomers had yet to detect them.

“I found two pulsars quite quickly outside the galactic plane,” says Wolszczan, one of which, PSR B1257+12, about 2,300 light-years away in the constellation Virgo, seemed to have some irregularities in its timing.

Other astronomers were hunting for exoplanets around the time Wolszczan found one. In 1988, a team of Canadian astronomers announced the discovery of Gamma Cephei Ab, a Jupiter(ish) mass planet orbiting a giant orange star about 45 light-years from Earth.

The “discovery” was retracted in 1992. The team didn’t have enough data to back up their claim…but they rediscovered, for real, in 2003, when another group confirmed the existence of Gamma Cephei Ab.

Importantly, the Canadian team hunted exoplanets using the radial velocity method, which involves carefully observing spectra of light emitted by stars over time for an oscillation in their motion. Oscillations indicate the tug of an orbiting planet.

It is a difficult technique, requiring long and precise observations. At the time, when astronomers had yet to discover an exoplanet, skepticism hampered scientists’ ability to detect them, says Lisa Kaltenegger, Cornell astronomer and director of the Carl Sagan Institute.

“We expected that planets around other stars that we could detect would take an incredibly long time to be detected,” Kaltenegger said. Reverse.

“Or much more precise measurements, which were not yet available.”

Of course, Wolszczan did not use the radial velocity method, but he paid very close attention to the pulsating behavior of the PSR B1257+12.

“When you discover a new pulsar, usually you time it for a while,” he says.

This lets you know its precise rotation period. Knowing that PSR B1257+12 was likely part of a binary system—a pulsar in mutual orbit with a white dwarf or similar star—Wolszczan looked for signs of the companion star’s gravitational influence on PSR’s momentum. B1257+12.

“It changes because of the oscillation of the pulsar around the center of mass. So you look at the varying delay in the arrival time of the pulsar signal,” he says.

The point was that PSR B1257+12 was swinging earlier and later than it should if its companion was a white dwarf star. It quickly became apparent to Wolszczan that he was dealing with other objects in the system. Unlike the radial velocity method, variations in pulsar timing were extremely sensitive to alteration by the presence of other massive objects, he says, and it is now known to be sensitive enough to detect objects. of asteroid mass.

“There must have been at least two low-mass objects orbiting the pulsar,” Wolszczan says. “It required land masses or to account for the slight oscillation of the clock, which was on the order of milliseconds.”

Wolszczan and Frail reported the detection of Poltergeist and its companion Phobetor in the 1992 paper. Both are about four times the mass of Earth. In 1994, Wolszczan and Maciej Konacki announced a third planet, Draugr, which remains one of the smallest exoplanets ever reported – just twice as massive as the Moon. Until an IAU competition ended in 2015, astronomers simply called the planets PSR B1257+12 A, B, and C.

Serendipity may have smiled on Wolszczan, and the math was inescapable, but the human response to his discovery has been somewhat bifurcated.

“A common reaction was that if you can create planets around a neutron star, then the planets must be everywhere,” he says. “Let’s go and step up our efforts to find them.”

But some people had a colder reaction.

“The other one was like, well, that’s interesting, quite exotic,” Wolszczan says, “but that’s not really what we’re looking for.”

Astronomers were looking for worlds around Sun-like stars, not some barren rock orbiting a neutron star that constantly bathes them in deadly radiation. No one is quite sure How? ‘Or’ What Poltergeist and his companions formed. One theory says they could be the frozen remains of PSR B1257+12 shredding passing stars.

“I was listening to a lecture at MIT by a NASA scientist who was there giving a guest lecture in the physics department,” said Lisa Messeri, an anthropologist at Yale University who has studied exoplanetary scientists. . Reverse. “And he made it very clear that in his view the pulsar planet – and his language is very striking to me – could not be imagined as a place.”

A few years later, the discovery of 51 Pegasi b, the first planet around a Sun-like star, eclipsed Poltergeist for these scientists – although it initially met with its own controversy, given the history of detections. errors of planets around other stars. It was also bizarre in itself, orbiting its star in just four days.

The game was to look for “normal” stars, stars like our Sun, and planets more like ours.

“It was like, let’s just treat it as historical fact and ignore it and just keep doing our thing,” Wolszczan says.

He continued – today Wolszczan is the director of the Penn State Center for Exoplanets & Habitable Worlds.

Exoplanet science has come a long way since 1992. In 1999, astronomers successfully used the transit method – watching stars dip in brightness as planets pass in front of them – to discover HD 209458 b or Osirus. Since then, the technique has become incredibly successful for exoplanet hunters.

“About 70% of exoplanets known to date have been discovered by transit methods,” says Kaltenegger.

NASA’s Kepler and TESS missions have used this technique, and the James Webb Space Telescope will even be able to study transiting exoplanets to determine details of their atmospheres and find planets with Earth-like atmospheres.

And what about Wolszczan’s pulsar detection method? As accurate as it is, shouldn’t it have already revealed many such pulsar planets?

That’s the thing, according to Wolszczan. “I’ve been involved in a number of long-range surveys, which involved looking for millisecond pulsars and then looking for planets around them,” he says, and although they found a few objects around neutron stars, they found nothing comparable to the PSR B1257+12 system. “That’s the disappointing part of the whole story.”

Why the first confirmed exoplanet appears to be part of a one-of-a-kind system remains a mystery. But hey, the science of exoplanets is still relatively young and full of surprises. Star systems once considered entirely hostile to life may yet prove to provide a narrow niche for it.

“Last year I was involved in the discovery of a gaseous planet around a more calmly generated dead stellar envelope, a white dwarf,” says Kaltenegger. If planets can survive their star’s demise and persist until it settles into its white dwarf beyond, she says, “a new type of planet is now on our cosmic horizon, which could harbor life”.

Study: Frequency of asteroid impacts in the inner solar system constant over the past 600 million years