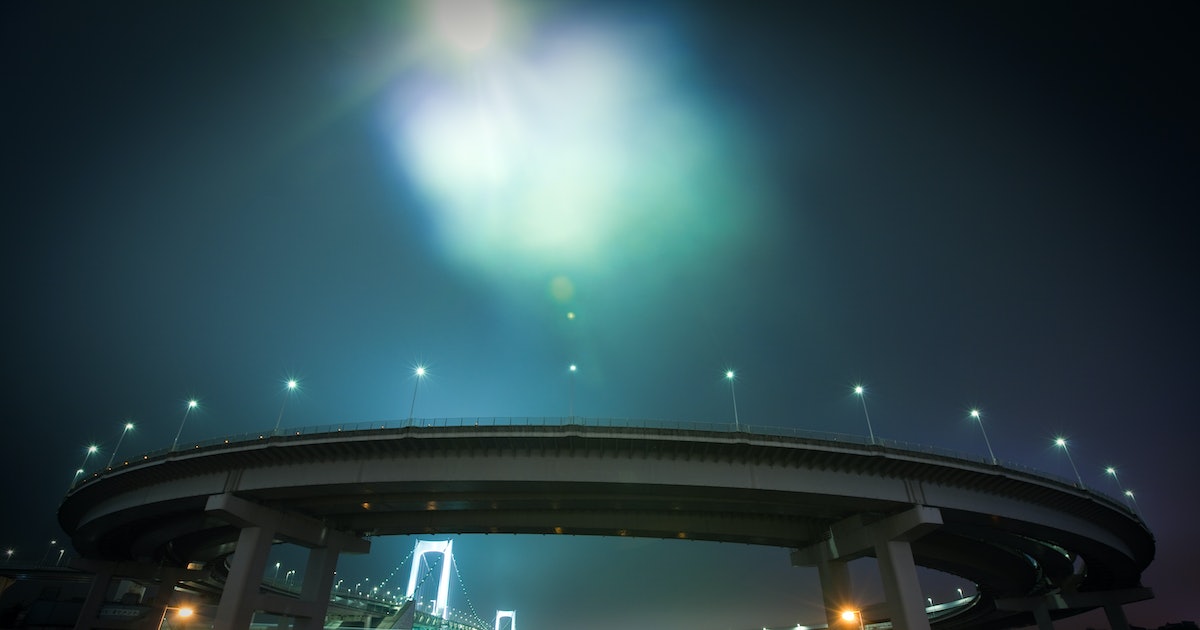 On a series On 70-year-old photographic plates containing images of the night sky, a few astronomers say they found something odd: flashes of light that appear and then disappear, like ghosts.

“We found an image where nine stars were there, and they disappeared. And they’re not there half an hour earlier, and they’re not there six days later,” says Beatriz Villarroel, postdoctoral researcher at the Nordic Institute for Theoretical Physics. “And you wonder, ‘Is this real? “”

There is no readily available astronomical explanation for what these light vanishing points, which researchers call transients, could be. The dots could be flaws in photographic emulsions or image artifacts from when astronomers first scanned the plates. But in a series of recent papers, Villarroel and a small team of astronomers have been probing more seriously the possibility that lightning could be something more exciting – extraterrestrial objects.

A bright, rotating object passing near Earth would leave a line of dots in a long exposure image of the night sky. Asteroids or meteors probably won’t look like this – most asteroids are dark and meteors move so fast they would look like contrails. And, more intriguing to the researchers, there were no satellites in the night sky when the images were taken, as all the plates were before Sputnik was launched.

Still, Villarroel and his colleagues haven’t ruled out earthly explanations for these tantalizing points. And there is a long history of events associated with the search for extraterrestrial intelligence (SETI) that crumbles under closer scrutiny.

What they found – The vanishing dots that so excited Villarroel first appeared as part of a search for more mundane astronomical phenomena. There are a number of things in the universe that will shine for a short time and fade away again, such as supernovae, actively powering black holes, blazing stars, and the like. But searching for these transient objects is nearly impossible today because of the thousands of satellites and millions of pieces of space junk orbiting Earth, many of which appear as momentary flashes of light in photos of the night sky.

“The entire sky is now filled with multiple transients from all the space junk,” says Villarroel.

So she and other astronomers turned to photos of the night sky taken before the age of satellites. Beginning in the late 19th century, astronomers began surveys of the night sky, using telescopes and photographic plates to image large swaths of the cosmos as seen from Earth. Villarroel used a series of plates from the Palomar Observatory Sky Survey, which ran from 1949 to 1958 and covered much of the sky seen from the northern hemisphere, looking for transients.

His research is part of the Vanishing and Appearing Sources during a Century of Observations (VASCO) project, which, along with an associated citizen science project, searches for transient light sources in the night sky. But after carefully examining the plates, Villarroel and his colleagues noticed something strange: nine points of light, all aligned, appeared on a single plate from April 12, 1950. It was nothing like supernovae and quasars they’d normally find, which appear as single dots.

In an article published in Scientific reports in 2021, scientists are taking a closer look at the nine transients to see if they could find a more ordinary explanation for them. They ruled out astrophysical explanations, passing planes, asteroids and other known light sources. The dots could come from contamination caused by nuclear fallout, they say – it was the age of nuclear experimentation, after all. But no known testing took place in 1950. Villarroel and his colleagues suggest this leaves the door open for other explanations. Like, say, an alien spaceship.

want to believe – In two subsequent papers, the researchers take this idea more seriously. In an article by Acta Astronautics published in 2022, they explore ways to find similar examples of transients in other images, laying the groundwork for future research. And in an article published in 2022 on the pre-print server, the arXiv (meaning it has not yet been peer-reviewed), the researchers detail other examples of transient flashes of light that appear to line up.

Villarroel doesn’t say they’re aliens, of course. “We are very careful when we write our articles because we don’t know if they are real or not,” she says. “We always have to assume that’s the more boring explanation.”

There’s good reason to suspect the explanation is indeed duller, says Paul Horowitz, professor emeritus of physics and electrical engineering at Harvard and a member of the alien-hunting project PANOSETI, who was not involved in the investigation. ‘study.

He used the Palomar plates earlier in his career, he says, and the presence of strange flashes of light doesn’t surprise him.

“There would be these things that we would call Kodak stars, which were basically imperfections in the emulsion,” says Horowitz. “The cinema is full of this kind of thing. If you look at enough of them, and there are a lot of them, you’re going to find artifacts.

He also points out that the object, if there was one, need not be in geosynchronous orbit, as Villarroel and his co-authors suggest. Depending on the frequency and duration of the flashes, an object can appear as a series of dots in a long exposure at different distances, from inside Earth’s atmosphere to far beyond our planet. This could mean that whatever is on the plates could also be something launched from Earth.

A terrestrial object could be the best explanation for the flashing lights, says Eliot Gillum, director of optical SETI at the SETI Institute. Reverse. Although there were no satellites in 1950, the US government had begun testing rockets several years earlier, relying on the expertise of former Nazi scientists brought to the United States after the Second World War. World War. There are several military bases near Palomar Observatory, Gillum points out, each of which could have launched rockets in 1950. He says the glare could be from a maneuver known as the roll or debris program that broke off after launch.

There are also many precedents for seemingly wild sightings that turned out to be much more prosaic. In 1962, two French astronomers were stunned to discover that the stars they were observing were emitting massive potassium flares, something astronomers had never seen a star do before. But on closer inspection, the “potassium blazing stars” were just match heads, which contained potassium, lit by astronomers taking a smoke break at the observatory. And more recently, scientists studying fast radio bursts were thrilled by what appeared to be strange new signals coming from near Earth – only to later find they came from microwaves heating up astronomers’ lunches.

Even if the mysterious flashes of light aren’t extraterrestrial, that doesn’t mean we haven’t learned anything, says Gillum. “One of the things that I think is really cool about SETI is that it says, ‘OK, I think I understand all the science of things there, [so] what is at the limit, what is outside of what I understand? he says.

Exploring the far reaches of science could bring new insights – or, sometimes, explanations as simple as specks of dust that landed on photographic plates seventy years ago. But Villarroel says that while their research rules out one real object, that suggests an upper bound on the number of extraterrestrial objects that could be near Earth. At one billionth for every square kilometer of space, the number is miniscule – not a good sign for people hoping to find aliens visiting our solar system.

Villarroel says she hopes to be able to study the Palomar plates themselves — her team had used scanned images of them — to study the images under a microscope to better observe the transients. And she would like to look at images of other sky readings to see if similar transients appear. There may indeed have been something there on April 12, 1950. But what it was remains a mystery.