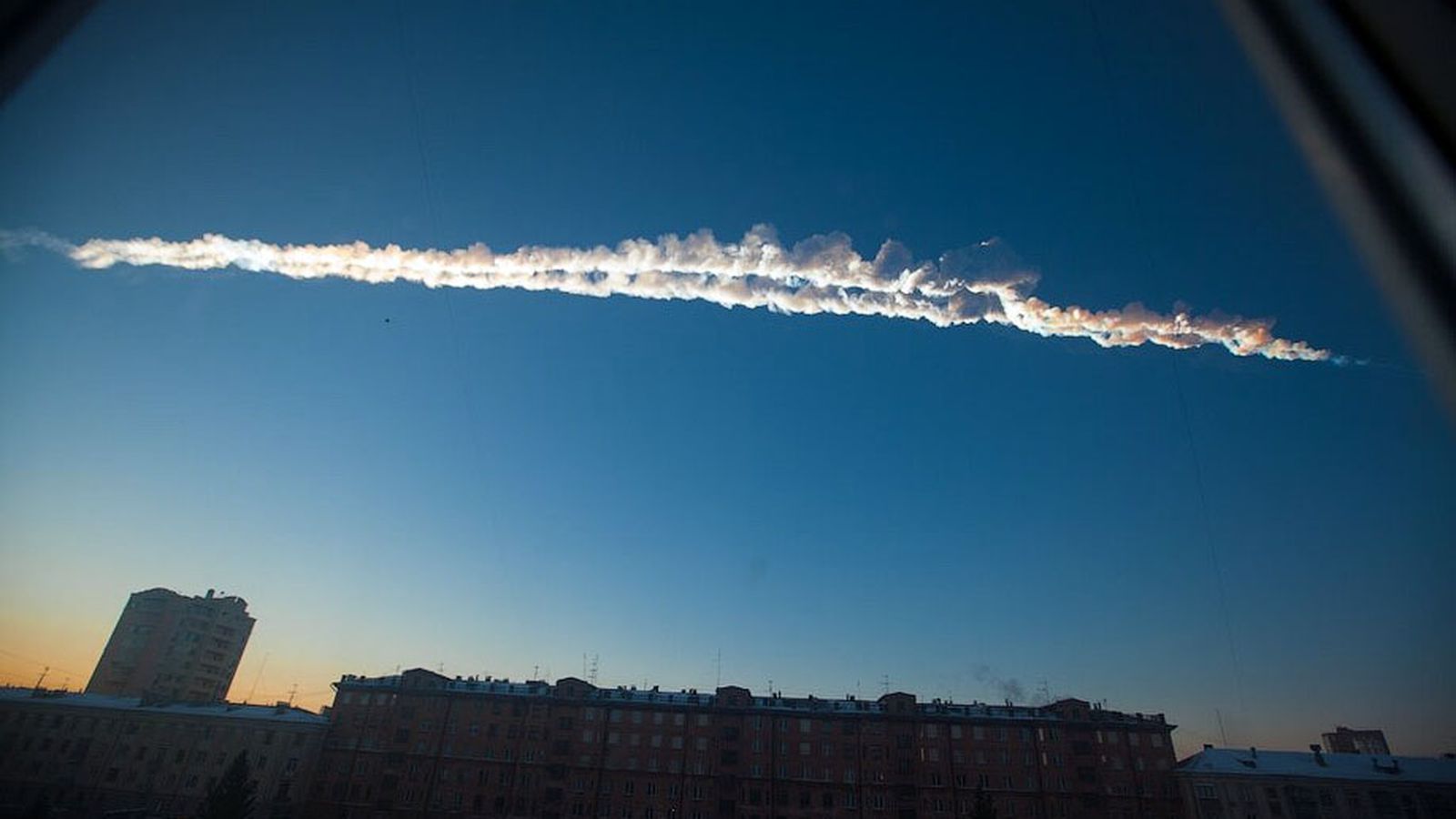 The meteor that hit Russia near the Ural Mountains earlier this month broke a record here on Earth, the biggest meteor to impact our planet in 105 years. But it’s actually commonplace in cosmic terms, and there are millions more where it came from, according to several groups of scientists who have traced the Russian meteor back to its starting point in the main asteroid belt of our solar system.

“There are millions more like it,” said William Cooke, senior scientist at NASA’s Meteoroid Environment Office, in a article about the origins of the meteor on NASA’s Science website published on Tuesday. Cooke and other NASA scientists believe the Russian meteor came from the main asteroid belt, a donut-shaped ring of asteroids, most of which lie between the orbits of Mars and Jupiter.

Above NASA diagram showing the asteroid belt relative to Earth’s orbit (blue) and that of Mars (red) and Jupiter (purple). The red dots are asteroids passing close to Earth.

Thousands of these asteroids pass through Earth’s orbit, but not all of them represent a danger: NASA recently published a survey from its infrared space telescope WISE estimating that there are about 4,700 of these near-Earth asteroids which are “potentially dangerous”, or large enough to survive in the planet’s atmosphere and capable of doing damage. Unfortunately, only 20-30% of them had been found by mid-2012.

Separately, two scientists in Colombia used publicly available dashcam and security camera footage of recent Russian meteor fragments streaking across the sky to pinpoint its origin in a specific cluster of about 240 near-Earth asteroids known as the Apollo family. This could mean that it was a close cousin of the last large meteor to impact Earth, the Tunguska meteor, which also impacted Russia in 1908 and was retraced to the same group of asteroids.

The Colombian analysis noted that the 2013 meteor fragmented into several pieces as it entered Earth’s atmosphere, including a large one that is believed to have left a hole in the ice on a lake in the Urals roller coaster. near the city of Chelyabinsk. Locals and tourists scoured the nearby area to try and find the fragments, with some success. About 100 fragments have been confirmed by authorities, including a A 2.2-pound fragment has just been found, and divers recently holes spotted in the lake bed which they believe was also made by meteor fragments.