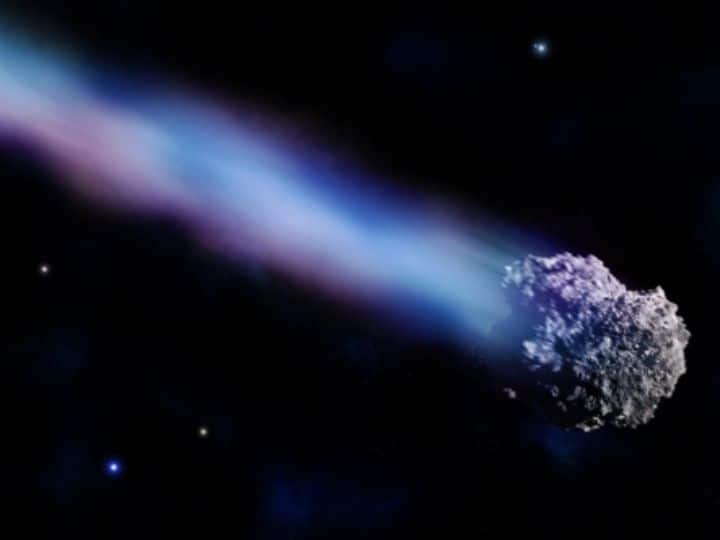 New Delhi: A giant comet, one of the largest ever detected, is traveling through our solar system at an alarming speed. The comet, called Bernardinelli-Bernstein, has a surface equivalent diameter of about 137 kilometers, according to a new study.

The study, conducted by French and Spanish researchers, will be published in the journal, Astronomy and astrophysics.

With a diameter of about 137 kilometers, the comet is 15 times higher than Mount Everest, which has an altitude of 8,848.86 meters, or about 8.85 kilometers. The summit of Mount Everest is one of the highest points on Earth.

ALSO READ: Scientists watch DiCaprio’s ‘Don’t Look Up’ on Netflix. Here’s what they say about his messages on climate change

According to an article published by indy100, an online sister newspaper to the British online newspaper The Independent, the comet is almost unfathomable and difficult to understand, and is six times larger than the comet that caused the extinction of the dinosaurs a while ago. about 65 million years old. .

Bernardinelli-Bernstein is the prominent archetype of distant comets, whose activity is driven by hypervolatiles (compounds such as carbon monoxide and methane), according to the study.

It is by far the largest Oort cloud object ever found and is almost twice as large as comet Hale-Bopp, according to the study. Oort Cloud is a predicted collection of icy objects that are more distant than all the rest of the solar system, and lie well beyond Pluto and the outermost edges of the Kuiper Belt, according to NASA. The Oort Cloud is believed to be the origin of many comets.

Comet Hale Bopp was an exceptionally bright comet that flew close to Earth in 1997 and was one of the brightest comets to reach the inner solar system in recorded history, according to NASA.

Dubbed the Great Comet of 1997, Hale Bopp was a record-breaking comet, with the largest well-measured cometary nucleus known after comet 95P/Chiron. Appearing 1,000 times brighter than Halley’s Comet from the same distance, Hale-Bopp was a very special comet because comets don’t typically shine as brightly when beyond Jupiter’s orbit, according to EarthSky .

As Bernardinelli-Bernstein will approach and pass perihelion, which is the closest point to the Sun in the path of an orbiting celestial body, monitoring dust and gas emissions will help study the pattern of comet activity and compare it to the distant Hale-Bopp activity, the authors noted in the study.

Quoting Samantha Lawler, a University of Regina astronomer who was not involved in the research, the indy100 article said the comet is huge and is by far the largest comet ever discovered.

When was the comet first spotted?

The comet was first spotted inadvertently by astronomers during a survey of galaxies in the deep cosmos in 2014, according to the article. Observations were made on August 8, 2021, at a distance of 20 astronomical units or nearly three billion kilometers from the Sun, according to the study.

The comet is heading for a perihelion of nearly 11 astronomical units, or 1.62 billion kilometers, in 2031, according to the study. This is the distance between Earth and Saturn.

The comet’s “heat flux” gives the surface diameter equivalent to the comet’s surface, according to the study. Then the albedo, which is the proportion of light reflected from the surface of an astronomical object, is determined from the usual relationship between diameter and magnitude H, which is the visual magnitude an observer would register if the he asteroid was placed at an astronomical position. unit away from the Sun and at zero phase angle.

Meanwhile, a recent study by researchers at the University of Cincinnati, USA, suggests that a near-Earth comet may have caused the rapid decline of the Hopewell culture, an ancient pre-Columbian Native American civilization. Falling debris from the comet created a devastating explosion over North America 1,500 years ago.