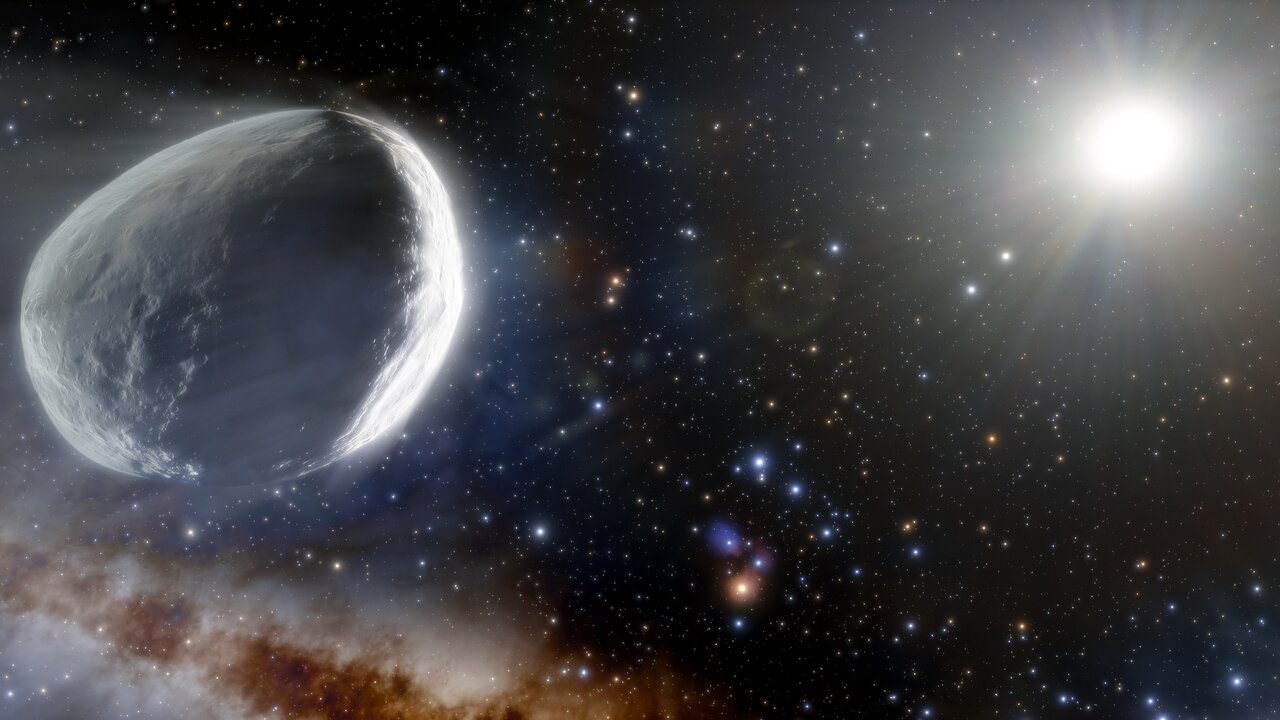 A massive comet, larger than two moons of the planet Mars combined, is approaching our solar system. The Bernardinelli-Bernstein mega-comet, named after Pedro Bernardinelli and Gary Bernstein, has been dubbed the largest comet man has seen and is also often referred to as “the nearly spherical cow of comets.”

Astronomers who discovered the comet are from the University of Pennsylvania, found data for the comet via the Dark Energy Survey (DES) which was underway at the Inter-American Observatory at Cerro Tololo.

The comet, which was initially estimated to be over 200 km wide, was later found to be over 150 km wide, larger than Mars’ largest moon Phobos and Deimos together, with a tail.

The megacomet will approach Earth in 2031 but may not collide with Earth, so there is no threat, astronomers believe. The comet poses no threat to our planet, believe astro-amateurs. The nucleus is not resolved and there is no information regarding the period of rotation of the comet.

Another interstellar object by the name of Oumuamua has been detected passing through the solar system, discovered by Robert Weryk at the HaleakalÄ Observatory in Hawaii in 2017 about 40 days after passing its closest point to the sun on September 9 of the same year. It also did not pose a threat to planet Earth.

Understand how big solar flares can be