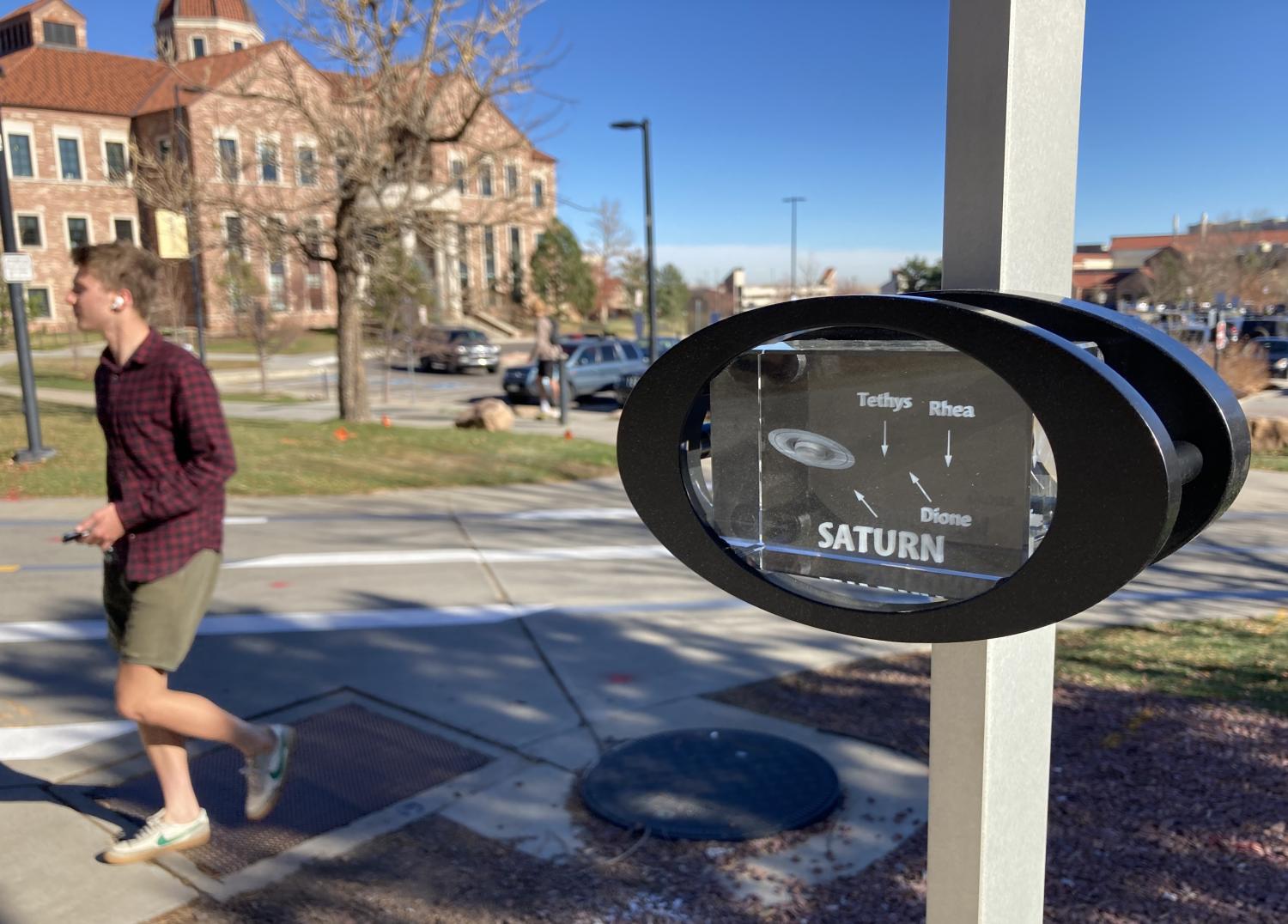 Have you ever dreamed of experiencing a planetary journey through the solar system? Or travel from the Sun to Jupiter? The University of Colorado Boulder (CU Boulder) has just unveiled a 1:10 billion scale solar system that lets you do just that.

The new model replaces an older model installed in 1987. This original model, which the university dedicated in May 1987 to Challenger astronaut and CU Boulder alumnus Ellison Onizuka, served as the inspiration for the “Voyage Mark I” scale model solar system permanently installed on the National Mall in Washington, D.C. Built by the National Travel Programthis model was also 1:10 billion scale and housed the scaled Sun atop a black granite pyramid.

Today, CU is leading the way with the world’s first installation of the most material-efficient and therefore more cost-effective,”Voyage Mark IImockup. This updated model is intended to serve as a prototype for affordable installations worldwide.

The Sun in the new model, the size of a grapefruit, sits outside the university’s Fiske Planetarium and marks the beginning of the reduced-scale solar system. About 20 paces away is the model of the Earth – about the size of a ballpoint pen tip. Further out, about 100 paces from the solar model (beyond the pole of the model’s asteroid belt), one approaches the first gas giant, Jupiter – the size of a marble. The scale model continues for about a third of a mile before reaching the dwarf planet Pluto. But it doesn’t stop there! Beyond Pluto, a final pole resides at the scale distance where the Voyager 1 spacecraft took the famous “pale blue dot” image on February 14, 1990.

Just as a CU Boulder graduate student, Jeffrey Bennett, led the development of the original Model Solar System, another graduate student, James Negus, drove the update. While teaching an introductory astronomy lab, Negus noticed that the existing model had cracks from weathering and vehicle collisions over the years. He also observed that the exposure still listed Pluto as a planet! So in 2018 he launched a campaign with the help of Fiske Planetarium Director John Keller, Seth Hornstein University Sommers Bausch Observatory Director, and Bennett to upgrade the original model to a system with improved graphics and scientific content.

The team also reached out to communications professor Teri Reub to create a free mobile app that ties in with the new exhibit., now available on the Apple App Store. Wanderers CU provides a sound experience that responds to a visitor’s movement throughout the model.

Visitors can listen to the relative mass and orbital period of each planet converted into audible “chords”, with each celestial body (including the asteroid belt and the dwarf planet Pluto) having a unique frequency inversely proportional to its mass. As the mobile listener travels from planet to planet, they hear a dynamic soundscape in which the volume and direction of each planet’s sounds change depending on the participant’s location in the exhibit.

Listen to an example here:

The team raised the funds to acquire the new model over three years. Now, 11 more communities have committed to building their own scale models based on this representation, and more than 40 more have expressed interest. The new Wanderers model and app will serve as educational resources for CU Boulder students and all campus visitors.

We Can’t Stop Our Planet’s Next Mass Extinction, Researchers Say