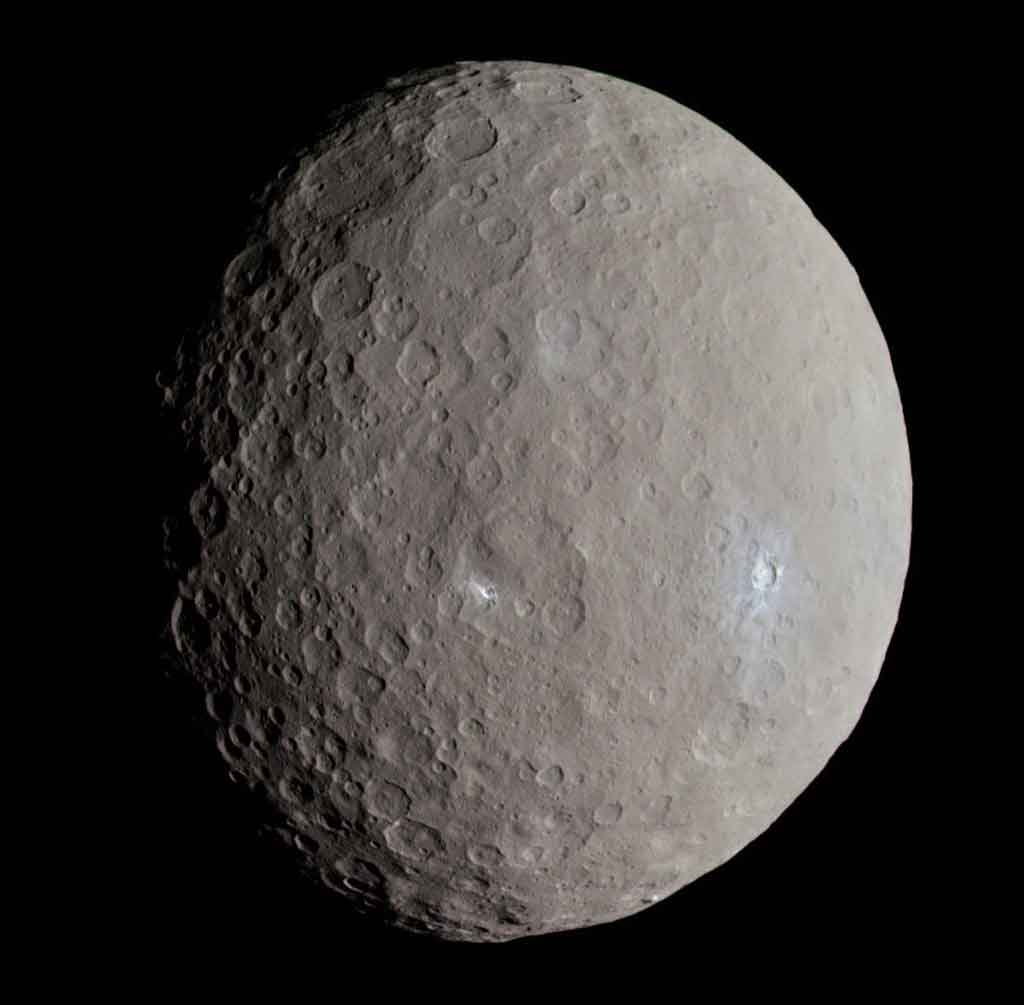 Trying to figure out why Ceres’ hazy exosphere contains ammonia, simulations show that the dwarf planet formed after Saturn and moved inward.

Scientists trying to understand the composition of Ceres’ thin, hazy atmosphere have now discovered that the dwarf planet likely formed in the outer solar system and moved inward. The early days of planetary formation were turbulent times, with Jupiter and Saturn vying for space, icy giants like Uranus and Neptune being pushed outwards or even kicked out of the solar system, and smaller bodies bouncing around like billiard balls as gravitational forces pulled them. in all directions. In the journal Icarus, a team of researchers explain how they used computer models to work out their theory that Ceres formed further afield.

Let’s start at the beginning. Ceres, as observed by the dawn mission, turns out to have some ammonia in this fine mist, which is caused by the heat of sunlight. This fog comes from below the surface, and it is actually a mixture of water and ammonia. And then there are all those icy deposits at the bottom of the craters on Ceres. But bodies in the asteroid belt usually don’t have ice. They are dry and dusty. And that’s why this team wanted to see if perhaps Ceres had trained elsewhere.

This is where these huge computer models came in. The team started from the hypothesis that Ceres was a planetesimal in its own right – those pieces of rock, gas and dust considered to be the building blocks of larger bodies. big. As for the outcome of the simulations, lead author Rafael Ribeiro de Sousa explains: Our simulations showed that the formation stage of the giant planets was very turbulent, with huge collisions between the precursors of Uranus and Neptune, the ejection of planets out of the solar system and even the invasion of the inner region. by planets with a mass greater than three times the mass of the Earth. . Moreover, the strong gravitational disturbance scattered Ceres-like objects everywhere. Some may well have reached the asteroid belt region and acquired stable orbits capable of surviving further events.

In addition to this discovery, the team’s simulation also revealed that there were at least 3,600 Ceres-like objects in the early solar system beyond Saturn’s orbit. Statistically, this improved the chances of Ceres being formed further and pushed inward by all the chaos. But the chemical signatures seal the deal. Ceres looks too much like objects formed beyond the frost line to have started in the asteroid belt.