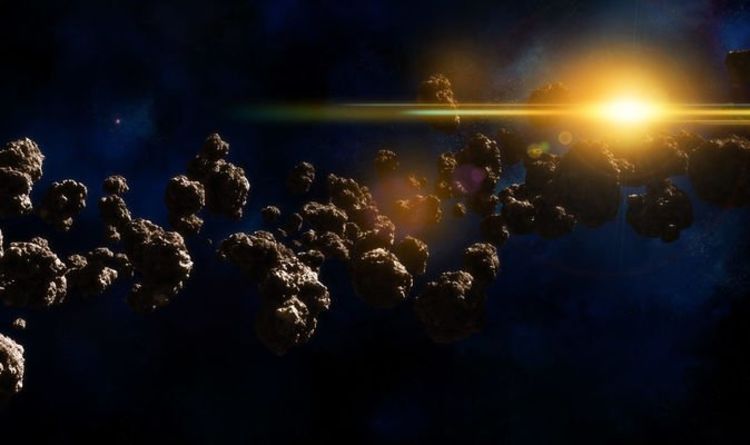 The Sun has a very limited amount of energy and in about five billion years it will cease to be so. However, when he dies, he will go extinct in a burst of glory, wreaking havoc in the solar system and the asteroid belt.

The planets inside the asteroid belt, which includes Mercury, Venus, Earth, and Mars, will be consumed as the Sun expands as it runs out of fuel at the end of its life. , but the asteroid belt will turn to dust, according to new research.

The asteroid belt is the vast region between Mars and Jupiter that contains millions of space rocks orbiting the Sun.

But it will be destroyed when the Sun dies, because our host star releases a large amount of electromagnetic radiation.

When the Sun dies, it heats up and expands massively, which changes the rotation of the asteroid belt.

The sunlight will be absorbed by the asteroids, which then generates a push into space rocks, according to research published in the Monthly Notices of the Royal Astronomical Society.

This push can cause the asteroids to rotate rapidly, and as they do, they begin to disintegrate, ultimately leaving only a cloud of space dust orbiting our expanding Sun.

University of Warwick astrophysicist Dimitri Veras said: â€œWhen a typical star reaches the giant branch stage, its luminosity peaks between 1,000 and 10,000 times the luminosity of our Sun.

The remains of the asteroids will eventually create a disc of debris, which will orbit around the dead star.

â€œWe need to know where the debris is when the star becomes a white dwarf to understand how the disks form.

â€œSo the YORP effect provides important context to determine the origin of this debris. “

In its dying breath our sun will erase the asteroid belt