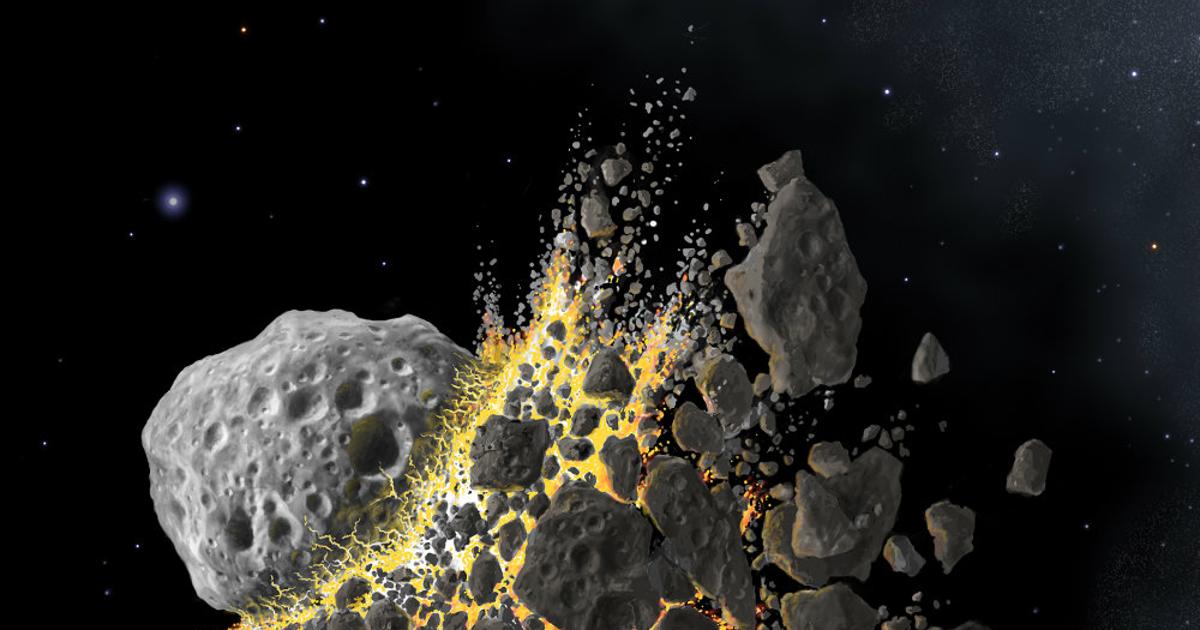 They may seem like boring old rocks, but asteroids and meteorites have fascinating stories to tell about the history of the solar system. New research from the University of Florida has now traced the origins of nearly all of the asteroids in the inner belt to just five or six ancient minor planets.

The solar system was much rougher in its youth than it is today. As the enormous disk of dust and gas surrounding the Sun began to clump together, planets and moons were born and torn apart as they crashed into each other. The eight planets we know today are the survivors of that time, but other protoplanets were likely scrambling for space before or during their reign.

Some of these lost worlds came to an explosive end when they collided with Earth, Mars, and Uranus, but they continue to live in the form of the moons of these planets. Meteorites, meanwhile, tell the tale of ancient oceanic planets and Mercury-sized planetoids that lived long enough for diamonds to form deep below their surface – and died explosively enough for gemstones to form. be thrown into space.

These long-dead bodies appear ephemeral and difficult to count, with current classifications involving hundreds of asteroid families. But the new study suggests that going far enough back these families could be related, meaning all the asteroids in the inner belt could have come from a few minor planets.

Researchers at the University of Florida examined 200,000 asteroids in the inner asteroid belt. For rocks not assigned to families, the team found a correlation between their size and orbit – in particular, the larger the rock, the more eccentric (oval-shaped) the orbit. The reverse was true between their size and orbital tilt – basically, the smaller the rock, the more tilted its orbit relative to the flat plane around which most objects orbit.

Researchers say these connections suggest that up to 85% of the asteroids in the inner belt can be traced to five known families: Flora, Vesta, Nysa, Polana, and Eulalia. The remaining 15 percent could also fall into these same categories, or a few others that are currently unknown.

“I wouldn’t be surprised if we were able to trace the origins of all the asteroids in the main asteroid belt, not just those in the inner belt, to a small number of known parent bodies,” said Stanley Dermott, senior author of the study.

While this type of collection of celestial rocks may seem unimportant to some, researchers say that a better understanding of their composition could help us find the best way to deflect asteroids that are on a collision course with Earth. .

â€œThese large bodies are passing by Earth, so of course we are very concerned about how many there are and what types of material they contain,â€ Dermott said. “If ever one of them comes to Earth, and we want to deflect it, we have to know what its nature is.”

The research was published in the journal Nature astronomy. The team describes the work in the video below.

The secret origins of asteroids and meteorites