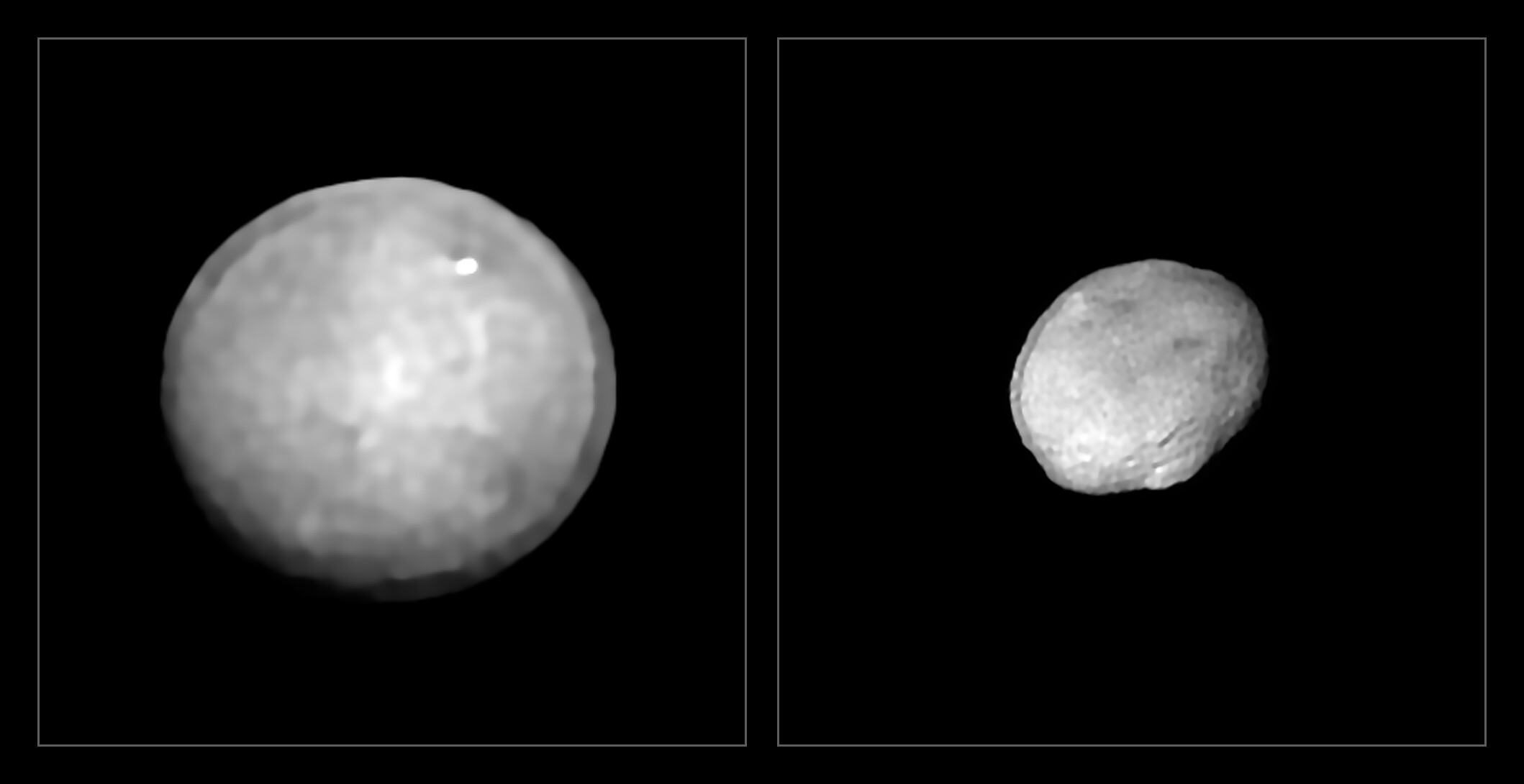 Astronomers have created highly detailed images of 42 of the largest objects in the solar system’s asteroid belt, including Ceres which is twice the diameter of the Grand Canyon.

Since asteroids are made up of intact material that existed when the solar system was formed, the detailed images could help astronomers better understand how planets like Earth evolve.

Of the 42 main objects in the asteroid belt, only three of the largest, the dwarf planet Ceres and the asteroids Vesta and Lutetia, have been detailed so precisely before, when visited by space missions Dawn and Rosetta, operated by NASA and the European Space Agency (ESA) respectively.

“Our large ESO program provided resolved images for an order of magnitude more targets, 42 in total, allowing characterization of the 3D shape and density of a representative sample of the compositional diversity of the asteroid belt. “, scientist of the Astrophysics Laboratory of Marseille, Pierre Vernazza, said News week. “Such data was not available before and that’s what motivated us.”

Of these, Ceres is the largest and Vesta is the second largest asteroid belt object with a diameter of just over 320 miles, five times the width of the Channel. The smallest asteroids the team photographed were Urania and Ausonia, both around 56 miles in diameter.

Vernazza, the main author of a Astronomy & Astrophysics document detailing the results, said News week how ESO’s investigation, and the new images it provided, delivered unexpected revelations regarding some of the objects in the main asteroid belt.

“There were many surprises, including the spherical shape of Hygiea and the heavily cratered surface of Pallas. Overall, this research has changed our perspective on many objects,” the researcher said.

By combining details about the masses, sizes and shapes of the objects, the teams were also able to determine the densities of many asteroids in the Main Belt. They found that these densities ranged from that of coal for light asteroids like Lamberta and Sylvia, to asteroids even denser than diamond, like Psyche and Kalliope.

The discovery of such a wide range of densities in the main belt asteroids indicates that some of these objects may have drastically different compositions, which could have implications for our understanding of the early solar system.

“We now have a better understanding of the variety of composition of the asteroid belt, the effect of large impacts on asteroid shapes, binary formation and the overall dynamic evolution of the solar system,” said declared Vernazza.

Such detailed images of asteroid belt objects were only made possible by the sensitivity of the Spectro-Polarimetric High Contrast Exoplanet REsearch (SPHERE) instrument mounted on the VLT.

“The angular resolution of the SPHERE instrument is about three times better than that of the Hubble Space Telescope,” Vernazza said. “We knew that the improved capabilities of SPHERE as well as the fact that little was known about the shape of the larger asteroids in the Main Belt would allow us to make substantial progress in this area.”

To get even more detailed images of these major objects in the asteroid belt, astronomers may have to wait for the completion of the Extremely Large Telescope (ELT), which is currently under construction in Chile and is expected to start operating later. this decade.

“We will have to wait for the next big step, namely the first light of the ELT,” concluded Vernazza. “In the meantime, we will continue to use the SPHERE instrument on targets of interest that were not covered by our observing program.”

Researcher at the Marseille Astrophysics Laboratory and co-author of the article, Laurent Jorda declared News week: “In the near future we plan to observe some more interesting asteroids
with SPHERE to answer new questions raised by our major program.

“When it becomes available, the ESO / E-ELT will allow us to solve a
largest sample of asteroids in the main belt and possibly even the
the largest objects in the very distant Edgeworth-Kuiper belt beyond Neptune. “