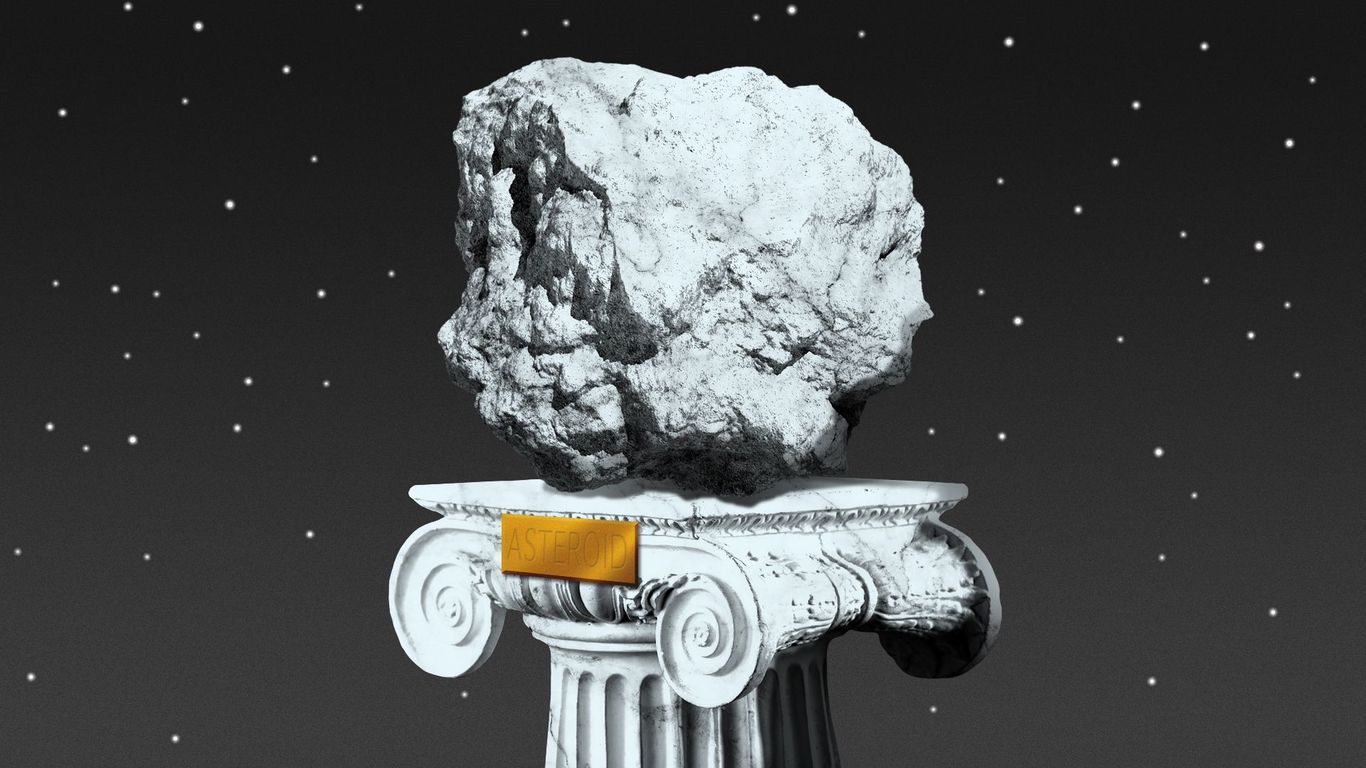 New studies, missions and rich data on asteroids give scientists a more accurate picture of the history of the solar system.

Why is this important: Asteroids are leftovers from the dawn of the solar system that carry a record of the materials that built the planets. They could help understand how the solar system formed – and how life-giving water arrived on earth.

Driving the news: A trio of papers published today analyzed samples from the asteroid Ryugu returned to Earth in 2020 by the Hayabusa2 spacecraft.

How it works: The composition of asteroids is studied by analyzing meteorites that fall to Earth or more pristine samples taken from the asteroids themselves. Previous analysis of samples from Ryugu revealed that the asteroid’s minerals and chemicals are similar to those of a type of meteorite (CI chondrites) formed in the outer solar system.

Details: In the new papers, international teams of scientists measured the abundance of noble gases, including helium and neon, in samples from Ryugu as well as the asteroid’s element isotopes.

Iron isotopes found in Ryugu and CI chondrites are distinct from those found in other meteorites that formed in the outer solar system, suggesting that they formed in a different reservoir farther from the Sun, according to one of the studies.

The plot: The findings also mean that Ryugu and CI chondrites may “share a common heritage with Oort cloud comets”, write the authors. The Oort cloud is a massive layer of ice and dust 4.6 trillion kilometers from the Sun and right under the Sun’s gravity.

Yes, but: The amount of carbon in the samples from Ryugu suggests that its parent body did not form from comets, according to a published article last month.

The big picture: Knowing more about the composition of asteroids is not just about understanding the history of the solar system.

Between the lines: The successful DART spacecraft deflected an asteroid recently, but researchers still have a lot to learn about how best to deflect an asteroid if necessary.

What to watch: NASA’s OSIRIS-REx spacecraft is expected to return a sample from another asteroid to Earth in September 2023, which will give scientists clues to the variety of asteroids and compositions that exist in the solar system.

Go further: Asteroids help trace the journey of water through the solar system