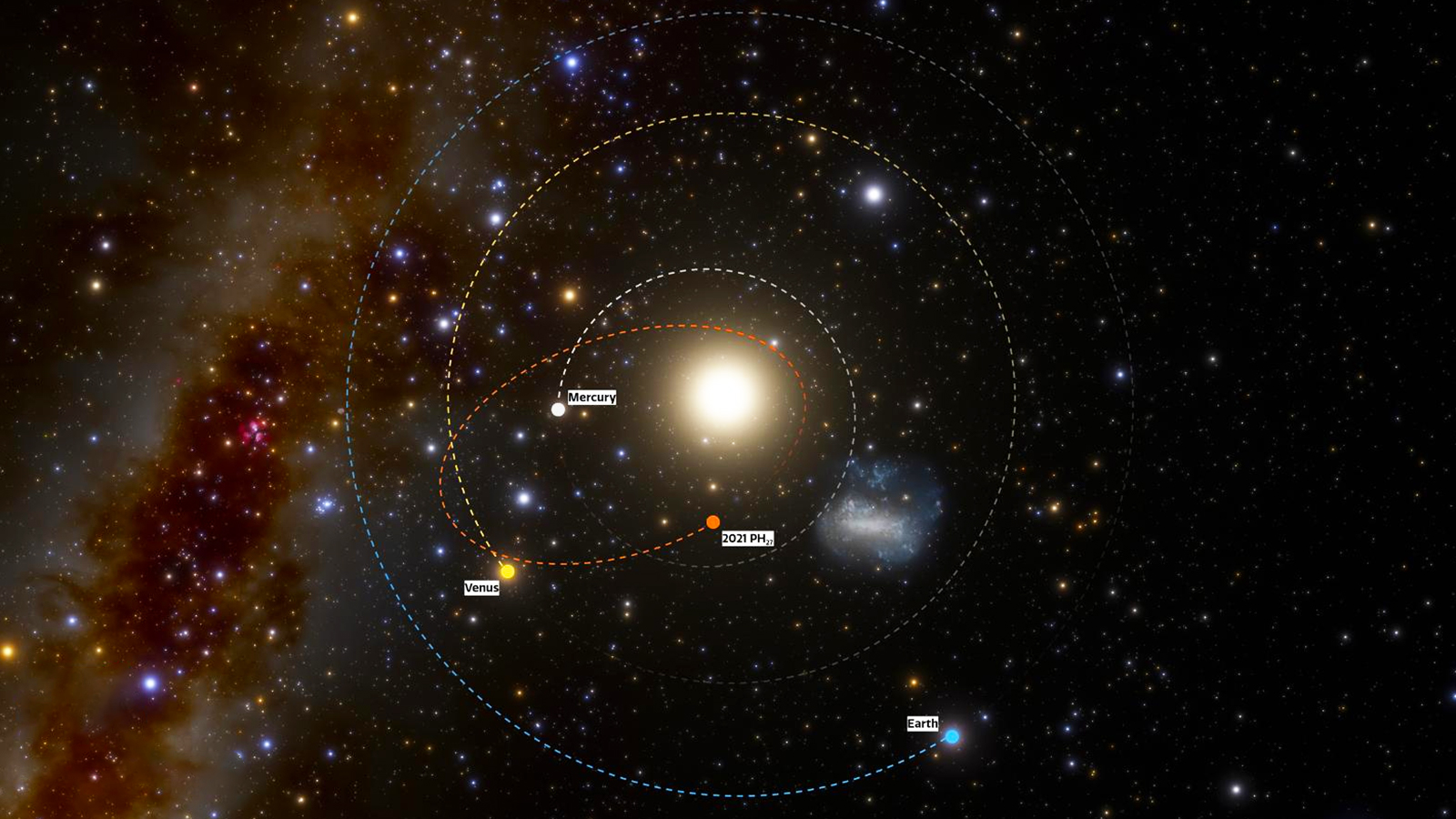 An astronomer at the Carnegie Institution for Science has just discovered a new asteroid, and it’s the fastest orbiting asteroid in our solar system, but speed is just one of the weird attributes of space rock.

Unexplored space: Astronomers are trying to keep track of nearby asteroids so that we can avoid collisions in space and, if possible, one day avoid impacts with Earth.

Most asteroid surveys take place at night because that’s when objects are easiest to see, but some asteroids have orbits that bring them closer to the Sun than the Earth.

“The interior of space in Earth’s orbit has been relatively unexplored.”

This means that they are never on the Earth side experiencing the night – they are only in our field of vision during the day.

“The interior of space in Earth’s orbit has been relatively unexplored to date,” Carnegie astronomer Scott S. Sheppard told CNN. “It is difficult to observe the area towards the sun because of the extreme glare of the sun.”

At dusk and dawn: To catch these asteroids flying under the radar, astronomers take readings when they’re easiest to see: just as the sun is setting or rising.

The fastest orbiting asteroid: Using these initial images and those captured over the next two nights, Sheppard and an international team of collaborators determined that the asteroid, dubbed 2021 PH27, orbiting the sun in just 113 days.

Hot, strong and unstable: Based on their observations, astronomers believe the asteroid is about a little over half a mile wide – Sheppard told CNN it was unusual to find a new asteroid of this size in the solar system. internal, because most have already been detected.

The asteroid also has an unstable orbit which places it closer to the sun than Mercury in some places and further than Venus in others.

“2021 PH27 gets so close to the Sun that its surface can reach temperatures of 900 degrees Fahrenheit (482 degrees Celsius), hot enough to melt lead,” Sheppard said.

“Due to these extreme temperatures,” he continued, “the 2021 PH27 is unlikely to be made of a volatile material, and it is most likely made of rock with possibly a metal like iron. . ”

The future and the past: Astronomers plan to keep an eye out for the solar system’s fastest orbiting asteroid early next year, after it makes its trip around the sun and is within range again.

These observations should help refine estimates of the asteroid’s orbit and perhaps unravel some of the mystery surrounding its origin and the 20 or so other asteroids we have discovered between Earth and the sun.

“Where do these interior asteroids come from?” He asked. “Some are recently dislodged Main Belt asteroids, others[s] could be extinct comets, but there could be another source population, such as the ‘Vulcanoids’ – a hypothetical asteroid belt between the Sun and Mercury.

We would love to hear from you! If you have a comment on this article or have a tip for a future Freethink story, please email us at [email protected].

Asteroid found in the solar system by NASA