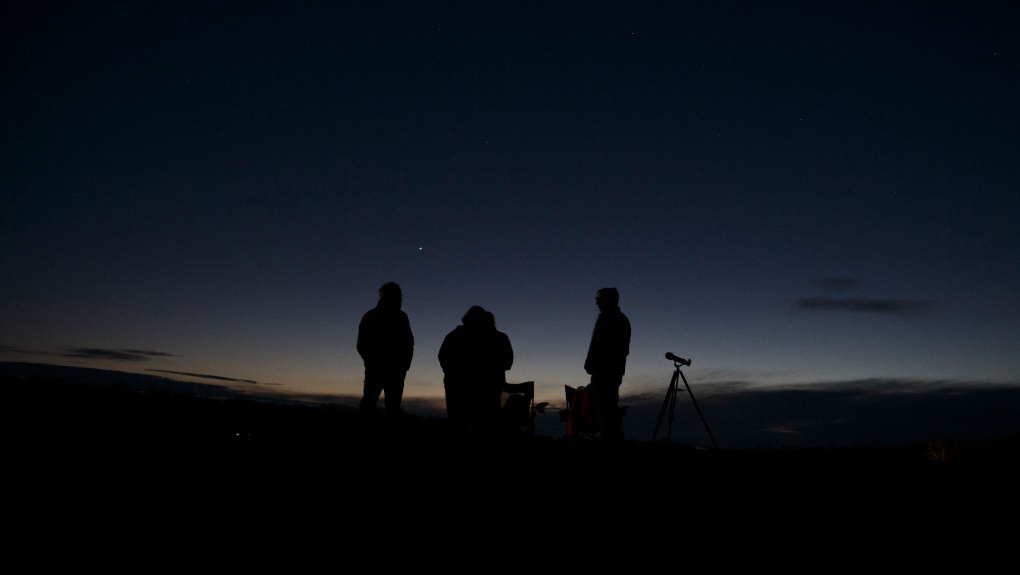 
This month, early risers in Canada might see five planets lined up in the eastern sky: Mercury, Venus, Mars, Jupiter and Saturn.


“You will see several bright objects in a row if you look east before sunrise,” astrophysicist Elaina Hyde told CTVNews.ca from Toronto. “I would say the best days to watch would be June 10 or 11.”


Hyde is Director of the Allan I. Carswell Observatory and Adjunct Professor in the Department of Physics and Astronomy at York University. She says that Venus, Mars, Jupiter and Saturn will all be visible to the naked eye.


“Mercury and Uranus are also there, but for Mercury you’ll need very dark skies and for Uranus you’ll need binoculars or a small telescope,” Hyde explained.


With clear conditions and an unobstructed view of the eastern horizon, most Canadians will be able to see the planetary alignment during the hour before sunrise through early July. The positions of the planets will change throughout the month. From June 21-25, Hyde says skywatchers and astrophotography enthusiasts will be in for a treat.


“We have the moon moving, which is going to be spectacular, because it’s a crescent moon,” Hyde said. “You’re going to have this super thin crescent moon getting closer and closer to where the sun is rising from.”


To help you locate the planets, remember that Venus is the brightest object in our sky after the sun and the moon, followed by Jupiter. Mars is a distinct orange color. Saturn appears yellowish. Mercury is the hardest to find and will be closer to the horizon. Programs and apps like Stellarium and Sky Map can help identify what’s above you.


“To differentiate planets from stars, look for objects that don’t ‘twinkle’ as much as other stars,” Hyde advised. “Light reflected from other planets in our solar system behaves a bit differently.”


Looking at our solar system, the planets are not actually aligned in space, but only appear so from our vantage point on earth.


“The last time the five naked-eye planets were aligned like this was in 2020 and before that in 2016,” said Jam Cami, a professor in the Physics and Astronomy Department of the Institute. University of Western Ontario, at CTVNews.ca. “What is perhaps rare about this particular alignment is that they line up in sequential order – that is, they are visible in order of their distance from the Sun! The last time this happened was in 2004, and it will happen again in 2040.”


Cami, who is also the director of the Hume Cronyn Memorial Observatory in London, Ont., says Mercury should be easier to spot around June 16.


“That’s when Mercury is farthest from the Sun from our perspective,” Cami explained. “Binoculars definitely help find Mercury, and if you have a steady hand or a tripod, binoculars can allow you to see Jupiter’s four largest moons or even Saturn’s rings.”


But all it really takes to see Venus, Mars, Jupiter, and Saturn align this month is a wake-up call.


“Getting up early is a requirement,” Cami said. “But you can really appreciate the alignment just by looking at it with the naked eye. You can then consider that these planets basically line up because they all orbit the Sun in approximately the same plane!”