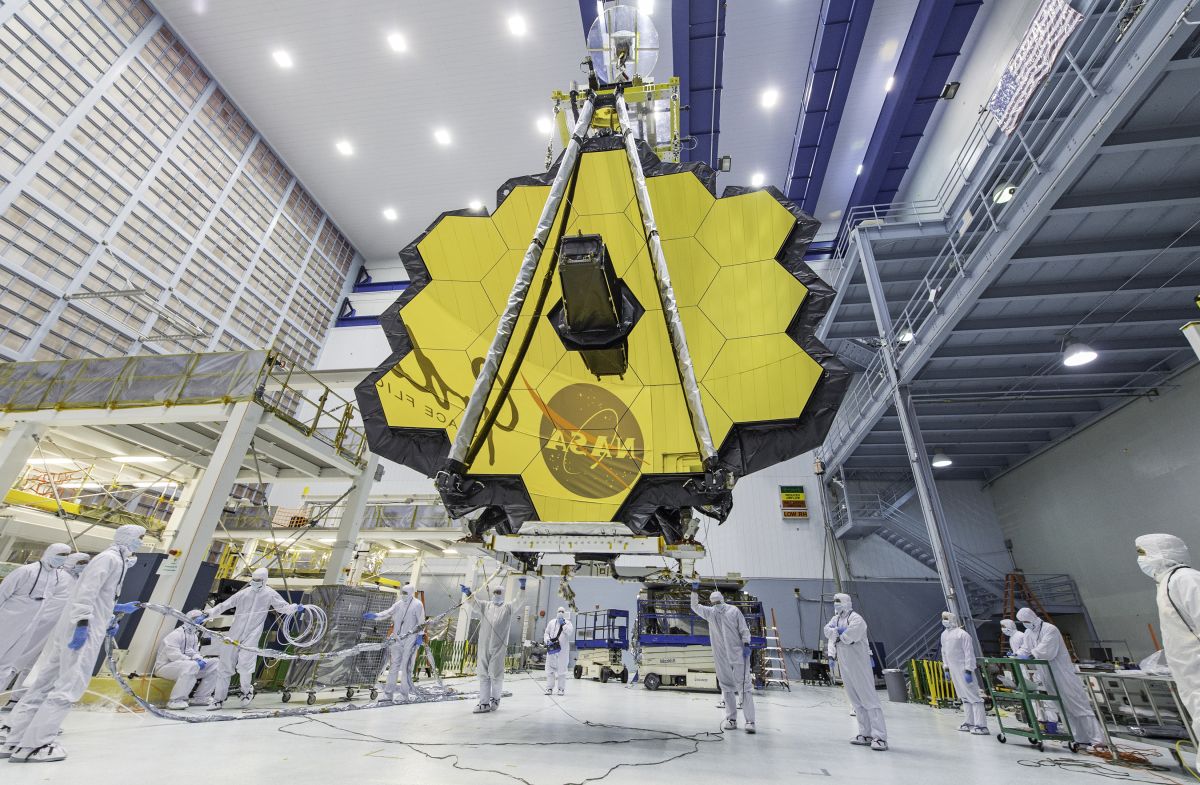 Paul M. Sutter is an astrophysicist at SUN Stony Brook and the Flatiron Institute, host of “Ask an astronaut” and “Space radio, “and author of”How to die in space. “ Sutter contributed this article to The expert voices of Space.com: Op-Ed & Insights.

New generation observatories, both on the ground and in space, have truly astronomical costs. Indeed, they are of the same scale as the major civil engineering projects, such as the new railway lines and the modernization of navigation channels. And if there is no immediate societal benefit to these projects, we may be less inclined to continue funding them.

If scientists want astronomy to thrive throughout the 21st century, we need a new approach, astronomer suggests in new article: to see new observatories through a public interest lens, enveloping them in other space infrastructure projects.

Related: Space telescopes of the future: NASA has 4 ideas for a large observatory to fly in the 2030s

The future of astronomy is in space. Currently, space observatories complement ground programs. In space, astronomers don’t have to deal with atmospheric distortion or filtering out certain wavelengths of the electromagnetic spectrum. In the meantime, ground-based astronomy has its own strengths, such as the ability to build incredibly large telescopes and much cheaper development cycles.

But in the decades to come, some scientific goals can only be achieved in space. Building telescopes over 20 meters (65 feet) in diameter is a huge logistical and technical challenge on Earth, but they could be deployed with relative ease in space. These massive observatories could directly image the surfaces of exoplanets, for example, or scan the furthest reaches of the cosmos.

Another example, the Earth is saturated with radio noise. A radio observatory on the other side of the moon would offer unparalleled access to radio signals from deep space, opening a new frontier in this field.

We can take all the pictures we want of other planets, but we have to send probes there if we want to have direct access to the geological records of the planets and the clues to the formation of the solar system that they contain.

Unfortunately, our current strategy of designing and launching space astronomy missions will not be achievable in the long term, according to a recent article published in the Preprint Database. arXiv.org.

There are two main issues with our current model, according to the document. On the one hand, the costs of new observatories and missions easily climb into the hundreds of millions, if not billions of dollars. These types of price tags are usually reserved for large civilian projects, which have direct and well understood benefits to the public. In contrast, the benefits of astronomical projects – although they are certainly worthy scientific endeavors – are less understood by the public.

Second, the launch times for new missions continue to lengthen. This is because, with these big and expensive missions, we usually only have one hit to get the mission to go smoothly, or everything has been wasted. To minimize risk, heads of mission need to be extra careful, leading to delays and cost overruns. It can easily take 10 to 20 years for a mission to move from planning to actual data collection.

These long timescales place a heavy burden on young scientists, who may spend their entire careers preparing for a single mission to provide useful science and, in turn, may discourage new astronomers from entering the field.

So what can astronomers do about it? How can they secure public support? How to keep the promises made to young astronomers?

The solution, according to the document, is to ensure that new space astronomy programs directly benefit the public. Astronomers must be able to sell these observatories to the general public. And while there are benefits to understanding the history of the solar system or the nature of distant exoplanets, it would be even better if the public saw direct, immediate, and financial value in the programs.

First, space agencies and national funding agencies should focus on smaller and more frequent missions, suggests the author of the article. For example, astronomy will have a lot to gain from the next James Webb Space Telescope, but we would also have gained a lot from a dozen new Hubble-like telescopes. Smaller, less expensive programs can also benefit from faster technology development and lower cost by using proven techniques.

Instead of focusing on big flagship missions, the author of the article says, astronomers should aim to weave themselves into the fabric of industrialization and the use of space. Private companies are eager to launch new telecommunications satellites. So, is there a way for astronomy to take advantage of it?

Second, the astronomical community should engage with engineers, architects, energy providers and other professionals, according to the document. By engaging with industry partners, astronomers could find new avenues for funding and continued support.

Is there an opportunity for a new astronomical observatory to provide direct public benefit? For example, an array of radio antennas on the far side of the moon would help us discover the origins of stars. What else could we do with it? To build a moon observation station, we needed to develop numerous technologies to locally extract resources from the lunar regolith – technologies that would be of immediate practical benefit to many private and public interests in space.

In this vision, astronomy serves as a vanguard for the development and deployment of space technologies. This technology then allows more infrastructure in space, which then allows even more grandiose scientific experiments. Indeed, it is entirely possible that this approach – by emphasizing giant, all-science missions and encouraging smaller missions and interspersed with industry – could make astronomers’ dreams come true even faster.