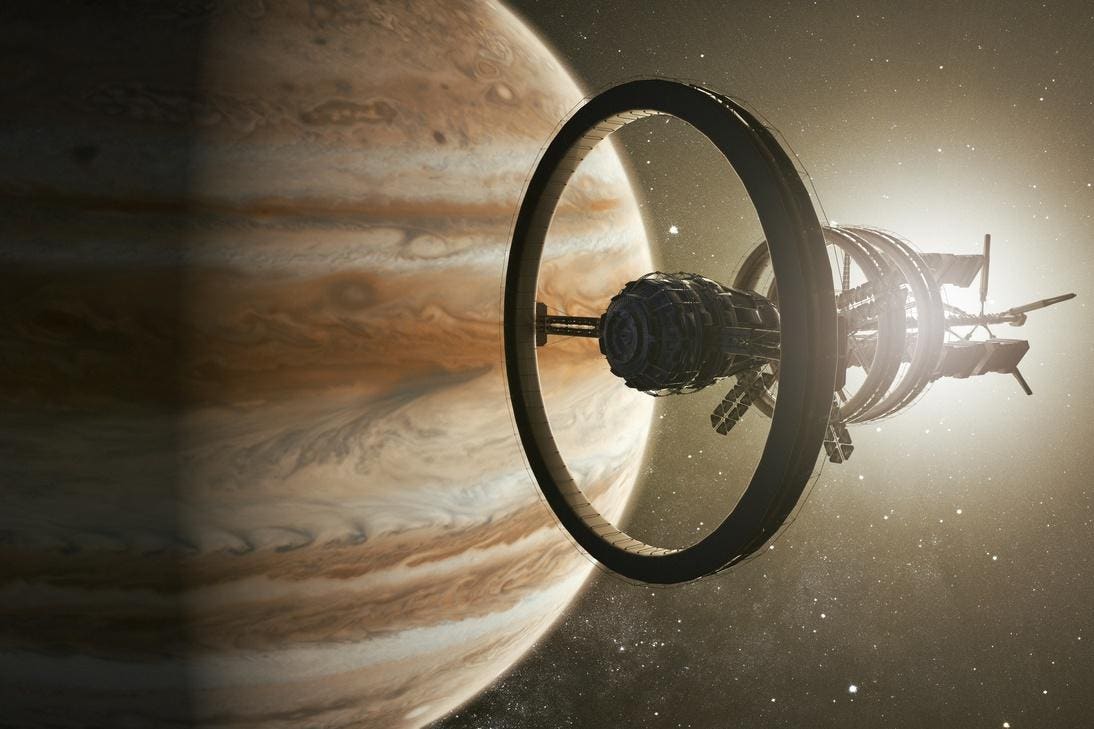 As many as nine robotic missions have visited the Jovian system – home to the solar system’s largest planet, Jupiter – and in less than 80 years humans could make the 499 million mile/803 million kilometer journey.

It could be preceded by crewed missions in the asteroid belt, which lies between the orbits of Mars and Jupiter as early as 50 years. However, trips to Saturn’s moons may have to wait a bit longer.

It’s according to a new paper published on the arXiv preprint service, which forecasts the earliest possible launch dates for human-crewed missions to select destinations in the solar system and beyond.

“Although the solar system is frighteningly large, human intelligence has taken us from the first gross heavier-than-air flight in 1903 to the surface of the Moon just 66 years later,” reads the statement. ‘article. This is less than the current average human lifespan in developed countries. “Our model…suggests that human landings on worlds beyond the Moon and Mars may well be observed by many people alive today.”

Estimates are based on extrapolations of NASA’s historical budget trend and development trends in deep space exploration research. They assume ever-increasing computing power.

The report points out that deep space exploration beyond the Moon and Mars will likely concern human expansion and the economy. “With the Earth widely explored and the human population topping eight billion even as the resources of our otherwise bountiful homeworld continue to be depleted, it is no surprise that serious consideration is being given to the colonization out of the world,” it read. “Deep space exploration activities … promote the development of national economies, technology, and our civilization’s momentum toward a more enlightened society.”

However, going further into the solar system will not be easy. The paper notes that deep space exploration – and the very long journeys involved – will be complex science and technology projects requiring national, if not international, investment.

There is, of course, a small problem with only talking about trips “beyond Mars” when we haven’t even put on boots on the red planet yet.

In fact, the Moon remains the only celestial body visited by humans, in 1969. The second data point is therefore a prediction, with the authors setting the mid to late 2030s as a realistic target for the first crewed landing. on Mars. (particularly in the wake of COVID-19 and the resulting socio-economic delays and disruptions). Specifically, they cite 2038 as the launch year for a crewed mission to Mars because that’s when Earth and Mars are closest… 2048 being listed as the date of a ” late launch.

The time we leave for Mars is critical because their predictions are calculated by counting the years since the start of the space age in 1957 when the USSR launched the Sputnik-1 satellite.

Despite this, the authors believe that the Moon is probably where most of the action takes place. “The next major step will be a moon base,” the report said. “Establishing a base on the Moon should play an important role in preparing for subsequent crewed missions to Mars.”

Mars is probably the most economically viable place in the solar system for colonization, he says, suggesting that a Martian colony of 1,000 people could be followed by the colonization of selected locations in the asteroid belt. and of certain moons in Jupiter and Saturn. systems.

The report was supported by the Jet Propulsion Laboratory and the California Institute of Technology, under contract with NASA, and assisted by the Astronomy Department of Peking Normal University in China and the University’s Computer Science Department. Radboud from the Netherlands.

I wish you clear skies and big eyes