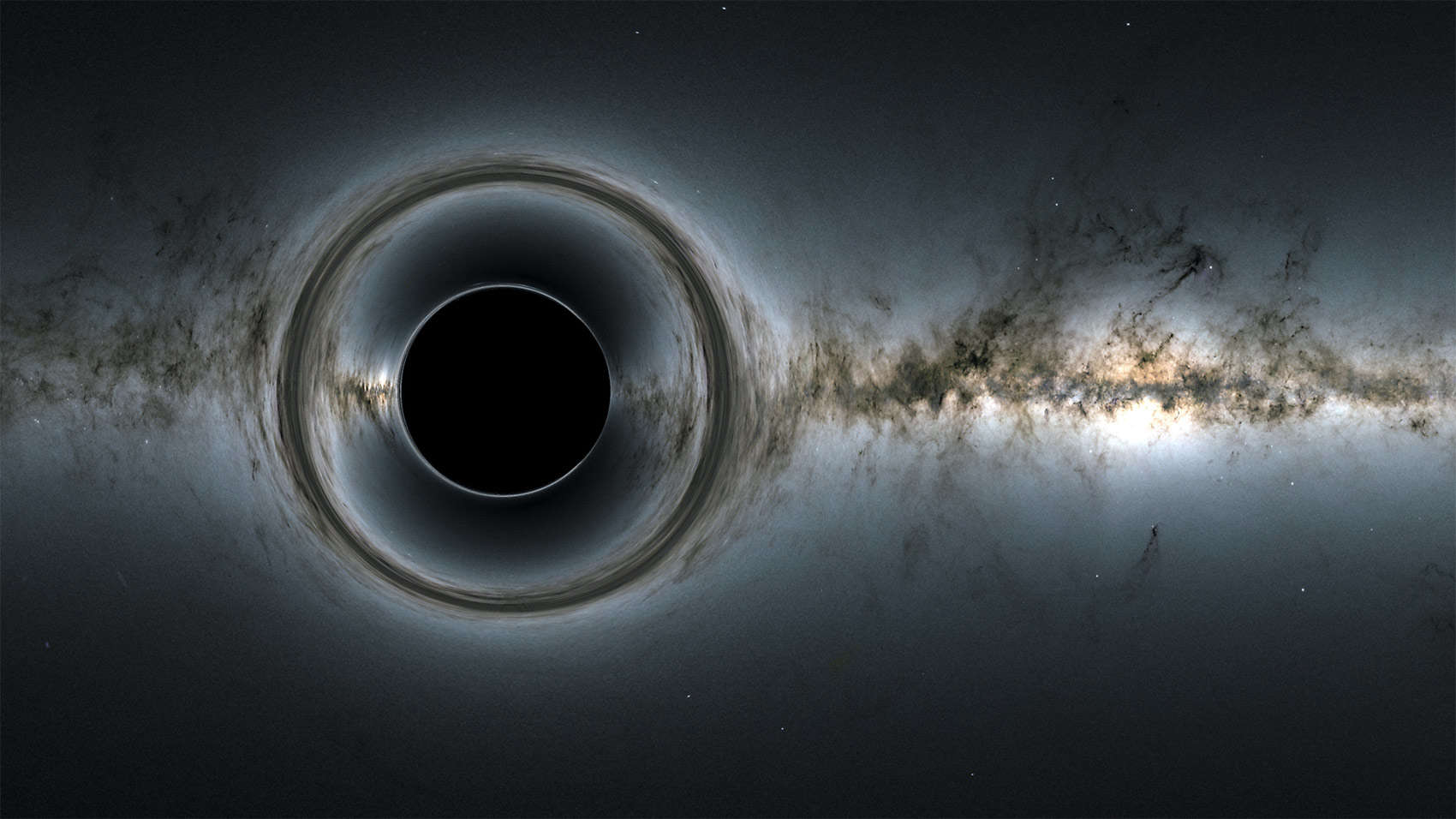 Astronomers face a number of annoying issues we have with the Universe, and one of the most important is dark matter.

Its existence was first mentioned in the 1930s, but it was not until the 1960s and 1970s that astronomer Vera Rubin showed that galaxies appeared to have more gravity than their luminosity suggested – by in other words, they had more matter than what you see as stars and other visible matter. Since that time, this black matter has been shown to exist study after study, in fact 5 times more abundant than “normal” matter – the kind we are made of – and very few or no astronomers doubt its existence at this point.

But what is it? The observations excluded faint stars, rogue planets, cold gas, and other objects that have mass but emit little light.. Most scientists believe it can occur in the form of subatomic particles called axion, which are theorized to exist but which have never been detected. This is a good working hypothesis, but not yet proven.

At one time, it was believed that dark matter could be made up of tiny black holes, whose mass was much less than that of Earth, and so tiny that they would be difficult to detect. I have already written about them; they cannot be created in the Universe today, but they may have formed in the early Universe. Very early, like a fraction of a millisecond after the Big Bang itself.

There are a few issues with this specific idea, but the idea of â€‹â€‹black holes as dark matter is compelling. A team of astrophysicists studied the possibility, and came up with a scenario that they say solves a lot of problems with other dark matter hypotheses: In the first fraction of a second in the history of the Universe, black holes were created in a wide range of masses, from about the mass of a decent-sized asteroid to tens of millions of times the mass of the Sun. These are called primordial black holes, and the way these interact and behave then explains much of what we see in the cosmos today.

These black holes would have been created when the Universe was less than a second. So much matter and energy has been compressed into such a small volume that relatively minor pressure fluctuations could cause small regions to increase in density enough to form black holes. Very weak masses formed first, followed by larger and larger masses very quickly. The larger ones, with millions of solar masses, formed last, when the Universe was around a second old.

These black holes could affect others nearby, forming local pockets of material called halos. The region’s most massive black hole would fall into the center of the halo, and the other, smaller, orbiting it. As they did, they naturally regrouped, forming binary systems, trinaries, and more.

Within moments, as normal matter (like protons, electrons, etc.) formed, it would fall into these halos. The larger black hole attracted the most material, and these have become the seeds of galaxies today. Smaller black holes attracted less mass, forming stars, although the ones we would consider extremely massive today, with hundreds of thousands of times the mass of the Sun.

After that, things evolved roughly along the standard cosmology models we have today. But this idea explains some thorny problems with the standard model.

On the one hand, we see extremely massive black holes, with billions of times the mass of the Sun, in galaxies called quasars at the edge of the observable Universe. We see quasars so far away that the light that reaches us left them when they were less than a billion years old. It is very difficult to form a supermassive black hole in such a short time according to current models, and it was quite difficult to explain.

But the new model explains this naturally; the supermassive black holes we see did not start from zero. They started out as primordial black holes that already had high mass, so they could easily grow to the huge sizes we see a billion years after the Universe was formed.

We know that essentially all large galaxies have supermassive black holes in their cores, and many features of a galaxy seem to scale to the size of that black hole. This has also been difficult to explain, but again, the idea of â€‹â€‹primordial black holes solves this problem naturally; For example, a larger, early black hole has a longer range than those of lower mass, so the galaxies that form around them tend to be larger.

We see gravitational waves, literally ripples in the fabric of the Universe, as black holes collide and merge. LIGO and other gravitational wave observatories have spotted dozens of these mergers, but strangely, the masses of the black holes appear to be larger than expected. We believe that most black holes form when massive stars explode, and these should be around 50 times the mass of the Sun, but most are said to be smaller. However, the observed fusions are very heavy, too many coming from high mass black holes. It still makes sense if a wide array of primordial black hole masses formed early on. We would see some in the mass range where it is difficult for stars to make them, explaining the sightings.

And, of course, those extra black holes would add mass to a galaxy without emitting any light, making them the dark matter constituents we see almost everywhere. The fact that they can cluster together very early on makes them difficult to spot by observation – if they are distributed evenly throughout the space their effects would be small but widespread, but if they cluster together their effects would be spotted more rarely. – so it doesn’t. necessarily contradict the observations made in the search for dark matter.

Could it therefore be that dark matter is made up of primordial black holes? Maaaaaaybe. I find this idea quite interesting, but it is still early in the game to draw any formal conclusions. But I’ll note that this idea makes some predictions that can be tested. For example, stars would form much earlier in the history of the Universe if this idea is correct compared to standard models. This can potentially be observed by JWST, currently en route to their new home in space. They also predict that many more black hole mergers have occurred in the first Universe than we expected. This could be measured by an upcoming gravitational wave space mission called LISA, or by a current program to search for these waves using pulsar synchronization.

Thus, we may soon be able to find out whether or not primordial black holes stand up to observational tests. In the meantime, of course, scientists can keep playing with the idea and see what else they can come up with, if that sustains or erodes the possibility of their existence.

This planet Iron-y has a day that lasts only 8 hours! – UBJ – United Business Journal