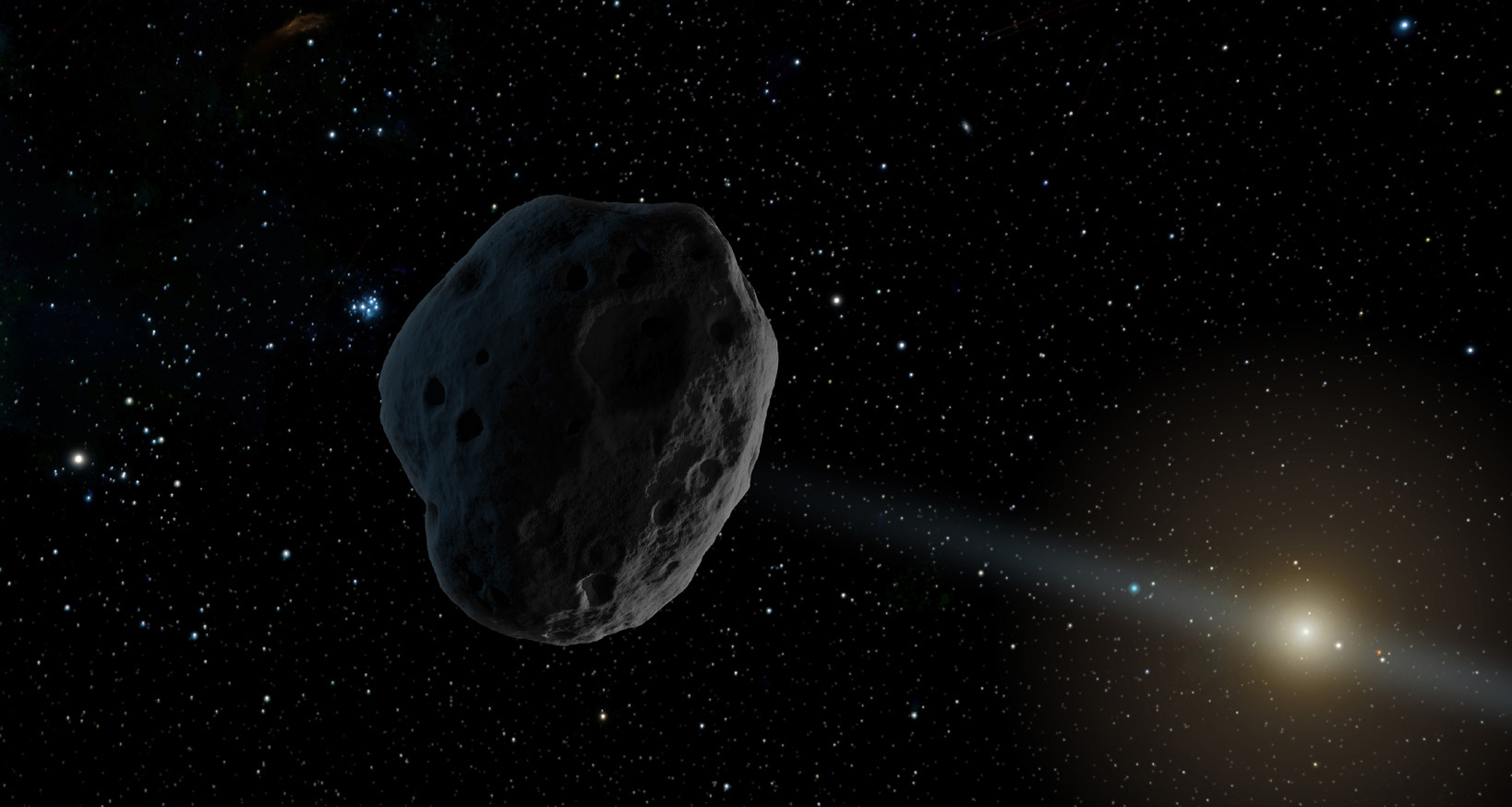 An asteroid over a kilometer in diameter has just officially become the second known Trojan Earth asteroid – an asteroid that shares its orbit with Earth.

Well, a little. Wait a second and I’ll explain.

The asteroid is called 2020 XL5 and was discovered in 2020 in images taken by the Pan-STARRS survey, which scans the skies for transients: objects that move or change brightness, such as supernovae, stellar flares, asteroids and comets.

2020 XL5 has a slightly elliptical orbit that is also a little inclined to Earth’s, by about 14°. Although it approaches the Sun up to 90 million km and up to 210, its semi-major axis – defined as half the length on the long dimension of the ellipse – is almost exactly 150 million km, like the Earth. This makes its orbital period, its year, almost exactly the same as Earth’s. In other words, it orbits the Sun in the same amount of time as the Earth.

It is important! At the end of the 18th century, two mathematical astronomers, Euler and Lagrange, discovered that if you have a planet orbiting a star, there are several stable points along the orbit where the gravitational and centrifugal forces between the star and planet balance each other. These points, now called Lagrange points, are both interesting and useful because if you place an object there, it will tend to stay there.

There are five such points: one between the planet and the star (L1), one on the opposite side of the planet (L2), one on the opposite side of the star (L3), and two more 60° ahead and back from the planet. planet in its orbit (L4 and L5). L1–3 are metastable; if you push an object hard enough it will move away, but L4 and L5 are more stable. Place something in these places and it can withstand small disturbances, staying at or near that point.

Jupiter, which has the greatest mass of any planet, has really stable L4 and L5 points, and a whole fleet of asteroids share orbits with the huge planet. The first of these were named after characters from the Trojan War, so we generically call L4 and L5 the Trojan points, with L4 called the head point and L5 the vanishing point.

So far, only one terrestrial Trojan asteroid has been found: 2010 TK7, which measures around 400 meters in diameter. It was discovered by accident during observations made by the WISE space mission. It turns out that these asteroids are very difficult to discover, because they tend to be around 60° from the Sun in our sky, so from Earth they can only be observed after sunset or before sunrise. from the sun, and even then they are quite low, making viewing windows short. Even from space, it’s difficult; the OSIRIS-REx mission searched for L4 ground Trojans as it passed near this region of space and found none.

But now we have another! 2020 XL5 is bigger, probably about 1.2 miles wide. Getting the size of a small asteroid is difficult, because they appear as dots in our telescopes. We must judge their size by their brightness, distance and degree of reflection – a small, bright asteroid is just as bright as a larger, dim one.

Tracking observations of XL5 using different telescopes (link to article) have been used to tighten orbital characteristics and have actually allowed astronomers to calculate its position in time well enough to search for archived observations more old ones taken before it was actually discovered, called pre-recovery images. This lengthens the baseline of observation times, which really helps in determining orbit.

This is where things get funny: neither TK7 nor XL5 physically share Earth orbit. Both orbit the Sun in ellipses, but both have semi-major axes identical to those of the Earth, so they both have periods of one year. Both are always ahead of Earth in their orbits around the Sun, and sometimes get a little closer and a little farther from Earth due to their elliptical orbits.*. Essentially, both orbit around the L4 point of the Earth. If you were above the solar system looking down at Earth and were directly above Earth, you would see the two asteroids forming a roughly red bean-shaped pattern over the course of a year.

I know it’s a little weird, but orbital mechanics are very weird. The point here is that they never get very close or very far from Earth, although their distances vary.

These types of orbits are not permanently stable. The gravity of Venus and other planets pulls them constantly and, over long periods of time, can destabilize asteroids, sending them on a different trajectory. Gravitational simulations show that 2010 TK7’s orbit is unstable over a period of about 15,000 years, so it must have wandered into this current orbit less time ago, probably more than 2,000 years ago.

Similar simulations show that 2020 XL5 likely became an Earth Trojan around 600 years ago, and is expected to remain so for around 5,000 years before being blasted into a different orbit.

In general, terrestrial Trojans make desirable space probe targets because their speed relative to Earth is very low. Once you get a probe away from Earth, it doesn’t need a whole lot of extra fuel to get there – and it would be easier to pick up samples and send them back to Earth too.

However, XL5 and TK7 have orbits inclined relative to us, which makes access to them much more difficult. But the discovery of the XL5 is intriguing. This hints that large rocks could still be discovered and may have more attractive orbital configurations. We’ve only visited a handful of asteroids up close, leaving the door open for potential future missions.

*Although not close enough to be a threat, which is good considering the size of these rocks.