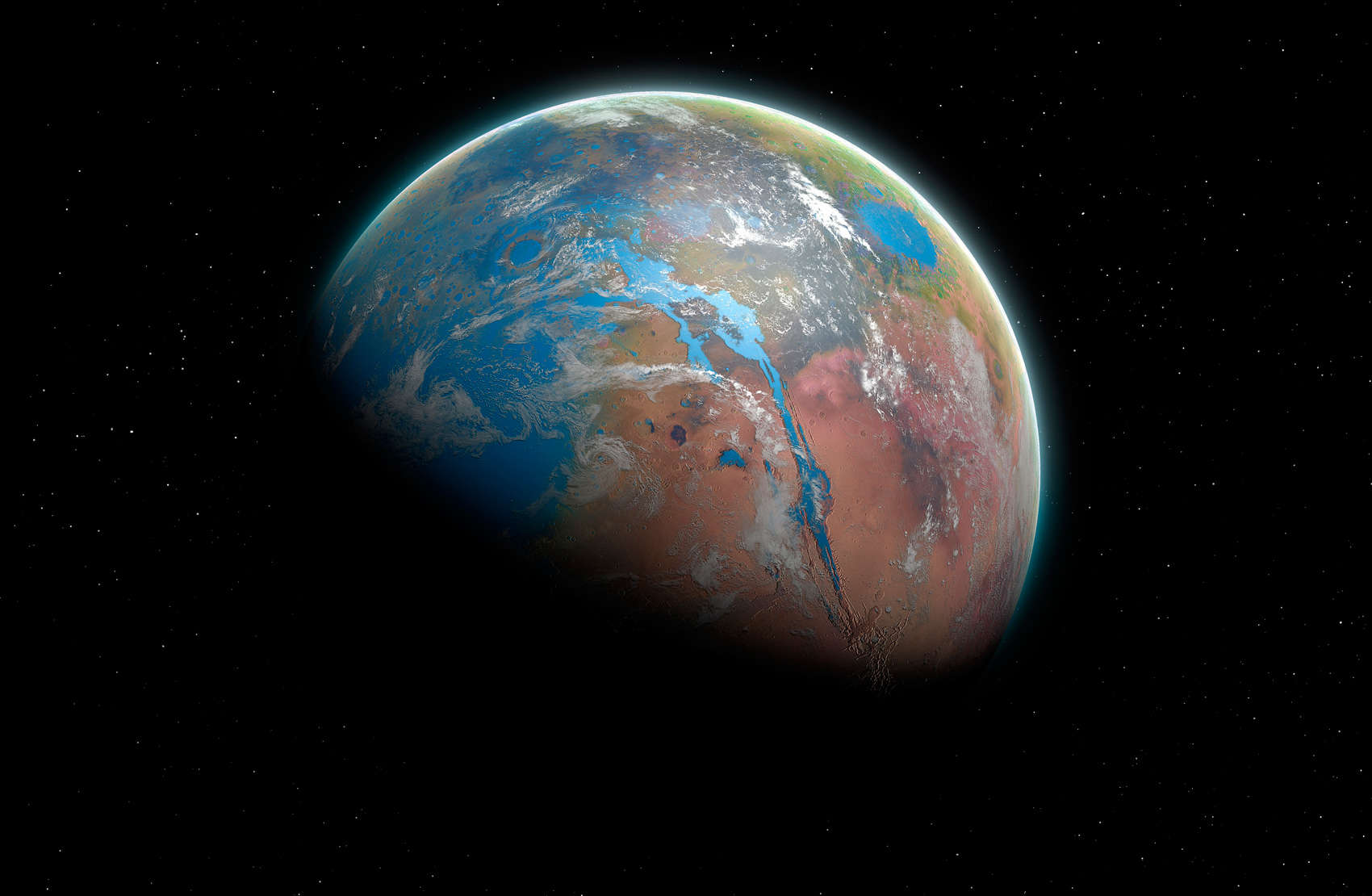 We talk a lot about Mars being dry, but that doesn’t mean it has no water: it means there’s no liquid water to be found. Instead, it’s in the form of ice cream.

There are millions of cubic kilometers of frozen water ice at the Martian poles. Small asteroid impacts have also revealed water ice just below the surface at mid-latitudes; the impact digs into the material from below, exposing the ice.

The equatorial regions have been more of a mystery. It’s cold enough in most places there, especially below the surface, to support long-term water ice. But is it there?

The answer is no, at least not at a location in western Elysium Planitia. It’s a large flat region on the equator where NASA’s Mars InSight lander touched down. InSight’s mission is to probe the interior of Mars using various devices, including a seismometer called SEIS – the Seismic Experiment for Interior Structure – a thermal probe to detect how heat travels through the surface from below, and more.

SEIS has detected more than a thousand Marchquakes since it landed in 2018, including several large ones. These can be used to probe the interior of the planet – in fact, much of what we know about the Earth’s interior is due to the measurement of seismic waves from earthquakes as they pass through different layers below. Some waves travel through solid material but do not pass through liquid, waves can be bent or reflected from layer boundaries, and wave speeds change through different materials. Geologists use all of this to map the Earth’s interior.

The same is true for Mars. Using SEIS data, a team of scientists mapped the changing speeds of waves crossing the surface in InSight. They used rock physics models to determine the most likely composition of the material there.

Their findings are surprising [link to paper]. On the one hand, they find little or no traces of water, ice or liquid, at a depth of 300 meters under InSight.

We know that Mars had abundant liquid water on its surface billions of years ago. It’s not entirely clear what happened to it, although a common misconception is that Mars’ core lost its ability to generate a magnetic field, and when that collapsed, the solar wind stripped Mars of most of its air and water. But it is possible that much of the water has seeped into the surface and still exists as frozen aquifers, although one can guess how widespread they would be.

These new results rule out the existence of frozen lakes under InSight.

And there’s more. Or less, I guess. The best fit using the models to the structure in InSight also indicates that it is made up of sediment and fractured basalt, but this material is not cemented. Case hardening occurs when material has flowed between the grains and solidified, hardening them in place. But InSight’s results imply that the material has no cementation, so it’s not strong. It’s fractured.

The rocks in this area of ​​Elysium are basaltic lava flows from nearby volcanoes. Over time, this type of rock can fracture and form small rocks or grains; there is also evidence of sediment below the surface.

This material is not tightly packed, so it is theoretically possible that water could seep into the space between the grains. However, models indicate that at most water can only comprise about 20% of these veins. It’s a small fraction of the material there. Rocks exposed to water can also absorb it, creating new minerals, but again there’s no sign of this in the InSight data.

This result contradicts the idea that large quantities of water could have infiltrated into the ground. At least not here. It’s still possible that this happened elsewhere and that Elysium in that area was dry. For example, the Galileo mission to Jupiter dropped an atmospheric probe on the planet and found much less water than expected. But it turns out that he fell in an exceptionally dry place in the Jovian atmosphere; there was water found in nearby regions of Jupiter. Imagine aliens sending a probe to Earth and landing in the Sahara; extrapolating from this to the whole planet is fraught with pitfalls.

So maybe that’s what InSight sees in Elysium Planitia. There is evidence of a water flow about 1,000 miles from InSight at Cereberus Fossae, which may have carved a valley into the surface. That’s a long way off, but it does show that it’s possible that Mars has dry areas as well as regions where water ice exists below the surface.

The lack of water is disappointing, if you hope to find evidence of life. First, the presence of water would be beneficial; it is an excellent medium in which chemicals can mix and create complex molecular precursors for life. As far as we know, without it life is not possible. Additionally, cementation by water or water-created minerals would help preserve any signs of past life. Without it, these signs might have disappeared.

Mars is a difficult place to understand. It may have started out quite similar to Earth, but our paths diverged sharply three or four billion years ago. Water still plays a huge role on Earth, but much less on Mars now. But it still exists out there, if only frozen, and our best chance of understanding what happened to Mars eons ago, and whether life ever had a pseudopod there, is to figure out where is this water.