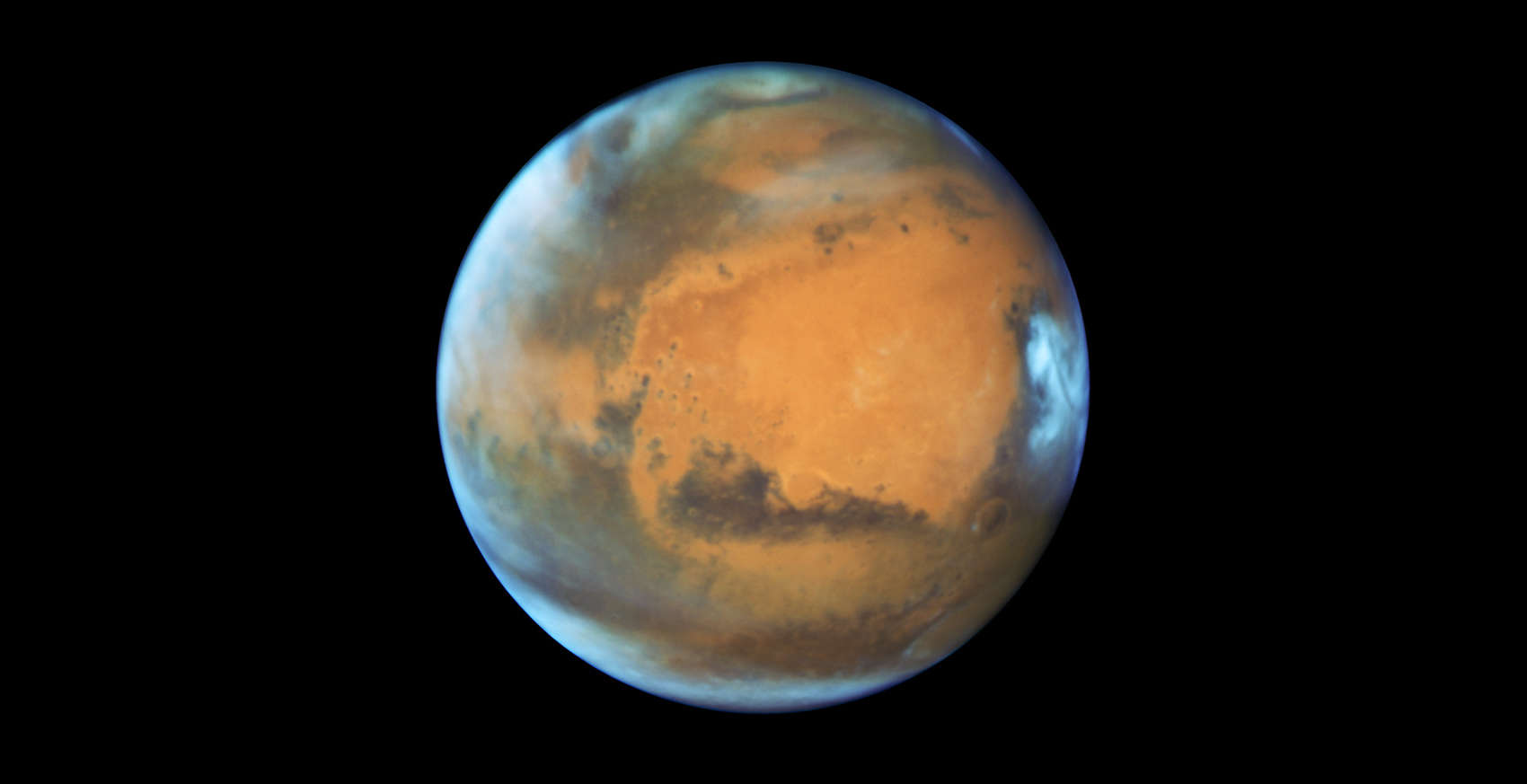 NASA’s Curiosity rover has been cruising around Mars for nearly a decade now, over 3,300 Martian days. He examined the environment of Gale Crater, a huge impact feature over 150 kilometers wide. Billions of years ago, Gale was probably a lake of water, and it was chosen as a landing site specifically for Curiosity to examine the conditions there and see if they could have once supported the life.

He’s not looking directly for little green Martian creatures, but he finds something mysterious. A possibility – possible – the solution is life, but don’t jump the gun. It is always possible that abiotic (non-biological) processes are responsible for the anomaly.

Curiosity has a drill on board that allows it to burrow into rocks on the surface, and samples can then be analyzed using a mass spectrometer, a device that can determine the abundance of various chemicals in the sample. For example, it can look at the amount of carbon dioxide, methane, carbon monoxide, and other molecules present relative to each other.

He can also examine the isotopes of certain elements. A single element, like carbon, is defined by the presence of six protons in the nucleus of its atoms. If it also contains 6 neutrons, it is called carbon-12 (abbreviated 12VS). If it has 7 neutrons, it is carbon 13 (13VS). These different isotopes carbon can tell you different things about the origin and evolution over time of a sample because they have slightly different properties.

For example, the Martian atmosphere has a ratio of 12That 13C of about 78 to 1. This is actually a little lower than the natural ratio of these isotopes elsewhere. Why? 12It is lighter than 13C (by the weight of a neutron). Certain processes in the Martian atmosphere give energy to these atoms, and for the same amount of energy a 12Atom C will have a higher speed than 13C because it is lighter. At the top of the atmosphere that means 12C is more easily lost in space, increasing the ratio of 13That 12VS

This is where the weirdness comes in (link to paper). Curiosity took 30 different samples from five different locations on the Martian surface inside Gale Crater, and the report from 13That 12It varies greatly from place to place. But in almost all cases, this ratio is less than it is in the atmosphere.

The scientists who carried out this study propose three plausible mechanisms to achieve this. The first is that ultraviolet light from the Sun can split carbon dioxide molecules in the Martian upper atmosphere into carbon monoxide and an oxygen atom, which then recombine with other molecules to form carbon-based molecules. more complex carbon. These processes may very slightly favor the lighter 12carbon atoms, so when these molecules fall to the surface, they become incorporated into the rock, increasing the amount of 12C vs. 13VS

Another possibility – and I like this one, for obvious reasons – is that once in a while, about every 100 million years or so on average, the Sun passes through a cloud of interstellar gas and dust, called a giant molecular cloud. Interstellar dust falls to Earth all the time, but during one of these cloud crossings, that number could increase up to 100 times! This is still a small amount in total, but these clouds happen to have more 12It is in them that 13C compared to what we see on Mars. So if this dust rained on the surface, it would improve again 12C at the expense of 13C report.

The third possibility is the most exciting, but to be very clear it is completely unproven. Like the others, it is only an idea: biology. Ancient Martian bacteria could have biologically produced methane. If this life were like terrestrial bacteria, this methane would preferentially have the 12C atom in it. Methane would then rise into the air, be zapped by solar ultraviolet and rain down as in the example above, incorporating into rocks and increasing the amount of 12C against 13It in them. I will note that strange plumes of methane have been detected on Mars, but their explanation – geological or biological – has not yet been found.

So which one is it? Weird chemistry, weird collisions with giant dust clouds, or weird belching Martian bacteria?

Yeah, so that’s the problem. It is not possible to say which is the best answer, just that they are all plausible. The scientists in the study are very careful about this point, perhaps knowing that many people in the media will run away with the idea of ​​belching bacteria.

It should be noted that none of these processes work well on Earth, so whatever it is is weird. Well, compared to what we are used to. But part of studying Mars is trying to figure out how it’s different and how those processes happen.

The real disappointment is that at present the evidence is very uncertain. It’s possible that more samples analyzed by Curiosity could help. Also, the Perseverance rover is a few thousand miles from Curiosity in Jezero Crater, and it’s not just looking for evidence to see if life was sustained there eons ago, but it is also to seek life itself, fossilized or not. Even if he doesn’t find any, the samples he’s analyzing could help break the deadlock.

Until then, the mystery of Martian carbon isotope ratios will continue.

Mars, it turns out, is an interesting place. But he does not divulge his secrets easily. Hopefully with Curiosity and Perseverance we can get our answers.