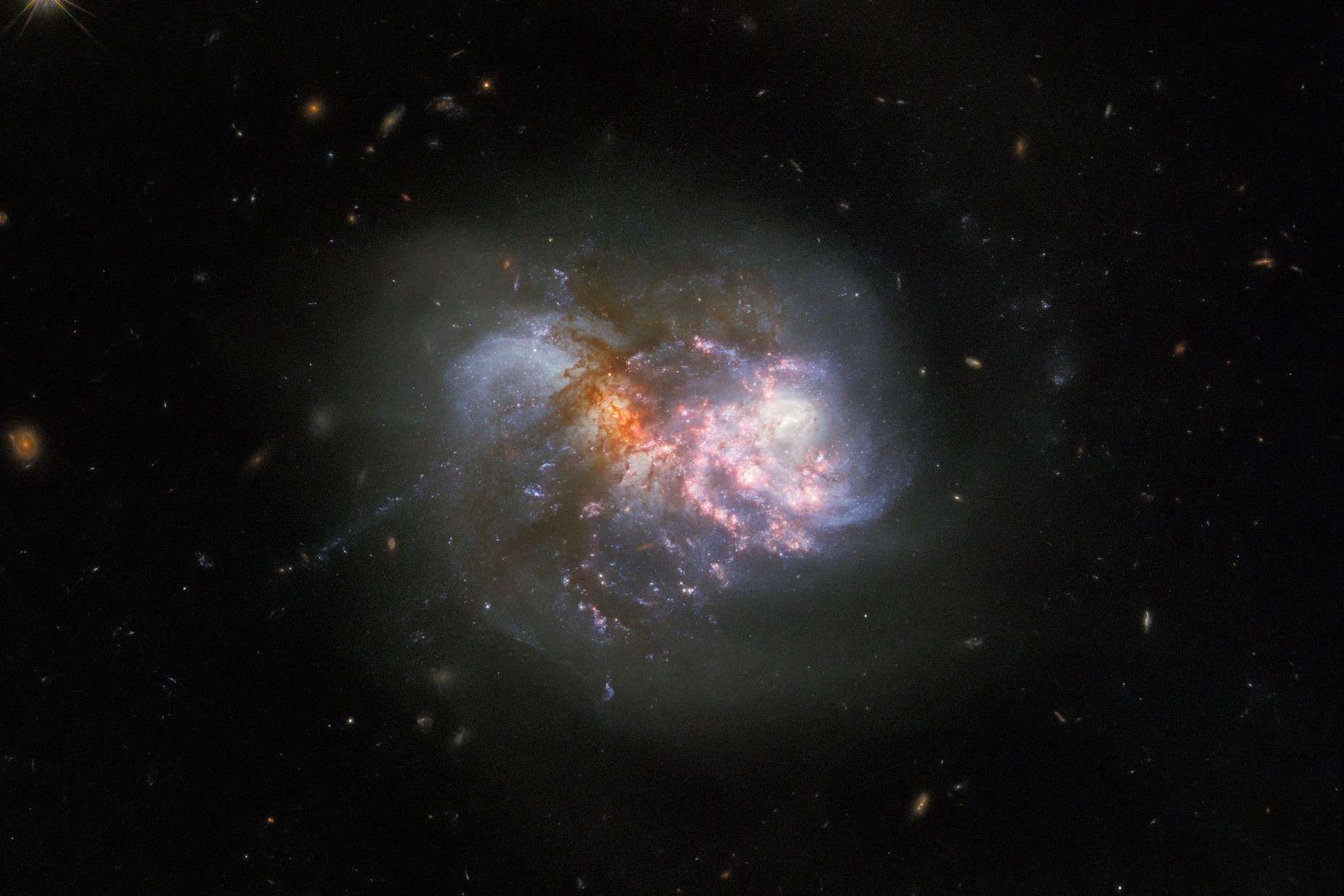 But it wasn’t born that way. Instead, it developed via cannibalism.

Yes, galaxies eat other galaxies. Or, less colloquially and more accurately, they collide and merge. If one galaxy is larger than the other, the smaller becomes part of the larger, subsuming and merging with it, the two almost indistinguishable after an eon or two.

Almost. The most recent major merger experienced by the Milky Way happened about 10 billion years ago, and we know this because we can see the last undigested bits of this galaxy orbiting inside ours. . This was discovered in 2018 when astronomers were examining the orbits of stars using data from the Gaia mission, which measured the positions, movements and distances of more than a billion stars in the Milky Way. When plotted in a certain way—their radial versus azimuthal velocities, that is, their motion toward and away from the galactic center versus their velocity around it—a cluster of stars formed a vaguely sausage-like shape, indicating that they all had the same source. The structure is called Gaia Sausage and the Gaia-Enceladus galaxy (after one of the daughters of the goddess Gaia in mythology).

Naturally, astronomers want to know as much about this galaxy and its collision with ours. How long ago did this happen? How long did it take? How big was the galaxy and what did the collision look like?

A team of astronomers may have answers. They created a series of simulations of collisions between the Milky Way and Gaia-Enceladus, seeing which ones best matched the data (link to article). The results not only end up providing insight into the collision, but also appear to explain much of the structure of our galaxy as we see it today.

The data they used came from the H3 Stellar Spectroscopic Survey, which used the massive 6.5-meter MMT telescope in Arizona. It maps the positions and velocities of 200,000 to 300,000 stars located in the disk and halo of the Milky Way, 10,000 to more than 300,000 light-years from the galactic center. This alone is an amazing achievement, since these stars are faint and some very distant. But by doing this, the dynamics of these stars can be found – measuring their motions reveals their history, including how they were affected by the collision.

Scientists did what are called n-body simulations – modeling a galaxy as a collection of self-gravitating dots that simulate stars, dark matter and their structure – where they could vary things like the mass of each galaxy, the direction of Gaia- The galaxy of Enceladus has arrived, its speed, and more. They then tweak the settings a bit and run the simulations again, doing this over and over to see what comes out.

Ultimately, the best fit they found to the H3 data was for an incoming galaxy with 500 million times the star mass of the Sun and 200 billion total solar masses, including dark matter. For comparison, the Milky Way has a mass of 700 billion suns, so it was more than three times as massive as the intruder. Still, it was a big crash.

Their best fit indicates that the Gaia-Enceladus galaxy came from a direction where it collided with the retrograde Milky Way, in the opposite direction of our galactic disk’s rotation, making it a head-on collision. The remaining stars of the original intruder galaxy are still orbiting ours “upside down”. His disc was also spinning in front of ours. It arrived at a low angle, about 15° from the plane of the Milky Way’s disk on what was essentially a highly elliptical orbital path. It passed the center of the Milky Way, started to tear apart as it moved away, then fell back. The now disrupted intruder’s star stream would then take another long path to and from the center of the Milky Way.

Stars in the outer part of its disk were first torn apart by the stronger gravity of the Milky Way. The inner halo of the Milky Way was strongly affected by this event. Instead of being a spherical cloud of stars surrounding our galaxy, it’s called a triaxial ellipsoid, much like a slightly crushed egg. Its major axis is inclined 35° with respect to the disk of the Milky Way.

This immediately explains something interesting. When an object is in an elliptical orbit around another object, it moves faster when closer and slower when farther away. If you have a lot of objects in that same orbit, they tend to pile up when they’re at the apocenter, the furthest part of their orbit.

The funny part is that there are two overdense places in our galaxy where there are more stars than average in a small volume. These are named the Hercules-Aquila Cloud and the Virgo Overdensity, after the constellations in which they are seen. The simulations end up modeling them well: this is where the stars of the Gaia-Enceladus galaxy have accumulated at two apocenters, one since its first pass and the other since its second and last pass through the Milky Way. . That’s a pretty cool result from the simulations, and it shows that astronomers are on the right track.

They also found other, more subtle results, including the ability to match the ages of stars observed in the Milky Way left by the collision to the time of the collision. This would have started about 10 billion years ago and lasted 2 billion, by which time the majority of Gaia-Enceladus had been ingested. They also find that the collision provided about 20% of the dark matter currently in our galaxy’s halo, and a respectable 50% of its stars.

What I like is that they also make predictions, things that can possibly be tested by observation. For example, if they are correct, they expect to see two sudden drops in stellar density in the halo, one about 50,000 and the other about 100,000 light years from the center of the Milky Way, due to Gaia-Enceladus gravity disturbing the Milky Way stars. when it accumulated at the two apocenters mentioned above. They also predict that the outer halo 100,000 light-years away should have about 10% of the mass of the intruding galaxy moving backwards in a stream.

These predictions are a little hard to observe right now, but over time we’ll have more in-depth investigations of these stars, so we’ll see.

I find it all in equal parts fascinating and amazing. The science of this, knowing that our galaxy grew by collisions, is exciting. But equally cool is being able to simulate that, to apply incredibly complex physics, and to see the galactic structures thousands of light-years away appear in those simulations, looking very similar to what is actually observed. It’s amazing.

We can look into deep space and not only understand what we see but in fact understand how it happened like this. On a literally galactic scale.

Science! I love this stuff.