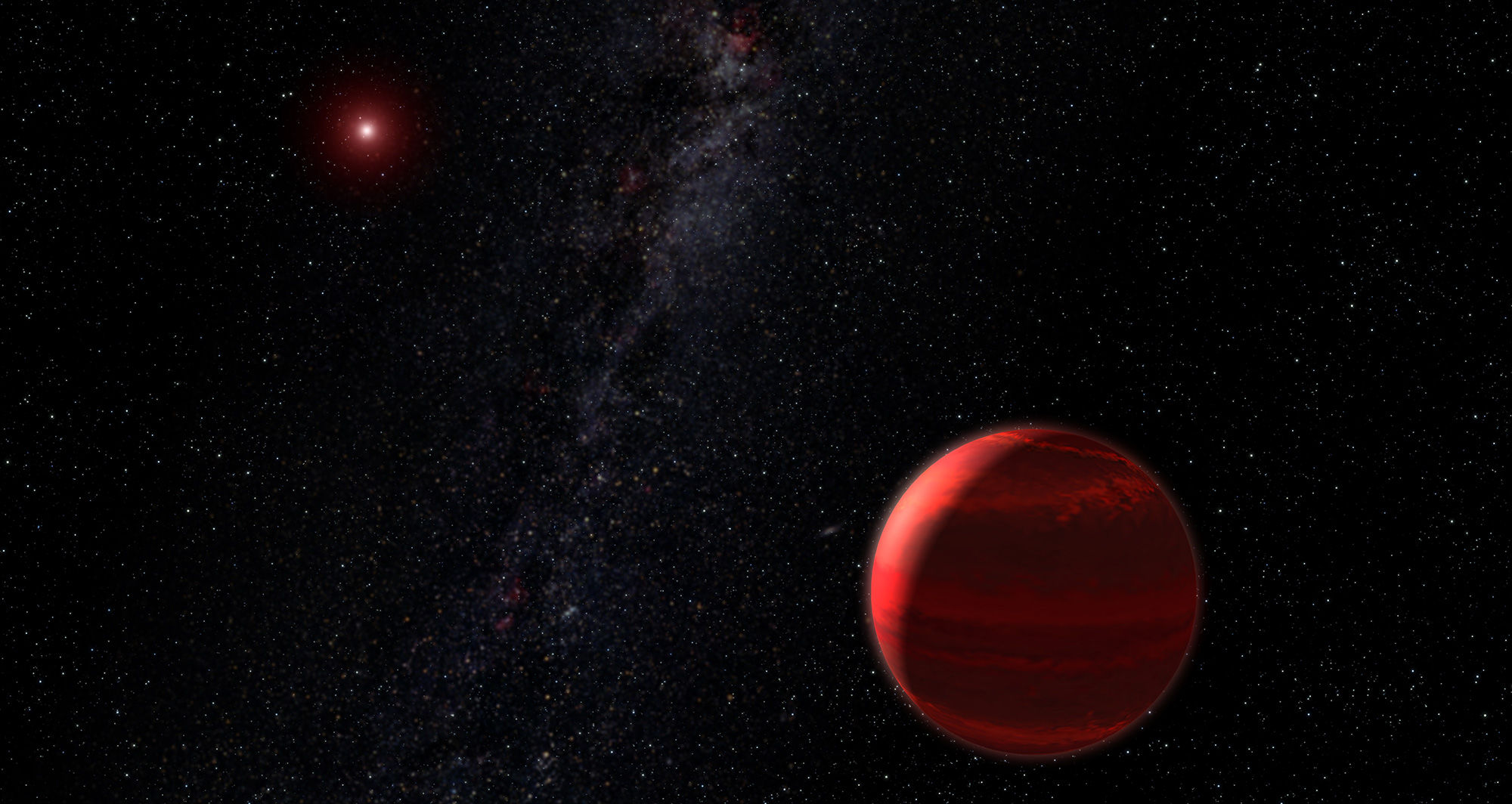 One of my favorite things about the large number of exoplanets detected so far – coming out of 5,000 of these extraterrestrial worlds – is that with so many discoveries, you can see trends in their characteristics, as well as find eccentrics who fall far from trends.

In our solar system, for example, the planets are well spaced and have fairly circular orbits. But it’s not always the case.

TOI-2257 is a red dwarf, a small, dim, low-mass star about 188 light-years from Earth. It is about 1/3 the mass and diameter of the Sun, appears to be about 8 billion years old – much older than the Sun – and is so faint at this distance that it merges with the millions and millions of stars surrounding it.

Except in 2019, the Transiting Exoplanet Survey Satellite, or TESS, noticed the star dimming for a short time, then brightening again. This behavior was also repeated 175 days later. It only fell by about 0.4%, but that has the signature of a transit, when a planet orbiting the star blocks its light as seen from Earth during a mini-eclipse.

An alert was sent to planetary astronomers, and a team jumped on it. If the planet has a 176-day orbit, it would be six months before they could see another transit, but TESS hasn’t observed it continuously, so it’s possible it had a shorter orbit with a simple fraction of this period, such as a half or a third.

Follow-up observations ruled out the 57-day orbit – a third of 176 – but more observed transits established the planet to have a 35.2-day orbit, a fifth of 176 – so its year is a bit longer of an earth month.

Once confirmed, the planet was given the designation TOI-2257b.

The amount of light from the star that is blocked depends on the size of the star and the planet. To make the light of this small star fall by 0.4%, you need a planet about 2.2 times the diameter of Earth. From what we know of planet formation, it’s a little too big to be a rocky planet like Earth, because planets that size are big enough to start sucking a lot of gas around them at as they form, becoming more like mini-Neptunes: a rocky core surrounded by a thick atmosphere. Models indicate that the most likely mass of TOI-2257b is 5.6 times that of Earth, although this is highly uncertain. Neptune, for comparison, is just under 4 times the diameter of Earth and 17 times its mass.

It’s already interesting. Red dwarfs are low-mass stars, and given what we’ve seen of their systems, they don’t usually have giant planets orbiting them. They’re really good at creating Earth-sized planets – TRAPPIST-1, a nearby star bulb, has Seven small planets orbiting around it. Additionally, these planets tend to be very close to the star – TRAPPIST-1’s planets could all fit inside Mercury’s orbit around the Sun. A 35-day orbit is unusual, and for a red dwarf planet, TOI-2257b is technically a long period.

Where it gets interesting is when they looked at the orbit itself (link to paper). Modeling transit behavior can provide insight into the shape of the orbit; for example, if you assume a circular orbit, the transit should take some time, but if the orbit is elliptical, the planet is moving at different speeds at different times, which changes the duration of the transit.

What they found was that the best fit to the orbit gives them a suitably elongated ellipse with an eccentricity of about 0.5. It’s also unusual! The most likely reason is a second giant planet orbiting even further away. Over time, this planet’s gravity can pull on TOI-2257b’s orbit, making it more elongated.

This gravitational tug can also alter the timing between transits – this method of finding more invisible planets is called transit time variations. None were seen. It turns out that in systems where a large outer planet pulls on an inner planet, you usually only see one inner planet. This is probably due to the fact that this outer planet disturbs the other planets so much that they are ejected from the system. No other planets are seen orbiting TOI-2257, so this may imply the existence of another large planet in the system.

I’m giving a public talk titled “Strange New Worlds: Is Earth Special?” where I talk about exoplanets and how the Earth and the solar system compare to them. This TOI-2257 system is so different from ours! There can only be two worlds, both large, around a small star. TOI-2257b’s orbit is also more elliptical than any major planet in our system. It really shows how wildly different these planetary systems can be.

…except for one thing. At its distance from its star, TOI-2257b’s temperature is likely to be around the right value to support liquid water. Now the planet is a gas giant, so it doesn’t really have a surface, but it will have clouds and could hold a lot of water vapor. And if it has a big moon, it could be a miniature water world; many moons in the outer solar system are charged with water ice. Given models of such a system, TOI-2257b is unlikely to have a moon – the odds are about 1 in 7, given that it is close enough to its star that a gravitational disturbance could cause the ejection of its moon. But it’s not impossible, and looking for one would be interesting.

We know that life on Earth needs water, and water is an excellent medium for the genesis and support of living matter. There may be others, but we know water and we know how to find it. TOI-2257b is close enough and its star bright enough that future observations, like JWST’s, can show us if there is oxygen or water in its atmosphere. It’s not conclusive in terms of life, but it would be interesting.

With nearly 5,000 exoplanets discovered, we are bound to find oddballs. But when these oddballs share characteristics with Earth, I find it encouraging. It’s an imperfect match at best, but it shows us that the Universe is capable of great diversity, and that in itself shows us that we need to broaden our view of it.

Map the universe in 3D