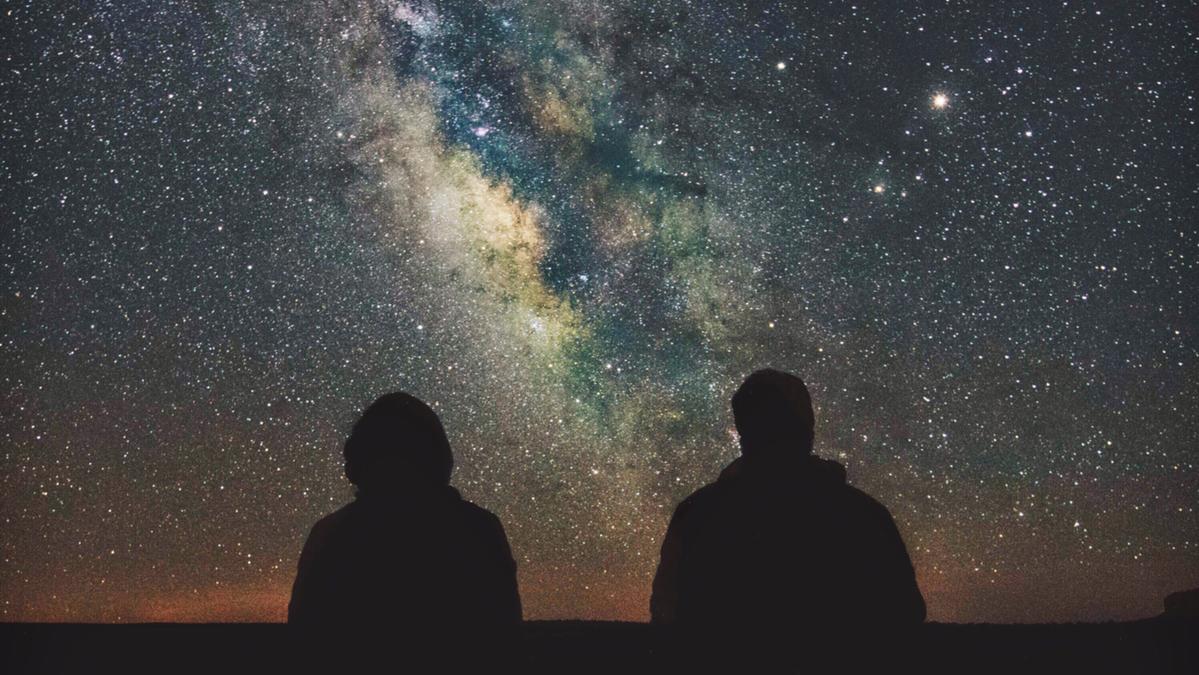 Australia has a unique angle on many spectacular sky and space events throughout the year – from super moons to meteor showers and good views of various constellations.

Geraint Lewis, professor of astrophysics at the Sydney Institute of Astronomy at the University of Sydney, says the skies over Australia are “really beautiful” – but there is an easily overcome nuisance.

Watch the video above to see Earth’s most visible fireballs

“As an astronomer, I think Australians should be looking up at the sky all the time,” he said.

“The big problem we have is that most of us live in big cities where the lights drown out what we can see – but that can be solved by going to a dark site away from the city lights, where the view is always spectacular.”

Prof Lewis says there are a bunch of regular celestial events that happen in Australia every year that people should look out for, including super moons around June and July and a full lunar eclipse.

“A supermoon is when we have a full moon that’s slightly closer to Earth, so it can be very bright – it’s quite dramatic in the sky,” he said.

“And then in November we will have a full lunar eclipse, which is when the Earth comes between the Moon and the Sun.

“The moon goes into darkness and turns red because the light it receives comes from the earth’s atmosphere, turning it a red color.”

There are 12 full moons in 2022, and two of them qualify as supermoons.

Here is the list of full moons for 2022, according to the Farmers Almanac:

Australians will also be treated to several meteor showers throughout the year, which Professor Lewis says occur quite regularly.

“There’s a whole bunch of them all year round,” he said.

“It works best if you’re going to a dark area because the meteors all come in ten minutes, depending on what meteor shower you’re looking at.

“They can be really nice to sit there for a while and just watch those meteors streak across the sky.”

The first “well-known” meteor shower will occur around August, Prof Lewis says, with another to follow in December.

The Perseid meteor shower in August is one of the best celestial events of the year.

“If you can get to a dark site and have the patience, you might see these meteor showers coming.”

Here are the other downpours to watch for in 2022:

Constellations are groupings of stars that the ancient Greeks grouped together and attached stories.

Australians can see many constellations all year round, according to Professor Lewis.

“Every star you can see is in a constellation – they were all placed in a particular constellation. Some are associated with myths and legends; others have just been given newer names,” Prof Lewis said.

“There are a few very important ones that people might know about that can be easily seen from Australia. Of course you have Orion, which is the famous one named after the ancient god.

“Orion isn’t the only one – there’s plenty of good constellations in the southern hemisphere to knock out, including the Southern Cross – there’s a whole bunch of them out there waiting for Australians to see them,” did he declare.

“Once you know your way around the sky a bit, these constellations become obvious and you start to see the patterns yourself.”

Professor Lewis says the best thing viewers can do is go somewhere like the Sydney Observatory website and download one of their star maps, which shows you where the stars are. in the sky and what are the groups of constellations.

Australians are also lucky when it comes to observing planets, with most being visible “most of the time”, according to Professor Lewis.

But you must know what you are looking for.

“The most obvious planet is Venus – it’s often misidentified as a UFO, it’s not even funny,” Professor Lewis said.

“Venus is a planet closer to the sun, so it’s very bright in the sky and you normally see it at sunrise or sunset – it becomes very obvious.”

Another planet that is also easily visible is Jupiter – the largest planet in the solar system.

“It’s a big planet and it can be very bright. Again, you might need a star map to tell you where it is at any given time because they move,” he said.

“One of my favorites is Mars – it’s not as bright as Venus, but if you know where you’re looking you can find it. The good thing about Mars is that it’s actually red. If you look at it for a moment, you can actually see the red color of Mars.

“But the others are also visible – Mercury can be visible near sunrise or sunset and you also need to know what you’re looking for to spot it because that can be a bit tricky.”

What else is hiding in the sky?

Surprisingly, stargazers can also see an unlikely object that regularly crosses the sky, often in the brightest light.

“One of the things that regularly passes through Australia is the International Space Station and as it passes through it’s one of the brightest things in the sky,” Prof Lewis said.

“It doesn’t even take ten minutes to cross the whole sky but if you see it, it’s really quite spectacular.”

“There is a website called Things Above where you can enter your location and it will tell you the times when the International Space Station and other events will pass over you.

“If you want to get a really bright passage, there’s something you can grab, even in the city with streetlights, because it can be so bright it’ll be brighter than most of the stars around it. “

The most important thing to prepare for an event in the sky or in space is to avoid city lights, says Professor Lewis.

“What you need to do is find a dark site. I know this can be difficult to do in a city, but even if you’re entering in the middle of an oval away from the lights, you need to take the time to allow your eyes to adapt to the new black light.

“That’s because your eyes become more sensitive when you walk into a dark place, so it takes time for your eyes to adjust to it,” he said.

It’s also good to have a good pair of binoculars – you don’t need a telescope to look at the sky, you can just use your eyes, but binoculars really help as they allow you to see some of the greatest details.

“If people are really interested, I suggest they contact their local amateur astronomical society – they’re all over Australia and I’m a patron of the Macarthur Astronomical Society,” Prof Lewis said.

“If it wasn’t for COVID they would have public viewing parties where you can go and they have their telescopes and they know their way around the sky and they can show you some of the really beautiful things you can see when you have a good telescope.

Looking up to the sky isn’t just a fascinating and educational experience – it can also have health benefits.

“It can be a very relaxing pastime – if you’re sitting there and looking at the stars and thinking about what’s going on in the universe, it can take away all the other stuff going on around you. us at the moment,” Professor Lewis said.

“Some people say they feel a bit small when they realize how big the universe is and that we are just a tiny part of it.

“It’s a very relaxing experience to get out and go look at the sky.”