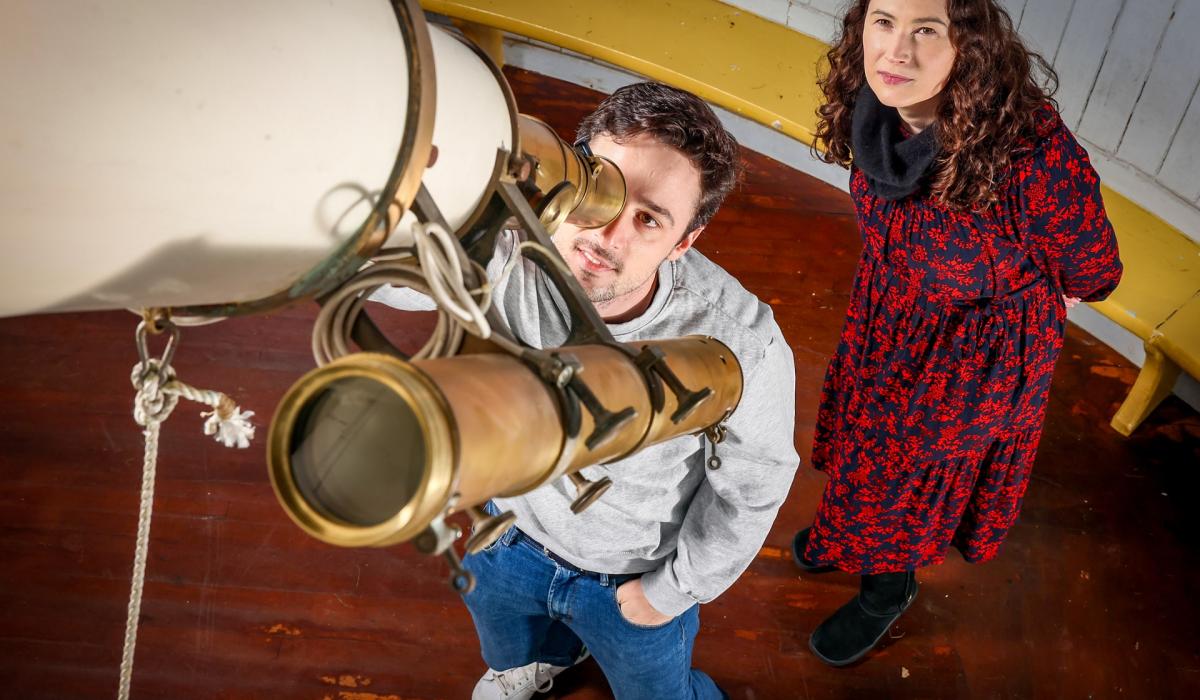 The Dublin Institute for Advanced Study (DIAS) ‘Reach for the Stars’ astrophotography competition is back for its second year and invites Offaly people interested in photography and astronomy to submit their images .

The competition, which is now open for entries, seeks the best astrophotographs taken in Ireland during the period 1 April 2021 to 30 April 2022. It invites entries in two separate categories:

Out of this world: Images depicting scenes/features or items of astronomical interest. For example, images from deep space or images from the solar system.

Back on Earth: Astro-landscape images that depict a feature or item of astronomical interest and capture elements such as nature, cityscapes, buildings or monuments, land or water.

Offaly man Tom O’Hanlon of Tullamore, Co. Offaly was announced as a finalist in the competition last year. His ‘North Star Jesuit House’ image is a series of nailed images, taking the North Star, which shows the rotation of the Earth, captured at Tullybeg House – the former Jesuit boarding school – in Rahan, Co. Offaly.

This amazing image, North Star Jesuit House, by @tomohanlonphoto was a finalist in #Reach for the stars 2021. We had over 200 entries in 2021, we can’t wait to see this year’s snaps from all over the island of Ireland #astrophotography #DIASdiscover pic.twitter.com/BIgH6kOXWq

Launching the competition, Dr. Eucharia Meehan, CEO and Registrar of DIAS, said, “DIAS is delighted to launch the 2022 Reach for the Stars competition. Following the huge success of last year’s competition, we are excited to see what entries will be submitted this year, what creativity people bring and what images they have captured.

“DIAS has a rich heritage and expertise in astronomy and it is fantastic to be able to showcase this, while capturing the imagination and creativity of the public through the wonders of space.

“Last year we received entries from people in Offaly and across the country, and this year we hope to see even more. We just asked them to carefully follow the contest guidelines when submitting to ensure their images are eligible.

Also commenting, Professor Peter Gallagher, Head of Astrophysics at DIAS and Jury Member, said: “As Jury members, we were blown away by the submissions to the competition last year. Images that captured very complex astronomical features and others that perfectly captured the night sky against the beautiful Irish landscape – we had such a range of entries making our job as judges very difficult.

“This year DIAS marks the 75th anniversary of the School of Cosmic Physics and we will be launching a full program of events later in the month. As part of these celebrations, we will award a special prize to a photograph entered in the competition that illustrates the work of one or more areas of research carried out at the School. These research areas include everything from solar and stellar physics and space weather to planetary science and star formation.

“We call on people to be creative. Whether you have professional equipment or simply a smartphone, the competition is open to everyone over the age of 18. We can’t wait to see what astronomical events inspired people this year and what they captured.