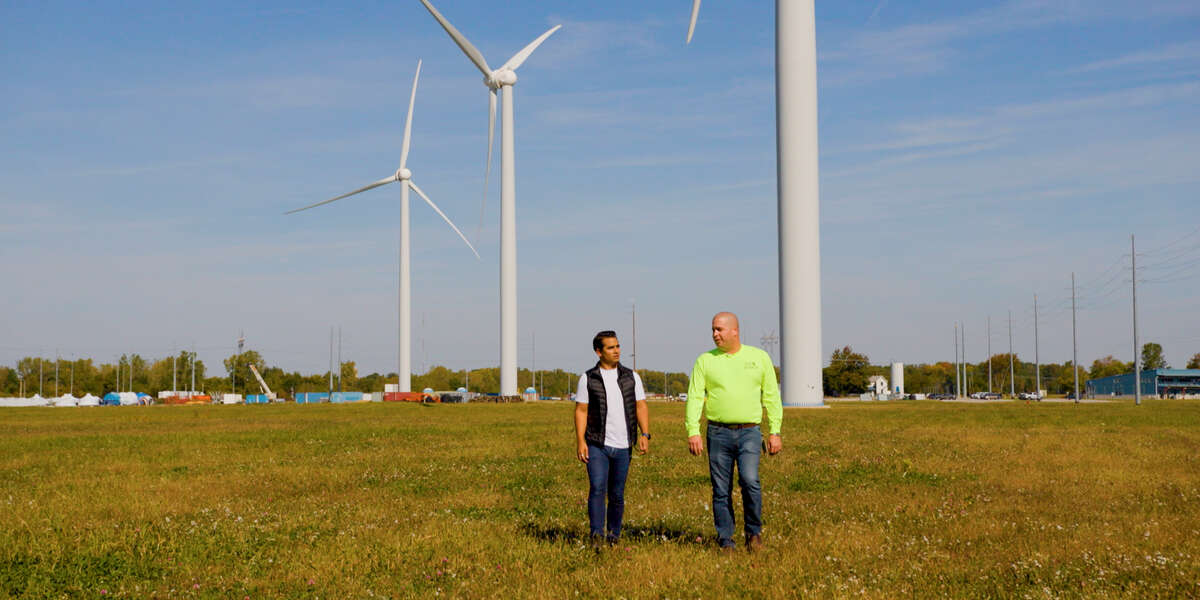 Wind is one of the oldest sources of renewable energy, but our ability to harness wind has come a long way since the first electricity-generating wind turbine was built in Ohio in 1888.

Wind power has become the largest source of renewable energy in the United States. In 2021, it accounted for about 9% of the US electricity supply, and the US Department of Energy has set a goal to increase that number to 20% by 2030.

By some estimates, a single onshore wind turbine has the potential to generate over 6 million kilowatt hours per year. This is enough to supply 1,500 homes with electricity. In fact, estimates suggest that wind power avoids 329 million metric tons of CO2 emissions per year in the United States, which is equivalent to taking 71 million cars off the road.

Wind power is a booming sector for companies because wind is cheaper than gas or coal. According to a Bloomberg report, onshore wind and solar projects cost about 40% less than traditional coal and gas plants built from scratch.

Jereme Kent, CEO of One Energy, believes that all major factories should invest in wind power. “Wind is the cheapest in 20 years because you don’t keep buying fuel. Fuel is free. That’s what makes renewables really valuable,” Kent told NowThis. “So to be able to say to a factory or an end customer, ‘Here’s a 20-year fixed rate where the cost of electricity won’t change no matter what,’ is something that changes the given.”

Kent admits that a big hurdle preventing many companies from adopting wind power is the issue of transmission – basically, how to get power from offshore wind farms to the factory. The solution, according to Kent, is to install wind turbines in the backyard of the factory. “It bypasses the whole system. It bypasses all the copper that has to be in all these lines, all the aluminum in these lines, all the different transmission lines, the switches, the interstate issues. These wind turbines help power this plant and the cables run directly underground and directly into it,” Kent said.

Kent also argues that there is plenty of room to develop wind projects across the country. He estimates that there are 53,000 large plants in the United States, and of those, about a quarter to a third would be good candidates for on-site wind turbines.

So, can wind power save the planet? It is already a successful solution for several countries around the world. Denmark, for example, aims to reduce its greenhouse gas emissions by 70% by 2030 and 100% by 2050 by using onshore wind energy, in combination with other green technologies and sources. of energy.

The wind energy industry still has a few issues to address, such as a shortage of critical earth minerals, recycling of blades, bats and birds flying into blades, noise pollution, and space constraints. But experts are working to find solutions to these problems.

So while a large wind turbine appearing in your neighborhood may seem like a distant concept, it may not be. And if so, remember that it’s safe and provides reliable, clean, and cheap energy in the process.