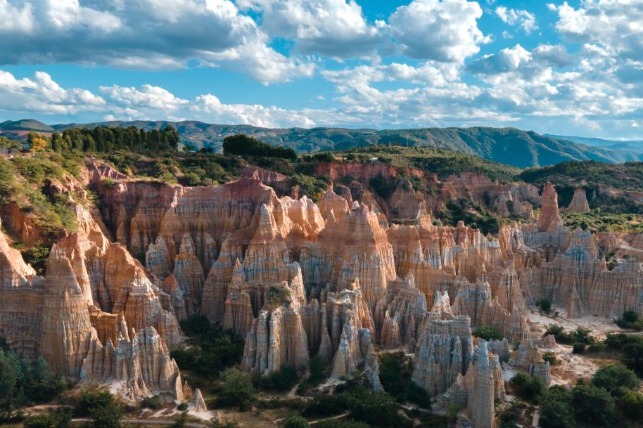 Humanity has only one home: Earth. But it is not ours exclusively. We share our beautiful planet – this magnificent blue marble – with millions of other species, and our existence is closely linked to theirs. For the sake of all living beings, we must ensure a healthy and prosperous planet.

This simple but important truth is reflected in the theme of this year’s International Day for Biological Diversity: “Building a shared future for all life”. This theme couldn’t be more compelling, because right now we fail Mother Earth.

The planet is at a breaking point. With 75% of Earth’s landmass and two-thirds of its oceans now impacted by humans, environmental disturbances are intensifying at an unprecedented rate. An estimated 150 to 200 species are disappearing every day, and a fifth of all nations could see ecosystems collapse due to the destruction of wildlife habitats. In addition, carbon emissions are higher than ever.

If the world is to sustain future generations, we fundamentally need to mend our broken relationship with nature.

To that end, in the first part of the COP15 summit of the Convention on Biological Diversity, we saw important milestones being reached. The international community came together to sign the Kunming Declaration, agreeing to integrated actions for the protection of biodiversity around the world. China also announced the establishment of the 1.5 billion yuan ($223 million) Kunming Biodiversity Fund to support conservation efforts in developing countries, and the United Nations Development and United Nations Environment Program look forward to supporting its operation.

However, to truly save nature for the future, we need to see bigger and faster changes. In particular, there are several areas where advancing progress will be essential.

First, we must continue to build synergies between how we approach biodiversity protection and climate change. The ecosystems that climate change destroys not only provide habitats for wildlife, but also absorb greenhouse gases as carbon sinks.

In fact, the Chinese Academy of Sciences found that from 2001 to 2010, the annual carbon sequestration of terrestrial ecosystems was equivalent to offsetting 14.1% of China’s fossil fuel emissions. It will therefore be essential to address these interrelated challenges together.

Second, biodiversity funding must be increased and expanded. We need 824 billion dollars each year to maintain biodiversity. However, the world currently spends only $142 billion on biodiversity conservation, or just over 0.1% of total global GDP. This is largely insufficient. We have a nearly $700 billion gap for the foundation of everything we value.

It is compounded by the fact that governments spend nearly $500 billion a year on investments that harm biodiversity, particularly agricultural subsidies.

UNDP’s Global Biodiversity Finance Initiative works to multiply resources for conservation efforts and improve their effectiveness. Its launch in China will help galvanize public and private partners to increase funding for nature-friendly investments.

Third, private sector engagement in environmental protection is crucial. Without private investment, the funding gap to support biodiversity will be much harder to close. But contributions from the corporate sector must go beyond simple corporate social responsibility and philanthropy. Sustainability must be placed at the heart of business strategies, so that each stage of value chains is sustainable.

For businesses, it’s not just about having a moral responsibility. The World Economic Forum estimates that a new nature-friendly economy could generate up to $10.1 trillion in annual trade value and create 395 million jobs by 2030.

Finally, with the second part of the COP15 biodiversity summit to be held later this year, it is an opportunity to recognize the importance of international cooperation. The need to conserve biodiversity and ensure a healthy environment is a global challenge that does not stop at borders.

Countries must work together if humanity is to succeed in protecting the planet. Achieving consensus on the adoption of an ambitious, specific and measurable post-2020 global biodiversity framework, backed by the necessary funding, will represent international recognition of this fact and is therefore of vital and urgent importance.

By working together, countries can create a world where humanity and nature not only coexist, but also thrive.

The author is the resident representative of the United Nations Development Program in China.