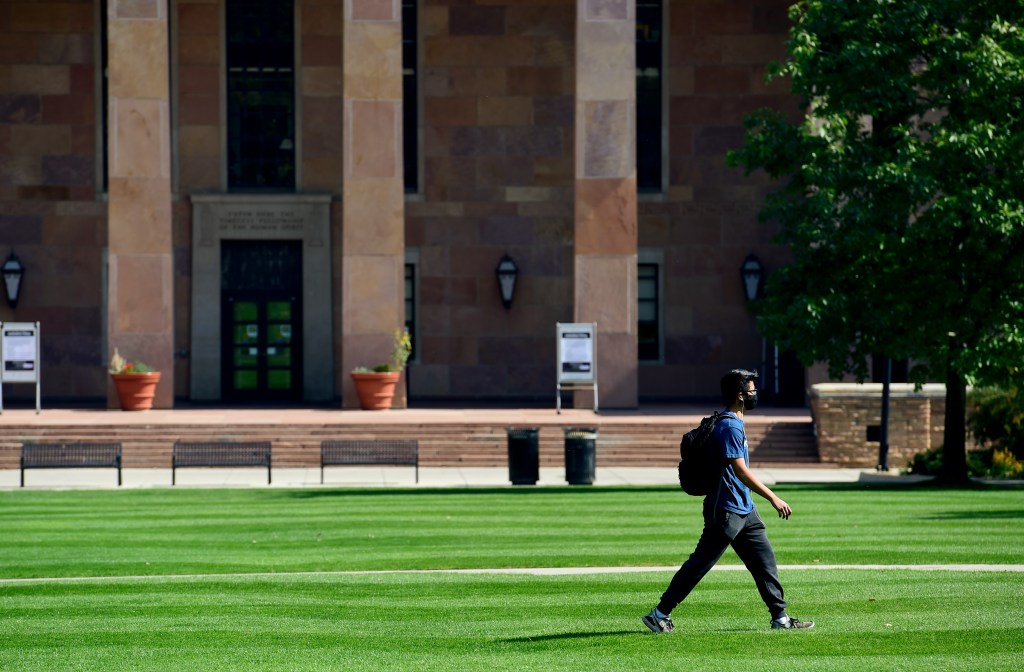 The Fiske Planetarium at the University of Colorado at Boulder, in conjunction with the Sommers-Bausch Observatory, has installed an updated version of the Colorado-scale Model Solar System with an associated mobile phone app that allows users to hear the sounds of the planets.

“Already another dozen institutions are following suit and we hope the CU model inspires an additional 100 replicas installed around the world,” Keller wrote in an email.

Keller said the original Colorado scale solar system was installed in the 1980s and served as a prototype for the travel scale model built on the National Mall in Washington DC outside of the National Air. and Space Museum.

CU Boulder Ph.D. student Jimmy Negus said he noticed in 2018 that the original model had outdated information and the aesthetic was starting to fade. He started a coalition and started fundraising to improve the model.

â€œI saw an opportunity to somehow improve this model and align it more with our state-of-the-art planetarium and our state-of-the-art observatory,â€ said Negus. â€œI considered it to be kind of a natural process for the scale model to be on par with these other astronomical assets of our campus. “

Jeff Bennett, one of the founders of the Colorado-wide solar system, said the new model includes updated information, context and graphics, including 3D planets inside glass crystals. .

Negus said the model and associated app cost around $ 114,000. Bennett was the largest individual donor for the project.

Bennett said he directly contributed $ 30,000 to the CU model. He also made an additional donation of $ 50,000 to the National Travel Program, which helped develop the Travel Mark II model and will help provide seed grants to low-income communities who wish to install their own models.

Bennett said he brought the idea of â€‹â€‹creating a similar model outside of the National Air and Space Museum after the original CU model was completed in 1987. This led to the Voyage model, which opened in 2001 through the efforts of a team led by Jeff Goldstein, center director of the National Center for Earth and Space Science Education. The Voyage Mark II is available through Goldstein’s â€œVoyage National Programâ€ and is a lower-cost version of the National Mall model.

Negus said the new model is a great opportunity to engage with all visitors to campus. He said he hopes the model will create an authentic conceptual basis for understanding cosmic distances.

â€œI really hope this will spark a spark on campus, and I hope it will inspire students to really begin to understand the vastness of space,â€ Negus said. â€œAnd so, the mockup kind of provides a tangible way for students and visitors to understand the true depth of our universe. “