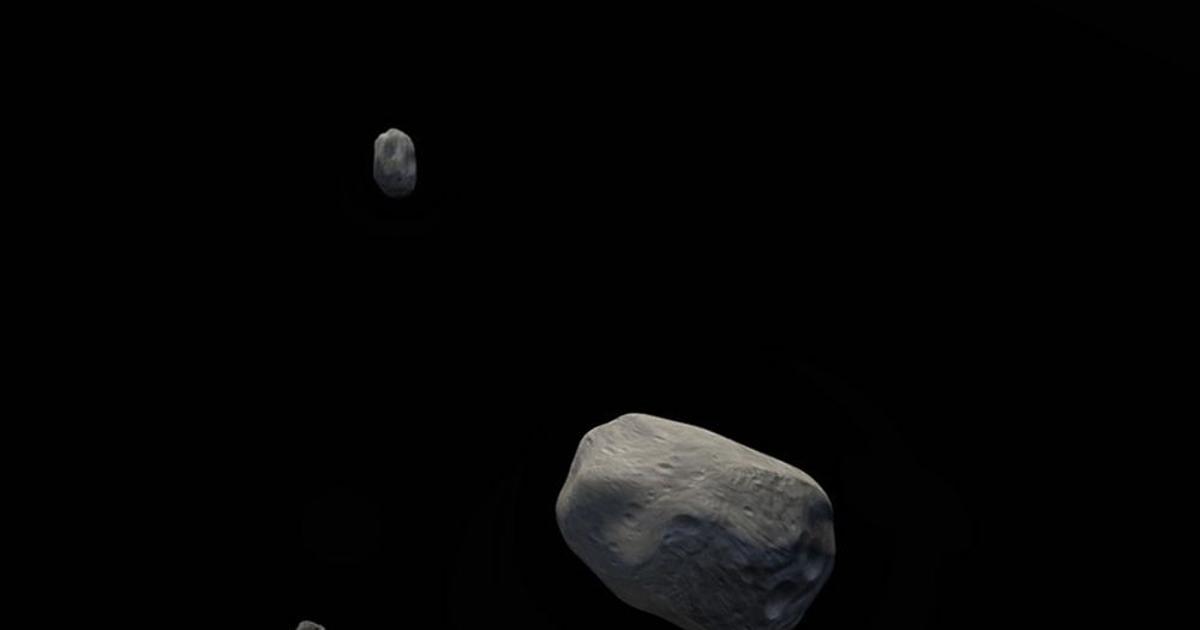 Astronomers have discovered the first known system of quadruple asteroids. A team from Thailand and France has spotted a third moon orbiting main-belt asteroid Elektra, moving the object into the record books.

And now a third moon has been discovered, making Elektra a quadruple asteroid system. This is only 1.6 km (1 mile) wide, orbiting the main body every 16 hours at a distance of 344 km (214 miles). While the other two moons orbit in roughly circular paths, the third follows an eccentric egg-shaped orbit.

The discovery was made by Dr. Anthony Berdeu, applying new algorithms he developed to archival data from the Very Large Telescope (VLT) in Chile. These algorithms reduce the glare of light from the main asteroid and remove it from the image, allowing fainter objects to become visible. When this was applied to the 2014 dataset in which the second moon was discovered, Berdeu found the third. To confirm, the team applied the algorithms to two other Elektra datasets, and sure enough, the third moon was visible in each.

It may be the first quadruple asteroid discovered, but Elektra probably won’t be the last. The team says this method could be used to image other asteroids and solar system objects, to potentially find other hidden moons.

The research was published in the journal Astronomy and astrophysics.