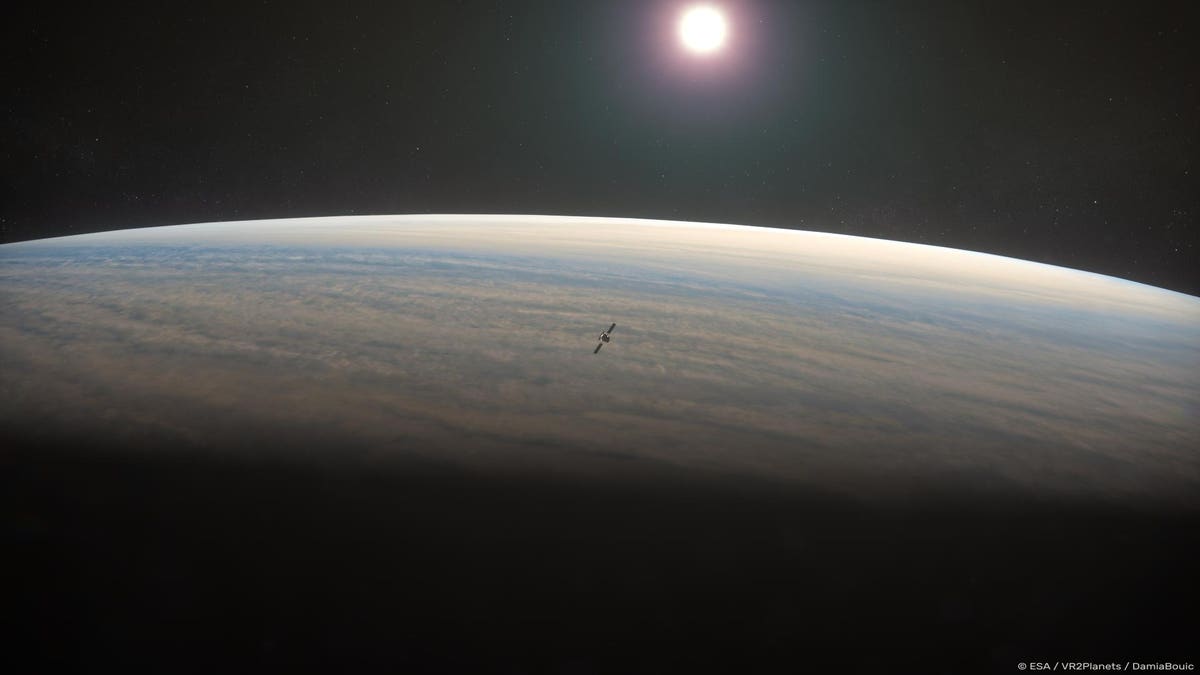 Venus is a hard-to-crack planetary nut. Decades after ground-based radar readings first pierced our sister planet’s dense, carbon dioxide-dominated atmosphere, we still don’t know if Venus ever had lakes or oceans. If it was habitable and for how long. And if it could have harbored life. We also don’t know the exact time or trigger for the onset of the runaway greenhouse effect of a climate on the planet. But we do know that temperatures on its surface reach around 450 degrees Celsius, and that Venus has surface pressures around 92 times that of Earth.

In contrast, we now know much more about Mars. The consensus within the planetary science community is that Mars had at least large lakes and rivers, if not an ocean of water. Mars was probably habitable and probably even developed some kind of microbial life, although we may never detect it.

Venus will remain more of a puzzle for decades to come. But the European Space Agency’s estimated $500 million Euro EnVision orbital mission to Venus, slated for launch early in the next decade, is expected to totally change the current paradigm of what is currently known about history of the surface of Venus.

Some of the questions EnVision will answer, the ESA notes, include:

How did the surface and interior of Venus evolve?

What is the geological and tectonic activity of Venus today?

Could traces of past water remain in the oldest rocks found on the surface of Venus?

And when and why did the greenhouse runaway start on the planet?

Scheduled to be launched on an Ariane 62 rocket from 2032, EnVision’s four years of scientific orbit will mark the first mission to Venus to have an underground radar sounding (SRS) instrument. During the four-year EnVision science mission, SRS will directly measure the planet’s subterranean features at depths of one kilometer.

A NASA-provided radar will also globally image and map the surface, according to ESA, while a radio science experiment will probe the planet’s internal structure and gravity field as well as probe the atmosphere.

Lying beyond the inner edge of our solar system’s habitable zone, researchers still wonder if Venus could have had abundant liquid water or even life, according to the ESA; that is to say before developing the uncontrolled warming of the greenhouse effects which made it uninhabitable.

There’s also still a lot of debate about whether Venus ever had some sort of atmospheric treatment that allowed the planet to sequester its carbon dioxide in carbonate rocks, like Earth does. But understanding Venus is crucial to understanding terrestrial planets everywhere, from our own Earth to those orbiting distant solar stars.

It could also help us better understand climate change here on Earth.

Understanding when and how Venus reached its climatic tipping point in a runaway greenhouse is important, as EnVision project scientist Anne Grete Straume told me at last month’s Europlanet Science Congress in Granada, Spain. .

No one is suggesting that Earth would ever become as inhospitable a planet as Venus, but a better understanding of the mechanisms that led to the runaway greenhouse of Venus could help us understand how to best mitigate climate change on Earth.

But it is not an easy task.

“Looking at Venus in the past and understanding how it got to where it is now is difficult,” Colin Wilson, planetary scientist at ESA ESTEC in the Netherlands, told me at last month’s Europlanet Science Congress in Granada, Spain. “It’s all extrapolated from what we’re seeing right now.”

On geologic time scales, most of Venus’ surface is less than a billion years old, believed to be due to some sort of catastrophic volcanic resurfacing mechanism.

Even though its closer orbit to the Sun gives it twice as much sunlight, Venus today absorbs less sunlight than Earth, Wilson says. That’s because it’s completely shrouded in highly reflective clouds, which reflect 70% of the light that falls on it, he says. But as you descend through the clouds, it gets hotter and hotter, says Wilson. It’s because of the thick atmosphere and the greenhouse effects it creates, he says.

EnVision will use three different spectrometers to analyze surface minerals and trace gases from both the surface and the atmosphere of Venus. This, in turn, could indicate whether Venus ever had large amounts of liquid water like an ocean.

Rewind four and a half billion years to the formation of Venus and Earth and both would have had an ocean of magma and an atmosphere of vapor, perhaps 100 Earth atmospheres of vapor, Wilson says.

But the data we have today doesn’t help us definitively decide whether Venus had a warm, wet oceanic phase, or if it never had a liquid-water oceanic phase, Wilson says. But if you’re running planet simulations, it’s much easier to end up with an inhospitable planet than one that’s habitable, he says.

Figuring out exactly how far from a star you can expect habitable conditions is a complicated calculation, Wilson says. It depends on the cloud cover; on the surface composition; and, on the recycling of atmospheric materials in the planet, he says.

What intrigues Straume and Wilson most about Venus?

Why do you have this type of very high-pressure atmosphere, Straume wonders, and is the atmosphere really fueled by volcanic activity?

“But we do have a static snapshot of Venus,” Wilson said. “I would be fascinated to know if this geological activity continues now.”

Going from a static image of Venus to one of a dynamic planet is going to be the most exciting thing for future missions there, Wilson says.

The asteroid Ryugu was born in the cold, in the early days of the solar system