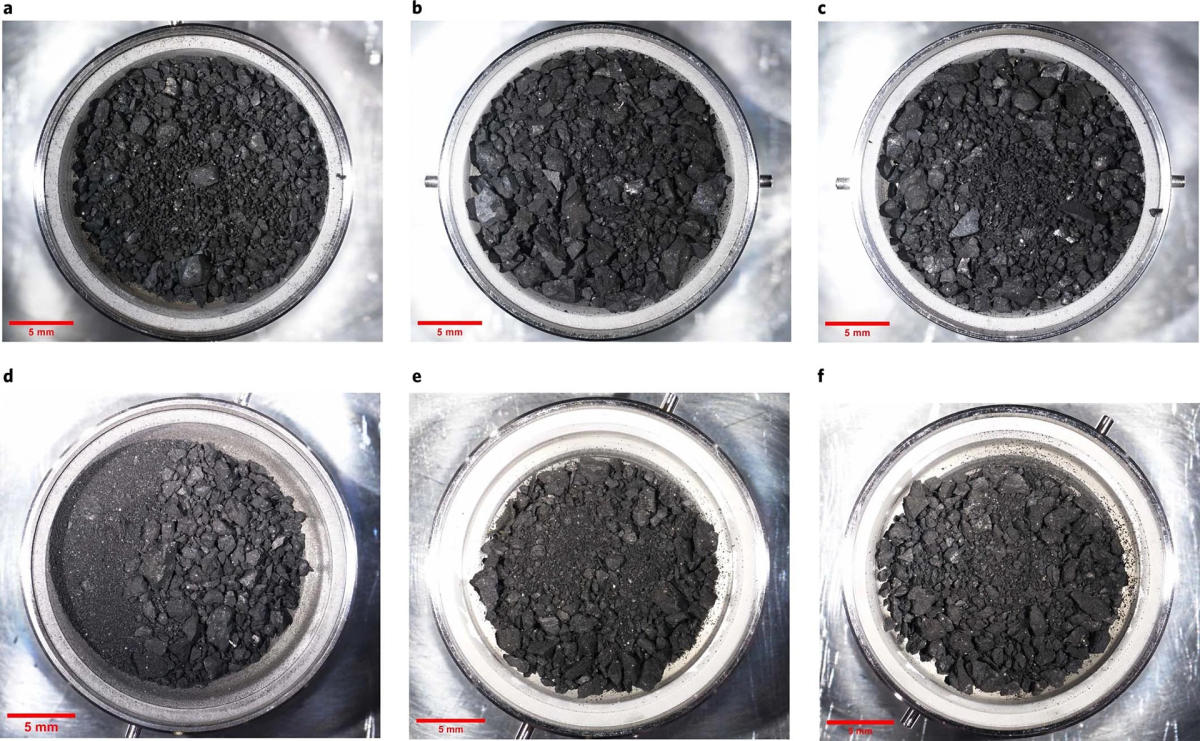 Scientists have finally studied their first complete samples sent back from an asteroid into space, and they confirm what you expected, while providing new information. ScienceAlert reports researchers have published of them papers revealing their first sample analysis by Ryugu, the space rock visited by the Hayabusa2 probe in February 2019. The team knew that Ryugu would be a common carbon-rich C-type asteroid, but that still makes for a good look at the ingredients of the early solar system.

Sampling indicates that Ryugu has a carbon-dominated composition similar to the Sun’s photosphere (outer shell), much like some meteorites. It is made of the most primitive materials in the solar system, emerging from the disk of dust that formed with the Sun itself. It is also quite porous, like many asteroids. However, it’s not quite a neat and tidy example. Most C-type asteroids have a low albedo (reflectivity of solar radiation) of 0.03 to 0.09 due to their carbon, but Ryugu’s is 0.02. It’s dark even by the standards of its cosmic neighbors.

As things stand, the very existence of these studies is an accomplishment. The first attempt to return a sample, from the astroid Itokawa in 2010, returned only a tiny amount of dust. There’s still more to come from Ryugu, but even the existing data could help scientists reshape their understanding of the birth and development of the solar system.