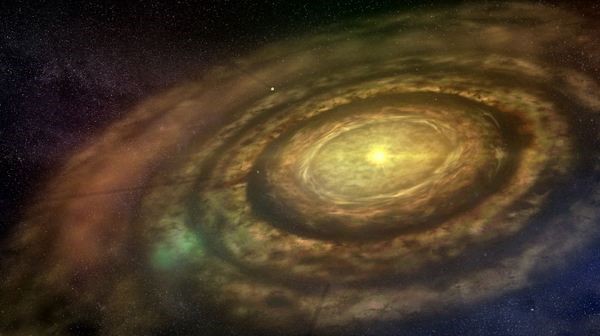 A recent study by Jingyi Mah and Ramon Brasser of the Tokyo Institute of Technology modeled the protoplanetary disk using available isotope data to understand how terrestrial planets formed. Mah and Brasser combined the dynamic modeling of the formation of planets with the isotopic stresses of meteorites and obtained results consistent with the isotopic differences observed between the planets being due to an original isotopic gradient in the protoplanetary disk. This contrasts with the dynamic models of planetary formation which require efficient mixing and result in almost identical isotopic compositions for all planets. Mah and Brasser argue for a mass depleted internal disk where terrestrial planets accumulate from locally sourced material. The authors argue that the region of the protoplanetary disc where the telluric planets developed probably did not experience sufficient mixing to completely homogenize an early isotopic gradient. Instead, Mah and Brasser’s results indicate that every accreting planet is built using locally derived materials and is not compatible with a complex mixture of solar system-wide materials. READ MORE

Dwarf planet Ceres which lies in the asteroid belt between Mars and Jupiter is a water-rich world, NASA probe says