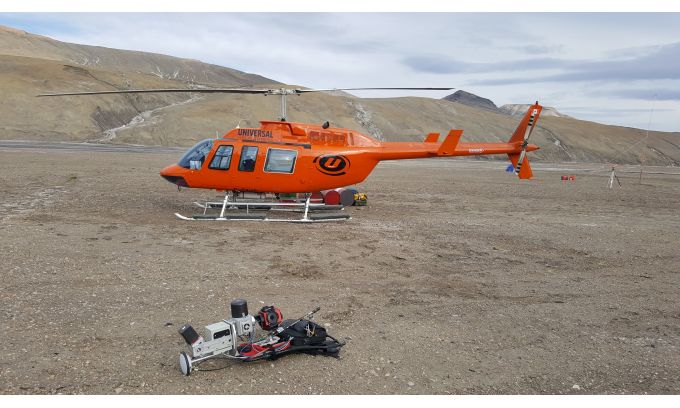 Geospatial data as a vital tool to protect planet Earth

This series of specially selected articles illustrates how geomatics plays a key role in protecting and preserving the environment. Geospatial data is an important part of the toolbox of researchers and other experts involved in nature conservation. Check out these examples of how geomatics techniques have been applied in practice around the world.

Create a digital twin of Earth

An unprecedented scientific effort to Lidar scan the entire surface of the Earth before it’s too late… that’s how Christopher Fisher, the founder of Earth Archive, describes his initiative. He started Earth Archive based on his experience using remote sensing technologies in Mexico and Honduras. Its objective is to better understand the causes and consequences of urban planning and environmental change.

Using satellite imagery to manage tree health in cities improves urban ecosystems. By combining traditional methods with other geospatial technologies, such as remote sensing and artificial intelligence to achieve “geoAI”, it is possible to detect and classify features even faster and more accurately. GIM International spoke with Dr. Nadina Galle, an award-winning ecological engineer and entrepreneur dedicated to the application of emerging technologies, to learn more about the seemingly limitless possibilities of geoAI

3D information about Earth’s forest ecosystems is essential to support long-term carbon monitoring, especially now that the global climate is unquestionably under pressure. Terrestrial laser scanning is increasingly being merged with aerial/space-based Lidar to characterize vegetation structure in a range of forest ecosystems. This article explores the potential of this approach to support larger area scaling in practice.

The Finnish Institute for Geospatial Research expands its airborne toolbox

The Finnish Geospatial Research Institute (FGI) recently added the RIEGL VQ-840-G airborne laser scanner to its impressive collection of sensors. FGI’s innovators are real scientists, advancing the 3D industry in new ways that will be very interesting to watch. The new low-altitude bathymetric sensor will be used for surveys in shallow water areas such as wetlands, riverbeds and coastal areas.

Located in the Meuse-Rhine delta, the Netherlands has a long tradition of land and water management. The fertile soils along the rivers and the coast were quickly occupied for food production, the bodies of water were used for the transport of people and goods, and along this transport network settlements emerged. . However, the proximity to bodies of water also meant the risk of flooding. From the beginning, the main objective was to reduce the risk of flooding by damming the rivers. Dams and locks were also built to keep water levels high enough for traffic – cross-border – on rivers further inland.