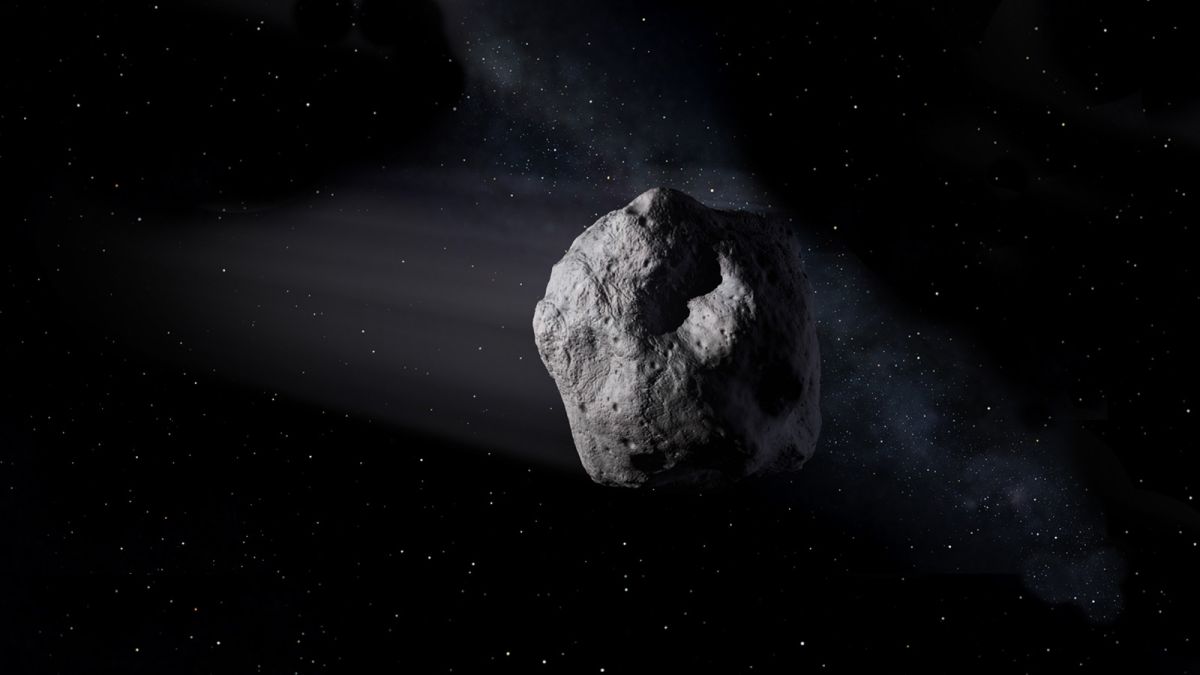 Comets are comets, and asteroids are asteroids… except when they’re not. Some asteroids appear to be active, forming the familiar comae, and even tails, of their cometary cousins. Astronomers know of only a few dozen examples of these active asteroids, but they suspect there are more – and you can join the hunt. The asteroids you spot could reveal secrets about the history of the solar system.

Asteroids are relatively simple. Remains of stillborn rocky planets, they are rich in carbon, iron and other heavier elements. They are basically large balls of rock.

comets, however, are much more active. It is a mixture of ice and looser, lighter materials that formed on the outer edges of the early solar system. Due to their lighter elements, when comets come too close to the Sunthey become restless, the light elements sublimating from the surface to form a coma, and sometimes even a gas tail that can stretch for millions of miles.

Related: Comets vs. asteroids: how do these rocky objects compare?

Asteroids and comets are therefore very different. But in 1950, astronomers found the very first signs of activity around an unexpected location. They discovered that the asteroid (4015) Wilson-Harrington has a coma, just like a comet. But the object was definitely not a comet. It was most definitely an asteroid, given that it had a mostly rocky composition.

Over the past 70 years, astronomers have identified fewer than 30 active asteroids, and they still present a major mystery to our understanding of Earth’s evolution. solar system. So how did these little rocky bodies get enough light elements to form a comma or a tail?

Active asteroids tell us something important about the history of the solar system. For example, one of the major unsolved mysteries of planetary evolution is how the earth got its water. Our planet was originally formed with lots of water, but most of it boiled off when the Earth’s surface melted or became locked deep in the mantle. Getting water to the surface of the planet requires some sort of distribution system. Comets are an obvious vehicle, but there may not have been enough of them wandering around the inner solar system to get the job done.

Maybe active asteroids did the job of enriching Earthbut we have so few examples in the modern solar system that it is too difficult to say.

Fortunately, these active asteroids are not alone. There is another distinct population of small bodies inhabiting the solar system: the centaurs. These asteroid-like objects lie between the orbits of Jupiter and Neptune. Astronomers believe centaurs were once members of the Kuiper Belta ring of small objects far beyond Neptune’s orbit, which got too close and was captured by the gravity giant planets.

Centaurs themselves share characteristics with asteroids and comets, forming a kind of hybrid population. Less than 20 of them produce visible comes, much like comets do. This is particularly puzzling, since many of these active centaurs spend most of their time beyond Jupiter’s orbit, where it should be too cold to sublimate frozen light elements.

This small but distinct population of active asteroids and centaurs presents astronomers with many mysteries. For example, how are the Centaurs active despite being so far from the sun? What do these active objects tell us about the history of light elements during the formation of the solar system?

To answer these questions, we need more data. Certainly, there are more active asteroids, but they are notoriously difficult to detect. Not only are asteroids relatively small, dark and far from the sun, but the signs of their activity are extremely faint. It takes time and attention to sift through catalogs of asteroid images, looking for signs of a coma or a tail.

This is definitely a task beyond the capabilities of even the most sophisticated automated algorithms, which means finding new active asteroids falls to us.

A document recently published in the arXiv prepublication database discusses a new citizen science project to hunt active asteroids. The project takes images of asteroids from the Dark Energy Survey (DES). Even though the DES telescope was not designed to hunt asteroids, its imaging capabilities prove to make it an ideal asteroid seeker.

However, to find more active asteroids, someone has to look at the images and decide if there is any sign of activity. And that’s where you come in: just visit activeasteroids.net and click to start. After a brief tutorial, you can start browsing asteroid images and decide if you think they are active.

Do not worry; the fate of astronomy does not rest entirely on your shoulders. Your answers will be compared to others before being transmitted to the researchers.

With a larger catalog of known active asteroids, astronomers hope to begin characterizing these objects and studying them in more detail. From there, they can begin to understand what these active asteroids might tell us about the history of the solar system.

There are 20 quadrillion ants on the planet, and they weigh more than all wild mammals and birds combined