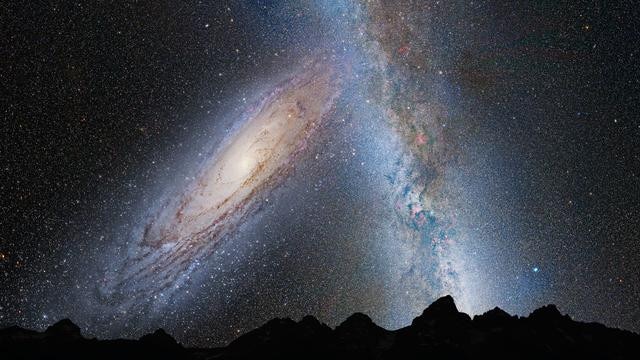 Here’s everything we know about the alien object

A meteor that hit Earth in January 2014 has now been confirmed by the US Space Command (USSC) as the first interstellar object from another solar system.

Last week, the USSC shared a note on Twitter confirming the work of Harvard astronomers Amir Siraj and Abraham Loeb that a space rock from another star system hit Earth in 2014.

6/ “I had the pleasure of signing a memo with @ussfspocChief Scientist Dr. Mozer to confirm that a previously detected interstellar object was indeed an interstellar object, a confirmation that helped the wider astronomical community. pic.twitter.com/PGlIOnCSrW

According to the memo, the speed and trajectory of the meteor suggested it came from a different solar system. The meteor, measuring 1.5 feet in diameter, “was indeed an interstellar object.”

Only one more entry remained in NASA’s Center for Near Earth Object Studies database, until Harvard researcher Amir Siraj went in search of information about ‘Oumuamua, the first known interstellar object in our solar system discovered in 2017.

While investigating ‘Oumuamua, Harvard University science professor Siraj and Loeb came across this meteor in the database.

The duo identified the object as an interstellar meteor in a study co-authored in 2019.

What is the reasoning behind the identification as interstellar?

According to CNNit was the high speed of the meteor that caught Siraj’s attention.

The researchers found that the meteor was moving at a speed of about 45 kilometers per second relative to Earth, but that was not the speed it was actually moving at.

To define its trajectory and orbit, its heliocentric velocity was measured relative to the sun. It is calculated based on the angle at which a meteor strikes the Earth.

Since the meteor struck Earth from behind, Siraj’s calculations put the meteor’s speed at around 60 kilometers per second relative to the sun.

Based on this velocity, Siraj mapped its course and discovered that it was in an unbound orbit. Other meteors and planets, which are part of the solar system, travel in a closed orbit around the sun.

The trajectory of this meteor suggests that it does not orbit the sun and that it is coming from outside the solar system.

Why haven’t we heard of this discovery before?

Since NASA does not release information about the accuracy of the readings, Siraj and Loeb were unable to publish their findings in a journal.

According to CNNSiraj had forgotten about the research when they received official confirmation from John Shaw, Deputy Commander of US Space Command, that “the velocity estimate reported to NASA is sufficiently accurate to indicate an interstellar trajectory”.

With approval, Siraj and Loeb will resubmit their findings for publication in a scientific journal.

With contributions from agencies

Expect a pink full moon to shine all weekend | Astronomy