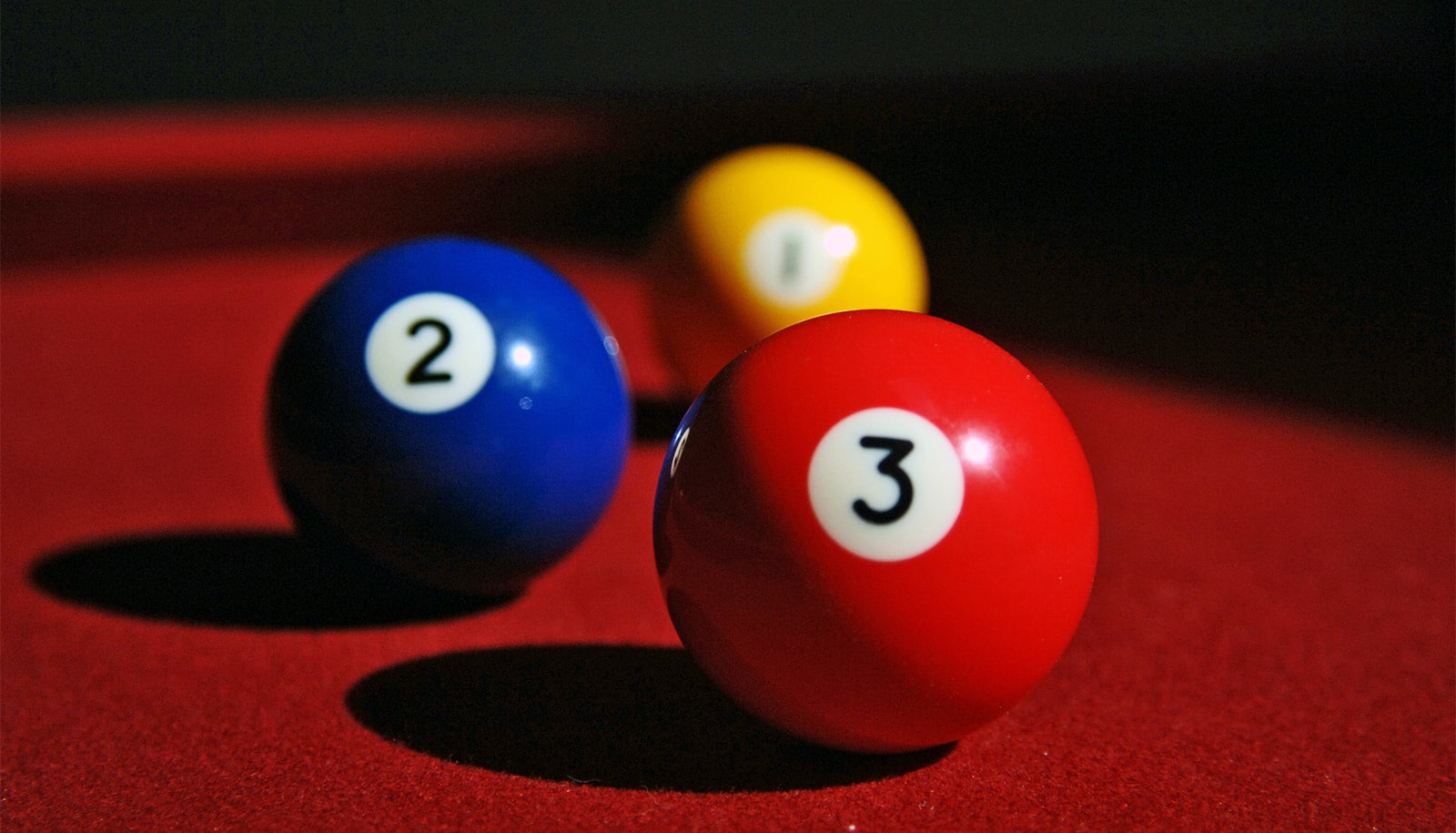 You are free to share this article under the Attribution 4.0 International license.

The formation of the planets – the process by which sharp, round, distinct planets form from a swirling cloud of rugged asteroids and mini-planets – was probably even messier and more complicated than most scientists would like to see. ‘admit, according to new research.

The findings challenge the conventional view, that collisions between smaller building blocks cause them to stick together and, over time, repeated collisions accumulate new material on the growing small planet. .

Instead, the authors propose and demonstrate evidence for a new “hit-and-run-back” scenario, in which pre-planetary bodies spent much of their journey through the inner solar system to crashing and ricocheting on top of each other, before crossing paths again later.

Having been slowed down by their first collision, they would be more likely to stick together next time. Imagine a game of pool, with the balls coming to rest, instead of bombarding a snowman with snowballs, and you get the idea.

More than one collision

The research appears in two reports published in the Journal of Planetary Sciences, one focusing on Venus and Earth, and the other on the Moon. At the heart of both publications, according to the authors, is the largely unrecognized point that giant impacts are not the effective mergers that scientists thought they were.

â€œWe find that most giant impacts, even relatively ‘slow’, are hit and run. This means that in order for two planets to merge you usually have to slow them down first in a hit and run collision, â€says Erik Asphaug, head of the author team, Planetary Sciences and professor at the Lunar and Planetary Laboratory. from the University of Arizona.

â€œTo regard giant impacts, for example the formation of the moon, as a singular event is probably wrong. It is more likely that it took two collisions in a row.

One implication is that Venus and Earth would have had very different experiences growing as planets, despite being immediate neighbors in the inner solar system. As stated in the first article, edited by Alexandre Emsenhuber, who did this work during a postdoctoral fellowship in the Asphaug laboratory and who is now at the Ludwig Maximilian University in Munich, the young Earth would have served to slow down the interloped planetary bodies, ultimately making them more likely to collide and stick with Venus.

â€œWe believe that during the formation of the solar system, the early Earth acted as a vanguard for Venus,â€ says Emsenhuber.

The solar system is what scientists call a gravity sink, the concept behind a popular attraction at science exhibits. Visitors toss a coin into a funnel-shaped gravity well, then watch their money go through several orbits before it falls into the center hole.

The closer a planet is to the sun, the stronger the experience of gravitational planets. This is why the inner planets of the solar system that these studies have focused on – Mercury, Venus, Earth, and Mars – revolve around the sun faster than, say, Jupiter, Saturn, and Neptune. Therefore, the closer an object gets to the sun, the more likely it is to stay there.

So when an intrusive planet struck Earth, it was less likely to cling to it and rather more likely to end up on Venus, Asphaug explains.

â€œThe Earth acts as a shield, providing a first stop against these impacting planets,â€ he says. “More likely than not, a bouncing planet off Earth is going to strike Venus and merge with it.”

Along the way, the ball loses energy and you will find that it will always bounce down, never up, â€he says. â€œBecause of this, the body can no longer leave the internal solar system. Usually you only descend to Venus, and an impactor that collides with Venus is pretty happy to stay in the inner solar system, so at some point it’s going to hit Venus again.

Earth does not have such a vanguard to slow down its underworld planets. This leads to a difference between the two similarly sized planets that conventional theories cannot explain, the authors argue.

â€œThe prevailing idea was that it doesn’t matter if the planets collide and don’t merge right away, because they’re going to collide again at some point and then merge,â€ says Emsenhuber. â€œBut that’s not what we find. We find that they more frequently end up being part of Venus, instead of returning to Earth. It is easier to go from Earth to Venus than the other way around.

Formation of planets over 100 million years

To track all of these planetary orbits and collisions, and ultimately their mergers, the team used machine learning to derive predictive models from 3D simulations of giant impacts. The team then used this data to quickly calculate orbital evolution, including hit-and-run and merging collisions, to simulate the formation of terrestrial planets over 100 million years.

In the second article, the authors propose and demonstrate their hit-and-run-return scenario for the formation of the moon, acknowledging the main problems with the standard giant impact model.

“The standard model of the moon requires a very slow collision, relatively speaking, and it creates a moon composed mostly of the impacting planet, not the proto-Earth, which is a major problem because the moon has almost identical isotopic chemistry. on Earth, â€says Asphaug.

In the team’s new scenario, a protoplanet about the size of Mars hits Earth, as in the Standard Model, but is a bit faster so it continues. It returns in about 1 million years for a giant impact that looks a lot like the standard model.

“The double impact mixes things up much more than a single event,” says Asphaug, “which might explain the isotopic similarity of the Earth and the Moon, and also how the second slow, merging collision would have occurred in the first place. . “

The researchers believe that the resulting asymmetry in the way the planets were assembled paves the way for future studies of the diversity of terrestrial planets. For example, we don’t understand how Earth ended up with a much stronger magnetic field than Venus, or why Venus doesn’t have a moon.

Their research indicates systematic differences in dynamics and composition, according to Asphaug.

“In our opinion, the Earth would have accumulated most of its material from frontal collisions, or much slower than those suffered by Venus,” he says. “Collisions with Earth that were more oblique and at higher speed would preferably have ended on Venus.”

This would create a bias in which, for example, the protoplanets of the outer solar system, at a higher speed, would preferentially accede to Venus instead of Earth. In short, Venus could be made of a material that is harder for Earth to grasp.

Additional co-authors are from the Lunar and Planetary Laboratory and Arizona State University.

Ask Astro: How and why do satellites orbit Lagrange points?