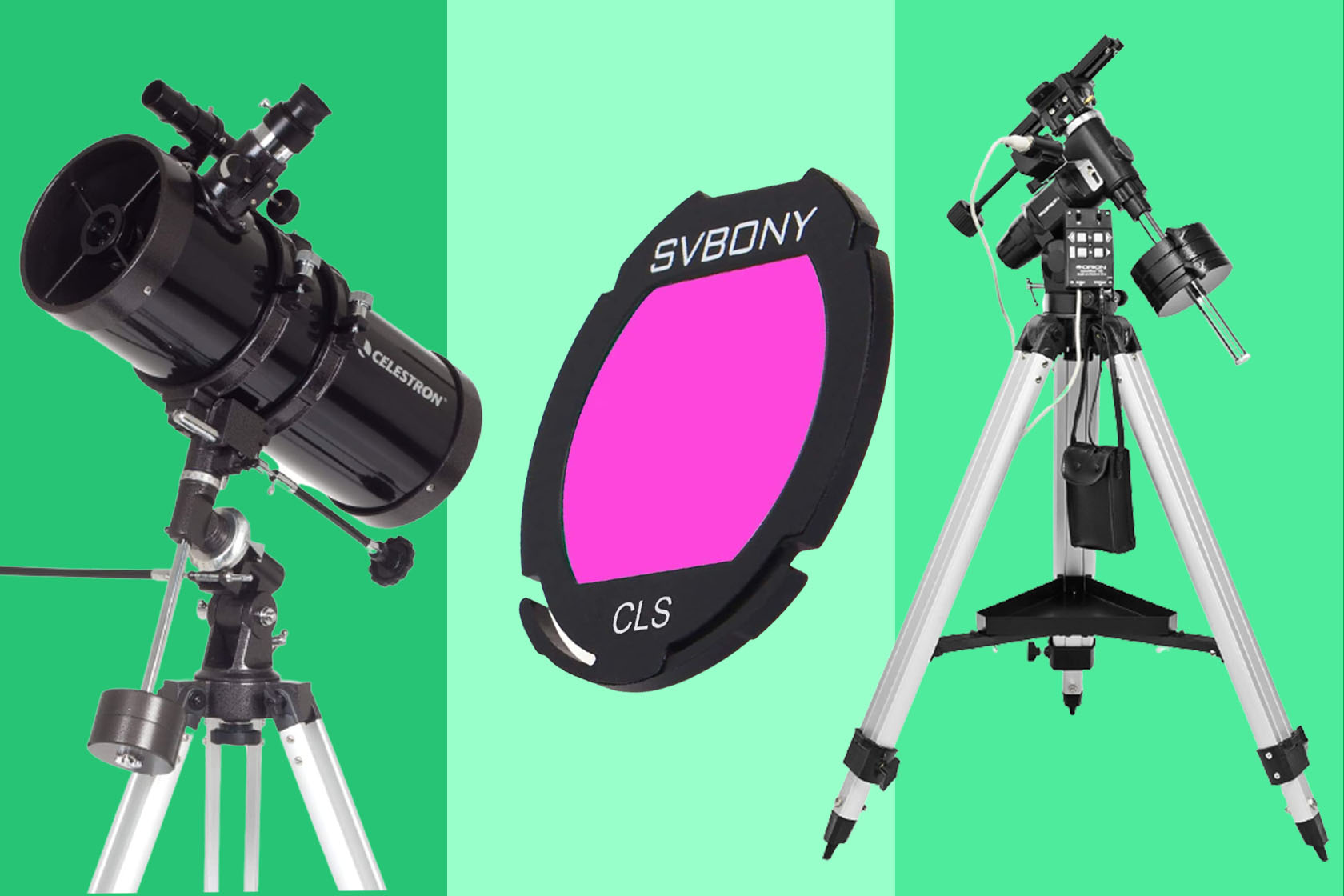 How to get started in astronomy in the Bay Area

There is something truly captivating about looking at the night sky and reflecting on the nature of the stars above us. While it may sound too lyrical or philosophical, humanity has been studying the stars for millennia now, and questions about our place in the universe and even the solar system have come to the fore with newer and better technology.

While cosmology (and astrophysics) is certainly interesting, there’s no reason you can’t participate in some interesting star-related hobbies as well: astronomy and astrophotography. In fact, San Francisco has a few great places to do a bit of both, and after a bit of shopping, there’s no reason you can’t start participating in this fun and fulfilling hobby.

Places to do astronomy and astrophotography

Before you begin, there are a few tips you should keep in mind.

First, light pollution is the enemy of astronomy because it drowns the light from the stars. This is why the use of a light pollution map is going to be helpful in determining where exactly to do your thing.

Second, astronomy doesn’t have to be expensive – and as you will see later, there are a few good starter telescope kits to get you started for just a few hundred dollars. Even without a telescope, you can get a very good beginner’s astronomy book, Night watch, and go out and look at the stars.

Finally, and this more general tip: it can get cold at night, especially in places where there is not a lot of light pollution, so be sure to take warm clothes, water, food and a first aid kit, as you may be away from civilization for a while.

Places to do your thing!

Now, when it comes to real astronomy and astrophotography, one of the best places in SF for stargazing is probably Strawberry Hill in Golden Gate Park. Not only is it quiet and secluded, it is also not very well known, especially with tourists, so you don’t risk being crowded. It’s also far enough away to reduce light pollution, making it easier to see the stars.

Land’s End is also another great point, especially on a clear day there are stunning views of the sky. In fact, the host of amateur astronomers from San Francisco star nights near the USS San Francisco memorial you can also catch.

Passing to East Bay, one of the best places is probably the Sibley Volcanic National Reserve, as it is well protected from light pollution by the hills. That being said, arguably the best spot of all is Mount Diablo. It’s a bit of a drive but it eliminates a ton of light pollution, and in the summer you have stunning views of the Milky Way.

Then on the South Bay there are a few observatories worth checking out, but if you want to fend for yourself, the Skyline Ridge Open Space Preserve is where you want to go. I mean, the name is even in the title! There you will find great views of the sky with little or no light pollution which is awesome.

Finally, Noth Bay has two superb spots: Mt. Tamalpais and Muir Beach Overlook. They are both popular spots by day and night, so you might find others stargazing, which is great if you want to connect (and not so much if you’re a lonely introvert like me. !).

The equipment you will need

Okay, now that you know where, let’s take a look at the how, at least in terms of equipment.

First, you will need a telescope, and the Celestron PowerSeeker 127EQ is a great starter kit. It comes with the telescope (of course), an equatorial mount, which is a fancy for a tripod that adjusts to the rotation of the earth, as well as a few eyepieces and three lenses. If you’re willing to shell out a bit more cash, the Celestron AstroMaster 102AZ is a more sophisticated choice with a more powerful telescope and a slightly better mount and lens set.

If you’re going to be doing astrophotography, it’s a bit more complicated … and expensive. For example, you will need to use a motorized mount because taking pictures of the stars requires long exposure shots. Some options are Orion AstroView EQ mount which is a good budget option, or the Celestron Advanced VX Computer Mount, which is pricey, but probably one of the best in its class. 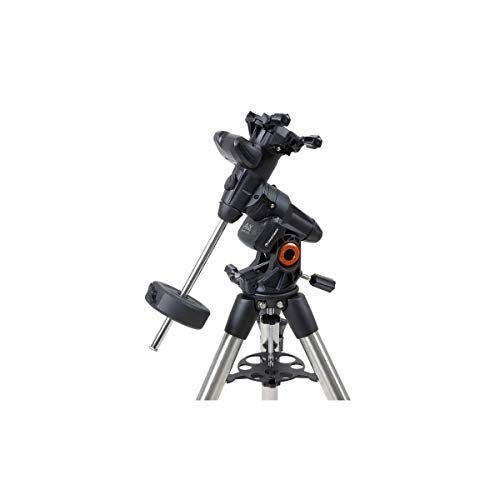 You will also need a good autoguider that connects to the mount and helps it keep a fixed point in the moving sky. the Orion StarShoot Autoguider is what you need, even if it’s expensive. Just be aware that you don’t necessarily need autoguider, it makes life a whole lot easier. 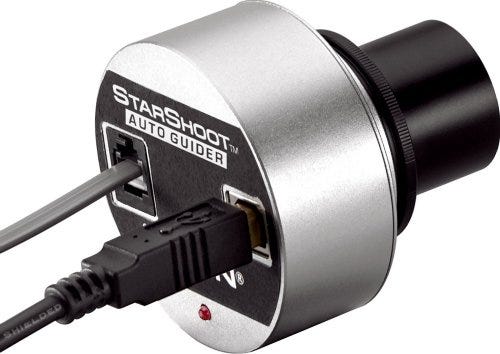 Then of course there is a camera adapter for the telescope. the SVBONY telescope camera adapter and / or the SVBONY T2 T-Ring Adapter should cover most pairs of cameras and telescopes, but always be sure to check the adapter thread to make sure it fits both. 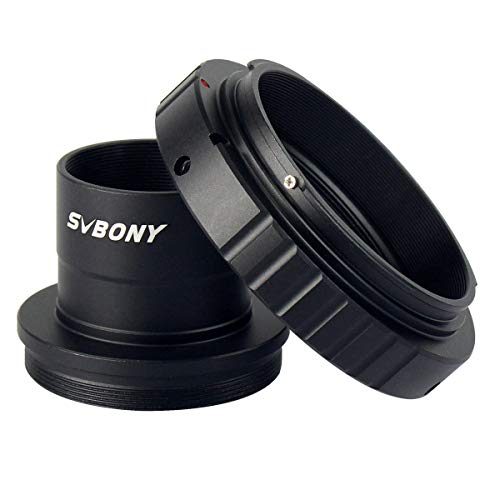 I would also recommend getting some light pollution filters, especially if you are near the city. the SVBONY telescope filter should work for most telescopes and the SVBONY Camera Filter should work for most cameras. Speaking of light pollution, you’ll want to use a Red light, rather than traditional white light, because white light will overwhelm the light receptors in your eye and make it harder to see at night. 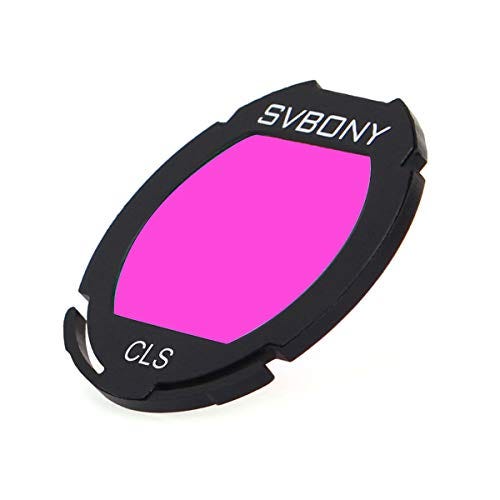 Finally, there is a bunch of software that will come in handy when working with astrophotography. For example, the Astro photography tool is ideal for controlling your camera, while the Sky Maps and Stellarium software will help you control the edit. Also, since astrophotography requires a bit of image processing, you will probably need the Deep SkyStacker app, or if you’re willing to pay, Images More, which is a bit more sophisticated and has more functions.

I would like to end this article by giving you some great local resources to check out, especially if you are really interested in delving into astronomy.

To begin with, there is the Northern California Astronomical Association, the San Francisco Amateur Astronomers (SFAA), and The Astronomical Connection (TAC). These are all large amateur associations that cater to astronomy enthusiasts.

There is also the Chabot Observatory and the Foothill College Observatory, both are perfect for shows, exhibitions, classes, and facility rentals. On the flip side, if you’re looking for something that mixes both entertainment and academics together, there’s the Fujitsu Planetarium and the Morrison Planetarium. They have everything from light shows to lectures, and are great if you want to introduce your kids to astronomy.

The sky this week from December 17 to 31