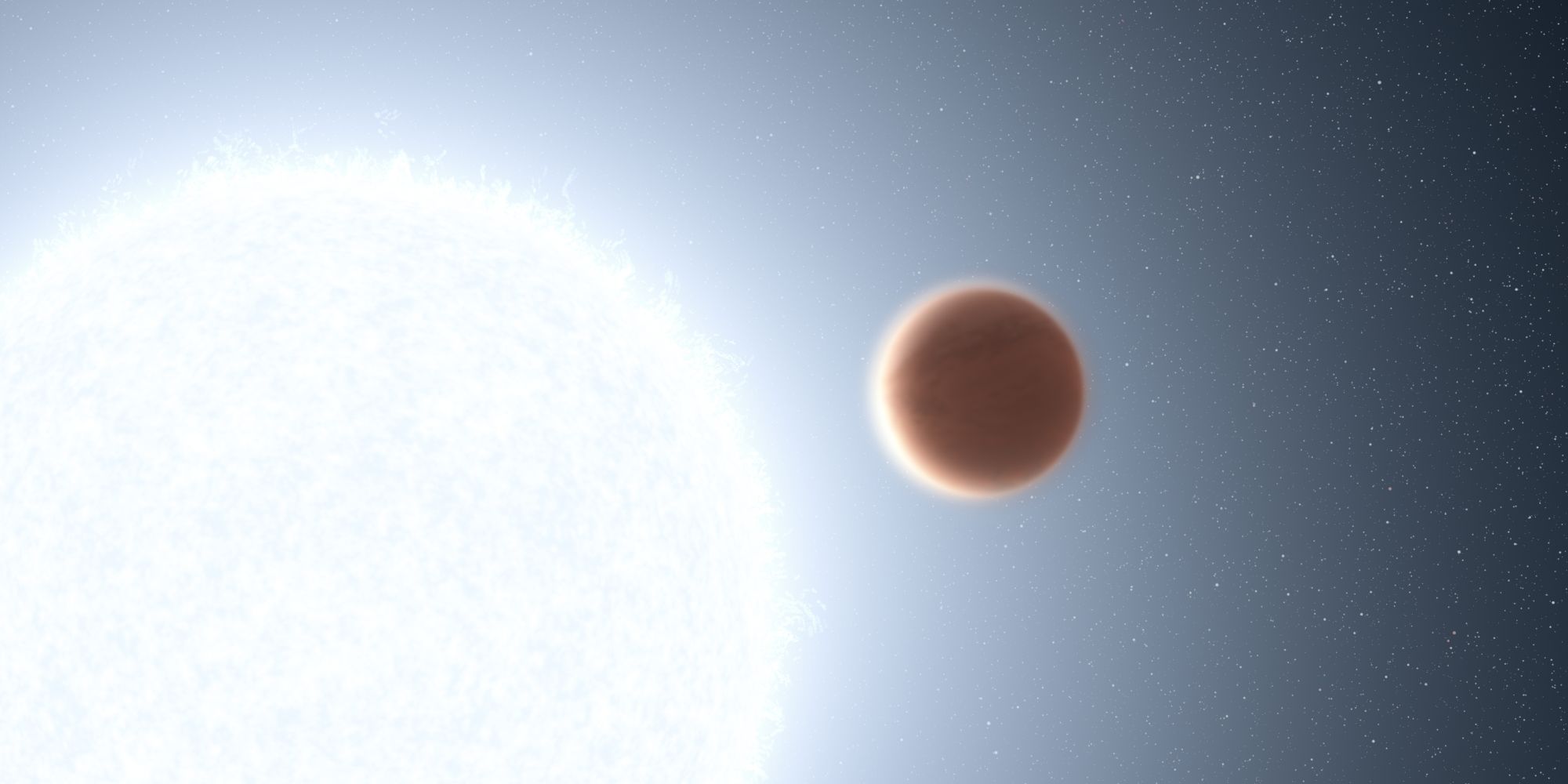 from NASA found all sorts of weird planets over the years, including this latest one with a surface temperature 3 times hotter than Venus. Although fast approaching its 32nd birthday, Hubble continues to be one of mankind’s best tools for exploring the universe. We’ve used the telescope to determine the age of the universe, learn more about our solar system, and gain valuable information about Earth.

Hubble is also excellent for discovering new exoplanets. Exoplanets are all planets that exist beyond our solar system. And they are many ! NASA recently confirmed 5,000 exoplanet discoveries. That’s a far cry from the 100 billion planets thought to be in the Milky Way galaxy, but it’s a huge step forward in discovering more and more of the universe we live in.

Related: This strange Jupiter-like planet is unlike any scientist we’ve ever seen before

In an April 6 blog post, NASA confirmed tantalizing details about one of the latest exoplanets discovered. The photo above is an artist’s impression of exoplanet KELT-20b. The planet is located 456 light years from Earth and has a gas composition similar to Jupiter. What’s really fascinating about KELT-20b is its close proximity to its host star. KELT-20b orbits its star so close that the planet’s atmosphere is over 3000°F. Compared to Venus’ maximum temperature of about 900°F, KELT-20b is more than 3 times hotter.

Along with KELT-20b, NASA also talked about Hubble observations for exoplanet WASP-178b. WASP-178b is even further from Earth at 1,300 light-years. One side of the planet is constantly facing its host star, while the other is always facing away. The “day side” of WASP-178b is cloudless and filled overwhelmingly with silicon monoxide gas. Due to this composition and the unique positioning of the planet, “The scorching atmosphere is moving on the night side at super-hurricane speeds exceeding 2,000 miles per hour.” Scientists think the dark side of WASP-178b could be cold enough for silicon monoxide to condense in the rock. Even so, the planet is usually hot enough for even rock to vaporize on it.

Although planets like KELT-20b and WASP-178b are completely uninhabitable for humans, searching for these planets with Hubble still provides scientists with interesting data. As researcher Josh Lothringer explains, “If we can’t understand what’s happening on super hot Jupiters where we have strong and reliable observational data, we won’t have a chance to understand what’s happening in the fainter spectra observing terrestrial exoplanets. .” As scientists better understand KELT-20b, WASP-178b and other planets easily seen with Hubble, it becomes easier to discover more distant planets. And on top of that, they’re also fascinating finds in their own right that remind us just how weird and weird outer space can be.

Next: Did Venus once have oceans?

Joe has been actively writing and speaking about consumer technology since 2012. His biggest passion is smartphones, but he’s happy to talk to you about just about anything with a processor. He lives in Kalamazoo, Michigan with his wife, two cats, and a pit bull/boxer mix.

A lunar micrometeorite preserves the beginnings of the solar system