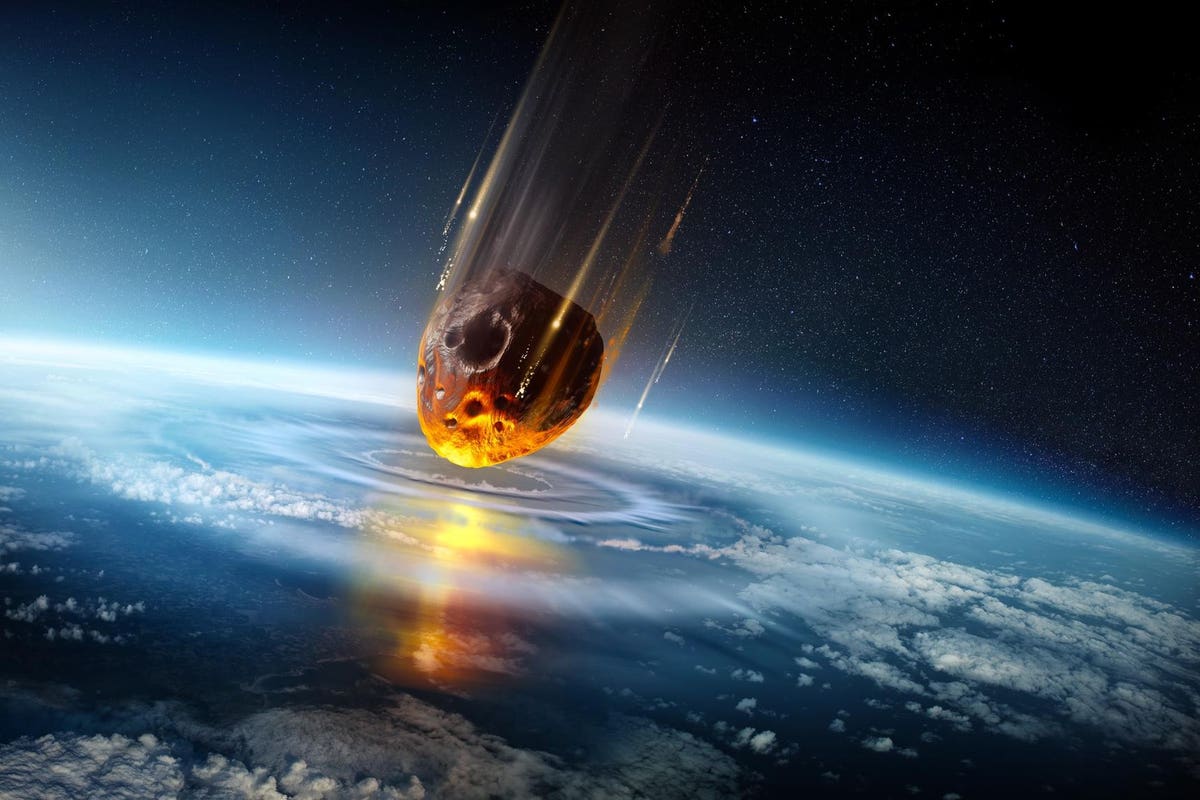 About 66 million years ago, a “planet killer” – a 10 kilometer wide asteroid – struck Earth. The Chicxulub impact caused a massive planetary-scale extinction, killing an estimated 76% of all species living on Earth at the time, including dinosaurs. According to a study published by Philip Lubin and Alexander N. Cohen, both physicists at the University of California, Santa Barbara, there is a chance that humanity will survive such a similar impact in the near future.

There are currently around 1,200 asteroids on a publicly available asteroid hazard list, a list of objects that could theoretically hit Earth in the next 1,000 years, but all are less than a kilometer in size. The probability of an asteroid the size of Chicxulub (5 to 15 kilometers in diameter) hitting Earth is once every 100 to 200 million years – very, very, very low, but not impossible.

There are three ways to deal with such a potential threat.

The first, and best strategy, is to prevent the impact by either destroying the asteroid or altering its trajectory in time. Already today, scientists are looking for asteroids likely to cross paths with Earth and are discussing possible defense strategies.

Nuclear bombs could pulverize parts of the asteroid, forming smaller pieces that will miss Earth entirely or burn up in Earth’s atmosphere. For asteroids the size of about a kilometer, rockets and nuclear weapons are already advanced enough to successfully intercept and completely destroy the celestial body.

With larger asteroids the size of Chicxulub, this strategy will not work, as the yield needed to vaporize or shatter all the mass exceeds the world’s arsenal of nuclear weapons. However, a series of conventional atomic bomb explosions could push the asteroid off its collision course if intercepted in time.

Based on their calculations, the authors conclude that asteroids larger than 40 kilometers are virtually unstoppable with current technology.

If the impact is unavoidable, the second strategy involves large underground bunkers to survive the impact and its aftermath. Citing the case that many burrowing or deep-sea-dwelling species survived mass extinction 66 million years ago, the authors conclude that bunkers could also save humanity. Underground facilities would protect humans from the direct effects of impact, such as explosion and fires, and the consequences, such as an impact winter.

Large underground facilities could be built in cratons, the thick, stable cores of continents, or deep under the oceans. They could also be used to store goods needed to survive the first years after the impact, such as food, medicine, fuel and fresh water. They could also serve as gene banks to preserve species, as the Global Seed Vault already does in the tectonically stable and remote Arctic archipelago of Svalbard.

According to a computer simulation, in the first moments of the impact, the energy released from the collision will cause a 300 degree hot blast wave, igniting large areas of the Earth’s surface. Soot from mega-fires burning across entire continents, along with dust and water vapor, will form a thick cloud cover in Earth’s upper atmosphere, drastically reducing sunlight reaching the surface. Temperatures would drop for decades, reducing the growing season for plants. A winter with widespread famine in an already struggling world would be the consequences. However, mankind has already survived a similar event in the past. A massive volcanic eruption in Indonesia around 74,000 years ago likely caused severe global climate disruption, but early humans were immune to the worst surviving effects in areas like Africa and India. India.

The final strategy, derided in the hit Netflix movie Don’t Look Up, is to ignore the problem until it’s too late. The authors only analyzed the technological aspects behind a successful defense strategy, not the political issues involved in developing such a mission over time. Designing, building and sending a series of nuclear devices into space would require the governments and institutions of many countries to work together. The authors conclude that “in any realistic scenario of an existential threat, logic would likely prevail, or so one hopes.”