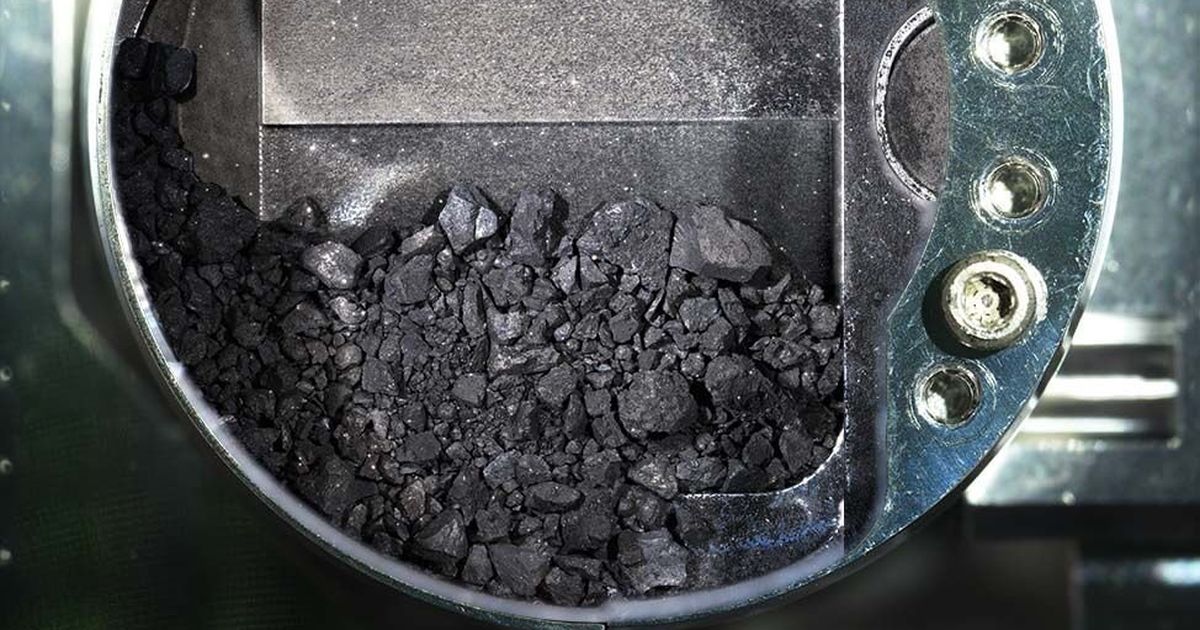 A fifth of an ounce of dark spots brought to Earth from an asteroid by a Japanese spacecraft are among the most pristine bits of a baby solar system ever studied, scientists said Thursday.

This fact should help planetary scientists refine their knowledge of the ingredients of the disc of dust and gas that circled the sun about 4.6 billion years ago before blending into planets and smaller bodies.

“We need to rewrite the chemistry of the solar system,” said Hisayoshi Yurimoto, a professor of earth and planetary sciences at Hokkaido University in Japan and responsible for the research analysis described in a paper published Thursday by the Science magazine.

The Hayabusa2 spacecraft arrived at Ryugu, a carbon-rich asteroid, in 2018. The mission was operated by JAXA, the Japanese space agency, and spent more than a year studying Ryugu. This included briefly descending to the surface a few times to pick up dirt samples from the asteroid and even using an explosive to blow up a new crater on its surface.

In December 2020, Hayabusa2 flew over Earth again, depositing a small capsule containing pieces of Ryugu in the Australian Outback.

Mission scientists spent the last year studying what Hayabusa2 had reported. “It’s a pile of rocks, pebbles and sand,” said Shogo Tachibana, a planetary scientist at the University of Tokyo and principal investigator in charge of analyzing the samples. The largest piece was about 4/10 of an inch, he said. Most of the particles were about 0.04 inch wide.

Yurimoto’s team received only a crumb from the asteroid – less than 1/200th of an ounce.

The biggest surprise from their analysis is that the pieces from Ryugu closely match a 1.5-pound meteorite that landed in Tanzania in 1938. The Ivuna meteorite, named after the region it fell in, was of a rare type. Of more than 1,000 space rocks discovered on Earth’s surface, only five are of the type known as CI chondrites.

(The “C” stands for carbonaceous, meaning containing carbon compounds, and the “I” stands for Ivuna. A chondrite is a stony meteorite.)

“It’s super similar,” said Sara Russell, head of the planetary materials group at the Natural History Museum in London, who was a science team member for the Hayabusa2 mission as well as a NASA mission, OSIRIS- Rex, who visited another carbon-rich asteroid, Bennu. She was the author of the article Science.

Bennu’s OSIRIS-Rex samples will return to Earth next year.

Dating of the Ryugu samples indicated that the material formed about 5.2 million years after the birth of the solar system.

Russell said the carbonaceous chondrites would have formed in the outer part of the solar system, farther than the current orbits of most asteroids. She described them as “essentially frozen relics of the early solar system”.

CI meteorites possess a composition of heavier elements similar to what is measured on the surface of the sun – such as the ratios of sodium and sulfur to calcium. Thus, planetary scientists thought it was a good indication of the building blocks that filled the early solar system. This provides key parameters for computer models aimed at understanding how planets formed.

Analysis indicated that the material was heated early in its history, melting the ice into water, which led to chemical reactions altering the minerals. But the relative amounts of various elements remained nearly unchanged, the scientists said.

This matches the image the Ryugu formed from the rubble that was knocked over by a much larger asteroid several miles across. (The CI meteorites probably also came from the larger parent asteroid, not Ryugu.)

The findings were “very significant,” said Victoria Hamilton, a scientist at the Southwest Research Institute in Boulder, Colorado, who was not involved in the research. “Even though we’ve learned a lot about the early solar system from meteorites here on Earth, they lack any kind of context.”

In this case, planetary scientists know exactly where the samples come from.

Ryugu’s correspondence with the CI meteorites was unexpected because the CI meteorites contain a lot of water, and remote measurements from Hayabusa2 at Ryugu indicated the presence of some water but the surface was generally dry. Laboratory measurements, however, revealed about 7% water, said Tachibana, co-author of the new scientific study. This is a significant amount for such a mineral.

Tachibana said scientists are working to understand the discrepancy.

The scientists also found differences between the Ryugu samples and the Ivuna meteorite. The Ivuna meteorite included even higher amounts of water and contained minerals known as sulfates that were absent from Ryugu.

The differences could indicate how the meteorite’s mineralogy has changed over the decades, sitting on Earth, absorbing water from the atmosphere and undergoing chemical reactions. This, in turn, could help scientists understand what formed as part of the solar system 4.6 billion years ago and what changed recently in CI meteorites within a few decades on Earth.

“It shows why it’s important to go on space missions, to get out there and explore and bring stuff back in a really controlled way,” Russell said.

It also raises expectations for the Bennu samples from OSIRIS-Rex, which will land in the Utah desert on September 24, 2023. Dante Lauretta, principal investigator of this mission, chose this asteroid largely because it seemed that it could be similar to CI meteorites. , and OSIRIS-Rex measurements at Bennu indicated more water than Hayabusa2 observed at Ryugu. But if Ryugu is already compatible with a CI meteorite, that suggests Bennu might be made of something different.

“So now I’m like, ‘What are we bringing back?’ “, said Lauretta, who was also the author of the scientific paper. “It’s quite exciting, but it’s also an intellectual challenge.