A multidisciplinary scientific team from the Spanish Institute of Oceanography (IEO), the University of the Balearic Islands (UIB) and the Mediterranean Institute for Advanced Studies (IMEDEA) published an article in the scientific journal Conservation Biology in which they present the empirical evidence that shows that Unlimited economic growth is the main driver of biodiversity loss and they advocate and propose measures towards sustainable degrowth.

The article includes a critical analysis of biodiversity loss and its causes, as well as the contradictions underlying the current political agenda for biodiversity conservation.

â€œThe socio-economic metabolism of capitalism (that is, the flows of materials and energy that displace human societies) is based on ever-expanding economic growth & rdquor;, indicates the first sentence of the study, the first author of which is Joan Moranta, researcher at the Spanish Institute of Oceanography and first author of the work.

To meet these material and energy needs, according to the article, an important part of the planet has been profoundly transformed, with the resulting negative consequences for biodiversity.

The expansion of intensive agriculture, forestry, fishing, aquaculture, industry, urbanization and motorized transport are just some of the economic activities that are modifying terrestrial ecosystems, aquaculture and marine, which has led, among other things, to the Covid-19 pandemic.

In the article, the authors show the relationship between economic growth and biodiversity and propose, within the framework of a strategy of sustainable decrease, some measures to face the socio-ecological problems which result from it.

The dubious effectiveness of the “green economy”

It turns out that a large part of sustainable development experts argue that economic growth is necessary to protect biodiversity, considering that such growth succeeds in increasing benefits through improvements in technological efficiency, while reducing the consumption of materials. , energy and greenhouse gas emissions.

According to the researchers, the defenders of this position suggest that it is thus possible to dissociate economic growth and environmental degradation., an idea on which the so-called green economy or green capitalism is based.

However, the study recalls that new evidence continues to emerge showing the devastating impacts on biodiversity derived from the extraction of natural resources associated with the expansion of economic activity. Despite this, the most recent ideas around sustainable development continue to suggest that economic growth is compatible with planetary biophysical limits and advocate for the conservation of biodiversity through unlimited growth.

“Conservation islands in a sea of â€‹â€‹degradation”

The authors point out that current conservation policies follow, almost exclusively, the postulates of conventional economics, and give rise to international biodiversity conservation programs focused on conservation measures based on the promotion of new protected areas and on the area of â€‹â€‹land and sea that must be isolated from production systems. This is what some authors have defined as â€œconservation islandsâ€ in an â€œocean of degradationâ€.

The article summarizes the main results of existing studies on the contradictions between growth and biodiversity conservation. After decades of defending the compatibility between conservation and growth, scientific evidence points to a real emergence of biodiversity.

Thus, the work concludes that capitalism is not compatible with the protection of biodiversity and that current growth-oriented conservation programs are highly ineffective because growth is the cause of biological collapse.

â€œThe metabolism of capitalism is not compatible with an economy which respects the limits of the biosphere. Environmental and biodiversity conservation programs based on & NegativeMediumSpace; & NegativeAverageSpace; on economic growth are inefficient. To ensure growth, the continued extraction of value and the commodification of nature are necessary to safeguard capital, which in itself constitutes one of the most critical contradictions of capitalism, ‘the study notes.

“A capitalist economy not only depletes the material basis for their reproduction, but also deteriorates the biophysical conditions that allow life on Earth,” he adds.

In this situation What is the alternative? The authors recall that it is possible to guarantee better conservation and preservation of biodiversity thanks to a global strategy of sustainable degrowth, that is to say the reduction of the overall volume of the current economy, with the aim of reducing the deterioration of the planetary resource base and the resulting degradation of the planetary environment.

“The nations of the world must advance towards a less material economy and more oriented towards social services. This model will lead to new social goals, beyond GDP, and improve human well-being and nature, â€the study notes.

â€œIt is necessary to change the functioning of financial, political, academic and social institutions. A better future can be achieved through a democratic and redistributive reduction in the biophysical size of the global economy by a lasting decline, rather than an economic decline leading to capitalist crises causing recessions and a deterioration of social conditions & rdquor;, add the authors. 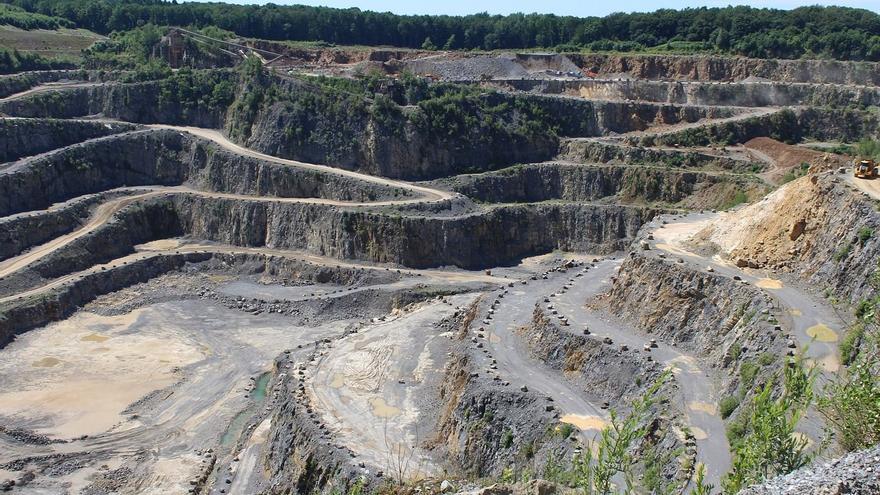 Sustained degrowth would also help humanity adjust to a future with fewer resources and more social conflict, they say. “Necessary take into account the limits of growth on a planet with finite resourcess, as well as the limited ecological and social carrying capacity; it is not enough to seek efficiency gains & rdquor ;.

According to the researchers, some of these activities that could be promoted as part of an overall sustainable degrowth strategy would be a just energy transition, the reduction of waste production through the redesign of production processes to facilitate reuse and recycling of product components, the ban on planned obsolescence, the promotion of agroecology or the promotion of care, health and education services.