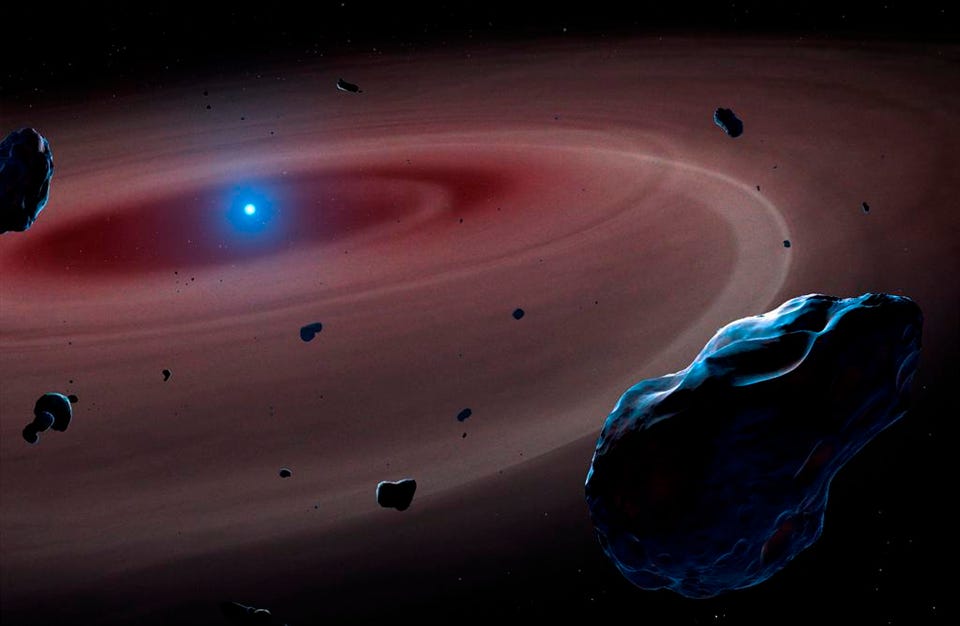 For more than 4 billion years, life on Earth has survived and thrived.

But over time, future disasters will afflict planet Earth.

As the sun ages, its core expands and heats up, increasing the rate of nuclear fusion.

After another 1 or 2 billion years, its energy production will boil the Earth’s oceans.

Subsequently, gravitational interactions between the inner planets disrupt their orbits.

There is a small probability that every rocky planet, including Earth, will be ejected.

Destined to engulf Mercury and Venus, the fate of the Earth remains uncertain.

The loss of stellar mass pushes Earth’s orbit outward; we can still survive.

If so, we’ll orbit our remaining white dwarf for eons.

After ~1019 years, massive interactions eject most stars and solar systems.

Earth, however, remains in orbit around our stellar remnant, with gravitational radiation causing inspiration.

After ~1026 years, the tides will fatally tear the planet apart.

The corpse of the black dwarf of the sun will finally devour the remaining ashes of the Earth: our ultimate end.

Only the rare isolated and ejected planets will remain intact longer.

Biggest comet ever to hit our solar system