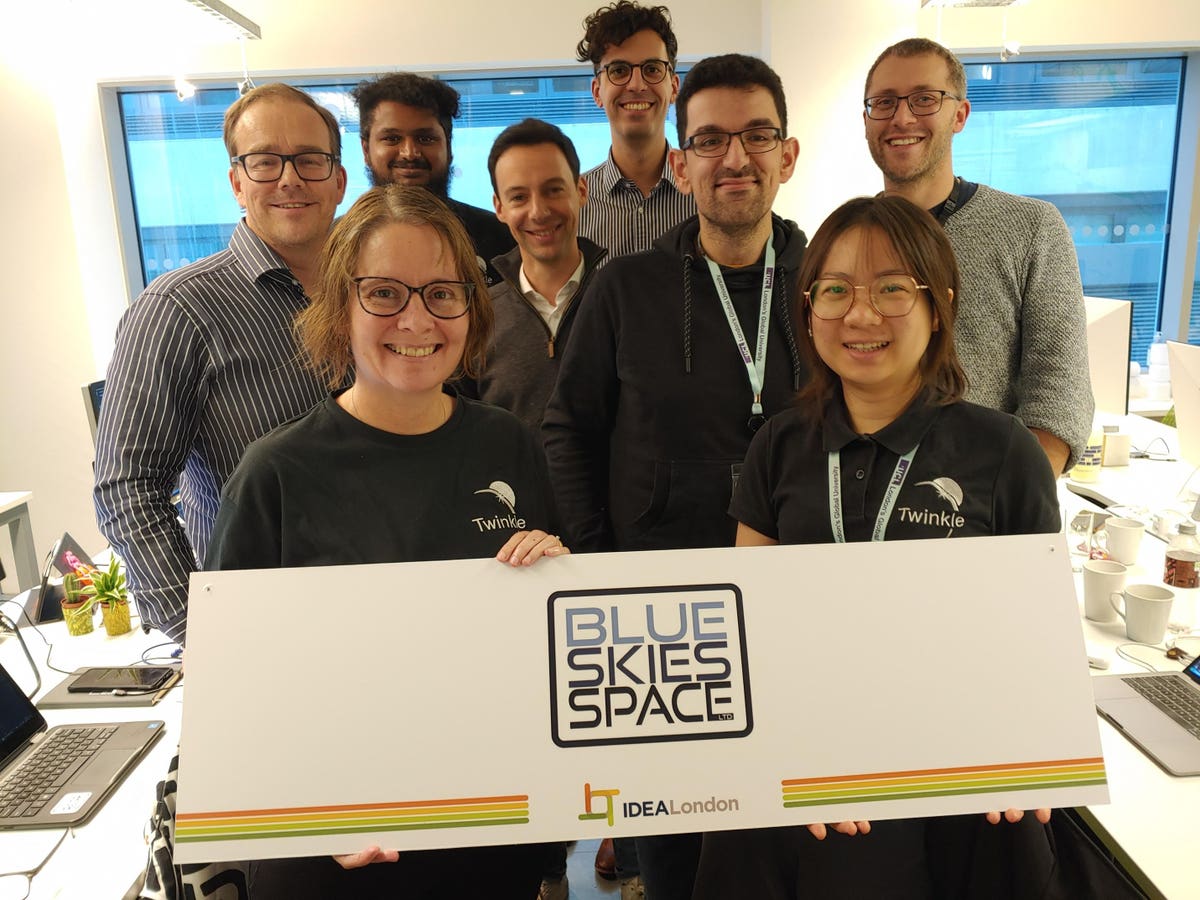 Who would have ever guessed that Blue Skies Space Ltd. (BSSL) – a space start-up that bills itself as the “world’s first company to deliver commercial scientific satellite data” – would find its first home on a low-key side street on the outskirts of London’s financial hub?

But BSSL, funded by a unique mix of private and public funds, is preparing for the final design and construction phase of its first satellite in low Earth orbit. And unlike missions funded directly by NASA or the European Space Agency (ESA), BSSL’s motivation is not just astronomy for science, but also astronomy for profit.

Fifteen institutions around the world have already signed up to be part of BSSL’s second-largest satellite project—-Twinkle, a low-Earth orbit satellite that will take spectra of atmospheres and exoplanetary objects in our own solar system. Ohio State University, Cardiff University in the UK and the University of Liège in Belgium are among fifteen institutions that have already provided early stage funding to be part of the Twinkle mission.

What’s phenomenal is that we were able to convince these universities to pre-purchase the project and become part of the scientific team shaping the program, Marcell Tessenyi, the astrophysicist CEO of BSSL, told me in a conference room at IDEALondon, a self-proclaimed hub of innovation not far from the City of London.

Tessenyi describes the startup itself, which began operations in 2014, as a small, average company. Even so, it only has an in-house team of 12 people sharing a coworking section of IDEALondon.

But the company has already gained credibility with the astronomical community, perhaps in part because the three co-founders were already respected scholars at University College London.

And if BSSL succeeds, it should usher in a new era of astronomical observations, using satellites made profitable by the sale of subscriptions to the data they generate. This will even include selling viewing time to universities and public and private institutions around the world.

We’re talking prices in the range of $75,000 to access datasets per year, or $5,000 per hour for observing time on the space observatory, once it’s up and running, Tessenyi says. .

Specifically, BSSL aims to fill a niche between the multi-billion dollar flagship missions of national space agencies and the tiny CubeSat missions currently undertaken by a number of universities.

It is possible that BSSL and future for-profit space science ventures could drive down the costs of astronomy from space. And maybe double or even triple the number of astronomy missions launched today.

BSSL’s first venture into space will be with a tiny, 1.5 million euro, 15 centimeter telescope dubbed Mauve that will monitor the flaring activity of nearby solar-like stars using ultraviolet and visible spectroscopy. The goal is to determine which of these stars would make good hosts for habitable planets. It will be launched in 2024.

But the company’s biggest planned mission is Twinkle, a much more expensive satellite, estimated at $50 million to $60 million, that will observe the atmospheres of planets around bright stars in our own galaxy. Although Twinkle only uses a telescope less than half a meter in diameter, from its thermally stable low Earth polar orbit it is expected to study thousands of objects. This will include everything from exoplanet atmospheres and stellar disks to the surfaces of asteroids and comets within our own solar system.

And the best scenario for the launch of Twinkle, Tessenyi told me, is late 2024.

As for what was the hardest thing about this whole startup business?

The amount of complicated stuff we had to go through to get where we are, whether it’s its seed funding or partnerships with big manufacturers, or its credibility in the user community, says Tessenyi. All of these different facets take a ton of work, he says.

But the hope is that once these spacecraft are in orbit and taking data, the costs will be recoupable and generate surpluses from the initial subscriber base that can be used to invest in future missions.

Why did Blue Skies Space choose to be a for-profit company rather than a non-profit organization?

The for-profit route has completely changed the landscape and opened many more doors in terms of funding opportunities, says Tessenyi. We think commercially in order to be as nimble and profitable as possible, he says.