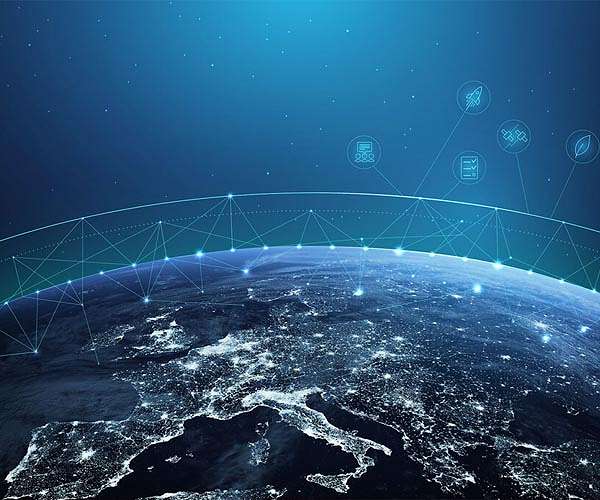 ESA’s Navigation Directorate is planning a new satellite whose results will generate an up-to-date global model of the Earth – the international terrestrial reference frame, used for everything from land surveying to measuring the elevation of the sea ​​level – with an accuracy of up to 1mm, while tracking ground motion of only 0.1mm per year. This improvement, all at once, will have a major impact on multiple navigation and earth science applications, including improving the accuracy of the Galileo navigation system. This mission, called GENESIS, is proposed at the meeting of the ESA Council at Ministerial level next month.

GENESIS will work by combining and co-locating the four main technologies currently used for geodetic measurement of the Earth on the same platform for the first time, aboard a satellite orbiting at 6,000 km altitude. In the process, this satellite will also obtain one of the most precisely determined orbits of any object in space, down to the millimeter scale.

“Thanks to GENESIS, we will improve the accuracy of the Earth’s spatial reference system by about an order of magnitude. This is essential for positioning and navigation in civil society and for correct georeferencing of all geospatial information. GENESIS will also improve the “accurate orbit determination” of Galileo and other satellites, and in turn immediately improve their positioning performance, as we will have a truer reference for the exact distances their signals travel from floor space.”

In addition to improving our knowledge of the orbits of Galileo – and other satellites in the global navigation satellite system, GNSS – the data collected by GENESIS will also allow for a “phase center calibration” of the GNSS antennas, identifying the offset between their mechanical and electrical centers, which plays a key role in many aspects of positioning, navigation and timing.

Additionally, the very precise orbital tracking that GENESIS requires to accomplish its mission will allow for one of the most accurate modeling yet of the non-gravitational forces acting on satellites in space – such as solar radiation pressure, which is the slight but constant thrust that orbiting objects receive from the sun itself.

GENESIS itself will be a relatively small metric scale satellite, but the challenge will be to synchronize and calibrate its quartet of payloads in a very stable environment, mapping their positions relative to the satellite’s center of mass down to one millimeter or less for the duration of the mission.

A new vision of our home planet
Equivalent benefits will also benefit many other space missions, such as radar altimetry satellites used to track sea level rise, as well as earth science and location-based services.

Javier adds: “With GENESIS, we will improve the current accuracy of the International Terrestrial Reference Frame (ITRF), which is the foundation of all space and terrestrial observations in the field of navigation and earth sciences. Therefore, its improvement will provide benefits in all related applications. GENESIS results will also empower many location-based services in everyday life, such as surveying, intelligent transportation systems, precision agriculture, and infrastructure maintenance.

The ITRF is in turn constructed from a grid of specific reference points: Global Geodetic Observing System stations spread around the globe whose positions are accurately and regularly mapped using a quartet of geodetic techniques spatial.

Javier adds: “The problem is that when we combine all these methods for the generation of ITRF, they are affected by the precision with which we determine the differential coordinates between the reference points of each technique, the so-called links local, and by some errors, which increases the overall level of error.

“But now, by running them all together from the same satellite, with the instruments duly calibrated and synchronized, we can identify and correct these biases over time, achieving much more accuracy and stability overall. GENESIS will in turn become a dynamic space geodetic observatory, which effectively complements existing ground-based infrastructure, providing a breakthrough in improving the accuracy and consistency of the Earth’s frame of reference.”

Strong scientific and international support
Following the publication of a scientific white paper and the recent ESA GNSS Science Symposium in Sofia, Bulgaria, the proposed mission has received very strong support from the scientific community as well as interest from NASA.

In addition, the potential of this mission was also recognized recently at the 16th meeting of the United Nations International Committee on GNSS in Abu Dhabi from October 9 to 14, where the wide range of benefits of this mission for precise navigation , geodesy, earth sciences and climate change monitoring were highlighted.

A recent ESA “Request for Information” for the GENESIS mission has been published to seek further input from industrial partners who may undertake the mission, once approved.

Transfer to FutureNAV
GENESIS is supported by ESA’s Navigation Directorate’s FutureNAV programme, which also includes in-orbit demonstration satellites for a Low Earth Orbit satellite navigation constellation. The FutureNAV program, including GENESIS, is due for a decision at the next ESA Council at Ministerial level in November. 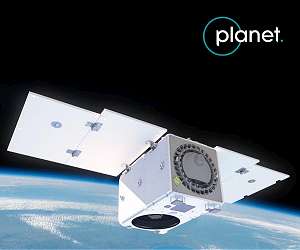 Planet Labs PBC (NYSE:PL) announces the launch of its Nonprofit Program, an offering that provides access to Planet imagery and support services specifically for nonprofits and nongovernmental organizations (NGOs) . In line with Planet’s mission to use space to support life on Earth and with the goal of enabling more effective uses of Planet’s data, the offering addresses two traditional challenges faced by nonprofit organizations. : limited budgets and resources, as well as the infrastructure and technical expertise to analyze Planet’s data. . Learn more