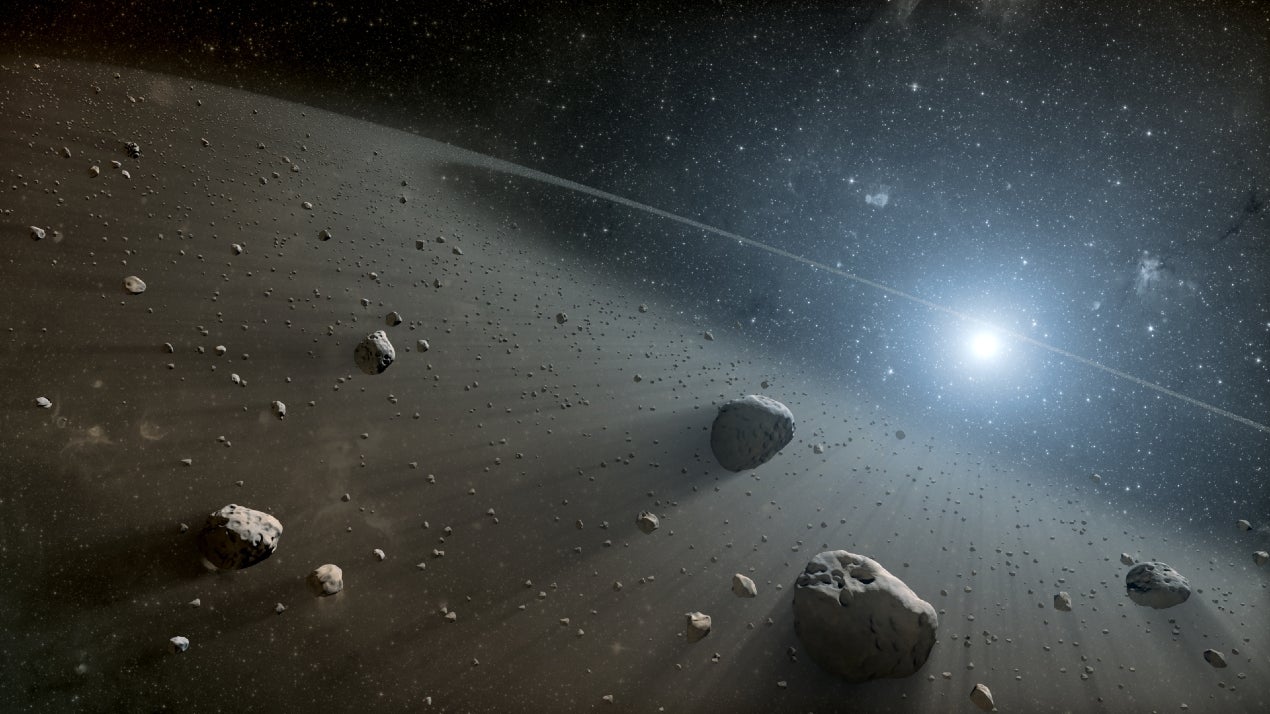 The materials that formed Earth may have been developed far back in the early solar system and later brought in during the solar system’s turbulent history, a study suggests.

The new study is led by researchers from the Tokyo Institute of Technology whose findings were published in the journal AGU advances.

The study indicates that these asteroid materials may have formed far away in the early solar system and then been transported into the inner solar system by chaotic mixing processes.

Based on these results, the study proposes that outer main belt asteroids formed in distant orbits and differentiated to form different minerals in water-rich mantle and rock-dominated cores.

Their models indicated that to match asteroid spectra, the starting material had to contain a significant amount of water and ammonia, a relatively small amount of carbon dioxide (CO2), and react at temperatures below 70°C. vs. This indicates that the asteroids formed much further than their current locations in the early solar system.

“Whether the formation of our solar system is a typical result remains to be determined, but many measurements suggest that we will soon be able to put our cosmic history into context,” said lead author Hiroyuki Kurokawa of the Earth-Life Science Institute ( ELSI) of the Institute.

There will be several opportunities to test this model, for example, this study provides predictions on what analysis of samples returned by Hayabusa 2 will find. Hayabusa is the Japanese space agency JAXA’s asteroid sample return mission.

This distant origin of asteroids, if correct, predicts that there will be ammonia salts and minerals in samples returned by Hayabusa 2. Further verification of this model will be provided by analyzes of materials returned by the mission. NASA’s OSIRIS-Rex.

The above article was published by a news agency with minimal changes to the title and text.

Nature now has “the right to exist” in Panama