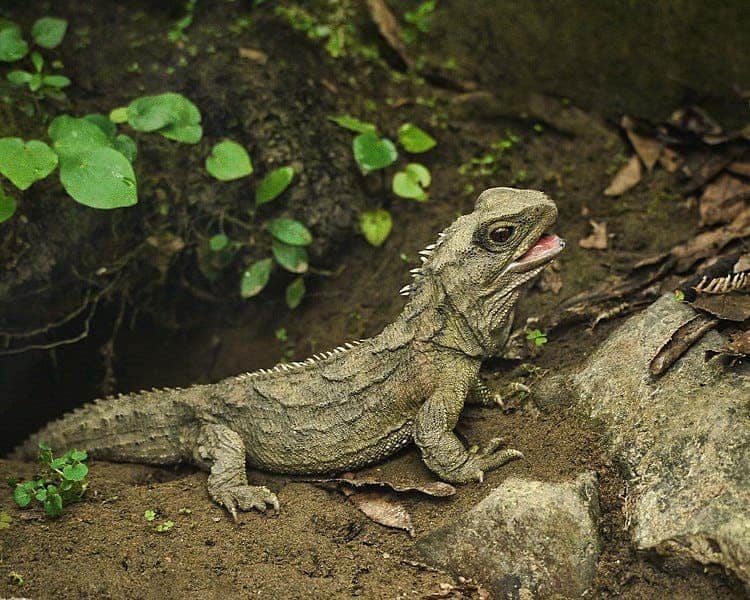 More than 1 in 5 reptiles on the planet are endangered, especially those in forests

Thousands of species of reptiles are threatened with extinction around the world. According to a new study, 21% of all reptile species are vulnerable, endangered or critically endangered. Crocodiles and turtles are most at risk of extinction, with 57.9% and 50.0% of species threatened, respectively.

The fact that human activity is driving species to extinction is nothing new, and things are going from bad to worse in many parts of the world. Having a good understanding of the gravity of the situation is a first step in focusing conservation efforts where they are needed most.

With this in mind, a team of researchers set out to assess just how bad the situation is for reptiles. While assessments have been made for birds, mammals and amphibians, they are lacking for reptiles. In total, the researchers analyzed 10,196 species from 24 countries on six continents, finding that about 1 in 5 species is threatened with extinction. The survey covered 24 countries across six continents. The study found that 30% of reptiles living in forests are threatened with extinction, compared to 14% of reptiles in arid habitats.

“The most important finding is that more than 21% of the world’s reptiles, or more than 1,800 species, are threatened with extinction,” says Bruce E. Young, chief zoologist and senior conservation scientist at NatureServe, a non-profit organization, and co-author. of the study, at ZME Science.

If that doesn’t sound alarming, well, it should. The current rate of species extinction is estimated to be 100 to 1,000 times higher than natural background extinction rates, and the main culprit for this is human activity. We are causing species extinctions at a rate comparable to the great extinctions of human history, and reptiles are not spared from all this.

“The potential loss of a fifth of all reptile species reminds us of just how much biodiversity on Earth is disappearing, a crisis that threatens all species, including humans,” said Maureen Kearney, director program at the US National Science Foundation, which has funded much of the research study conducted in Latin America and the Caribbean. “Understanding data on extinction risk for all species is essential if society is to develop strategic and effective conservation efforts, and this study fills a gap in that understanding.”

This study included a large and diverse international team, and Kearney says that it is only through this type of international effort (which often includes underappreciated “on the ground” work) that we can fully understand the challenges facing biodiversity is confronted.

The researchers also mapped the areas with the highest concentration of extinct species – often forested areas. This not only indicates areas where conservation action is most important, but also indicates what types of conservation efforts would be most helpful.

“The greatest concentrations of endangered reptiles are found in Southeast Asia, West Africa, northern Madagascar, the northern Andes and the Caribbean. The most effective conservation effort would be to ‘prevent forest destruction and restore degraded forests in these places,’ adds Young.

“The biggest surprise is the similarity of threats to terrestrial vertebrates (birds, mammals, reptiles, amphibians). Agriculture, logging and invasive species are major threats to all four groups. This means that reducing any one of these threats will help reduce the threat of extinction for species in all four groups,” Young adds in an email.

“This is good news because extensive efforts to protect better-known animals have also likely helped to protect many reptiles. Habitat protection is essential to protect reptiles, as well as other vertebrates, from threats such as as agricultural activities and urban development.

However, reptiles are a diverse group, and efforts to help them will also need to be diverse — and they must be scaled up quickly, the researchers insist, before irreversible damage begins to spread through ecosystems.

Young, who has been based in Costa Rica since the 1980s, recalls how a species of reptile was thriving in the country’s forests when he first arrived. But deforestation for agriculture has brought the species to the brink of extinction.

“I have been based in Costa Rica since the 1980s. A snake called the Black-headed Bushmaster (Melanocephalic lachesis), which feeds on small forest mammals such as rats, was widespread in lowland rainforests along the country’s Pacific slope when I arrived. Widespread deforestation, including the conversion of forests to oil palm plantations and other forms of agriculture, has fragmented the habitat to the point that the species is now restricted to a few large tracts of forest and listed as vulnerable. at extinction in our analysis.

Although the challenges reptiles face are global, we can also play a part and help them. Specifically for reptiles, the easiest thing to do, says Young, is to resist the temptation to keep reptiles as pets. Often these animals are taken from the wild. Most importantly, we must take action to reduce global trade that leads to forest loss that harms reptiles (as well as mammals, birds, amphibians and other creatures).