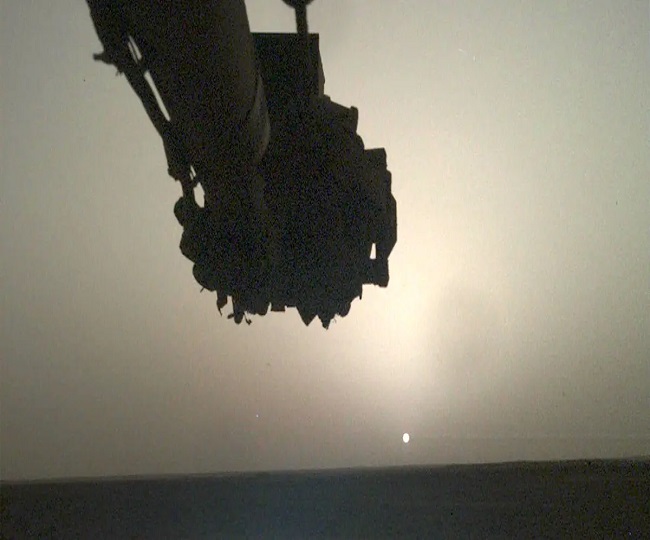 New Delhi | Jagran Trend Office: On Monday, NASA’s Aeronautics and Space Administration shared a stunning image of the sunrise on Mars. The space agency took to its official Instagram account to share an interesting photo taken from the InSight rover.

InSight (Interior Exploration using Seismic Investigations, Geodesy, and Heat Transport) is a Mars lander that was the first robotic explorer to study the crust, mantle, and core of Mars. According to NASA, this image was captured by the rover April 10.

Taking to Instagram, NASA sharing the photo wrote: “On April 10, 2022, the 1198th sol (or martian day) of its mission, our InSight lander captured this photo of the Martian dawn over the plains of Elysium Planitia.”

He added: “InSight is NASA’s first mission to study the interior of Mars – its crust, mantle and core – in depth. With its seismometer and other scientific instruments, InSight has measured hundreds of” tremors of Mars”, studied mysterious magnetic pulses and gave us incredible views like this; what we learn from InSight will not only reveal how planets like Mars first formed, it will help us to understand the patterns of the Red Planet as we prepare for humans to explore Mars on future NASA missions.”

NASA’s InSight isn’t the only robot on the Red Planet, it also has help from the Perseverance rover and the Mars Ingenuity helicopter. Meanwhile, the InSight rover has two main scientific objectives: to understand the formation and evolution of the Earth planet by studying the structure and interior processes of Mars and to determine the current level of tectonic activity and the impact rate of the meteorites on the planet.

On the other hand, the main task of the Perseverance rover is to search for signs of ancient life and collect rock and regolith (soil) samples for eventual return to earth and Ingenuity’s task was to test the first flight motorized on Mars.