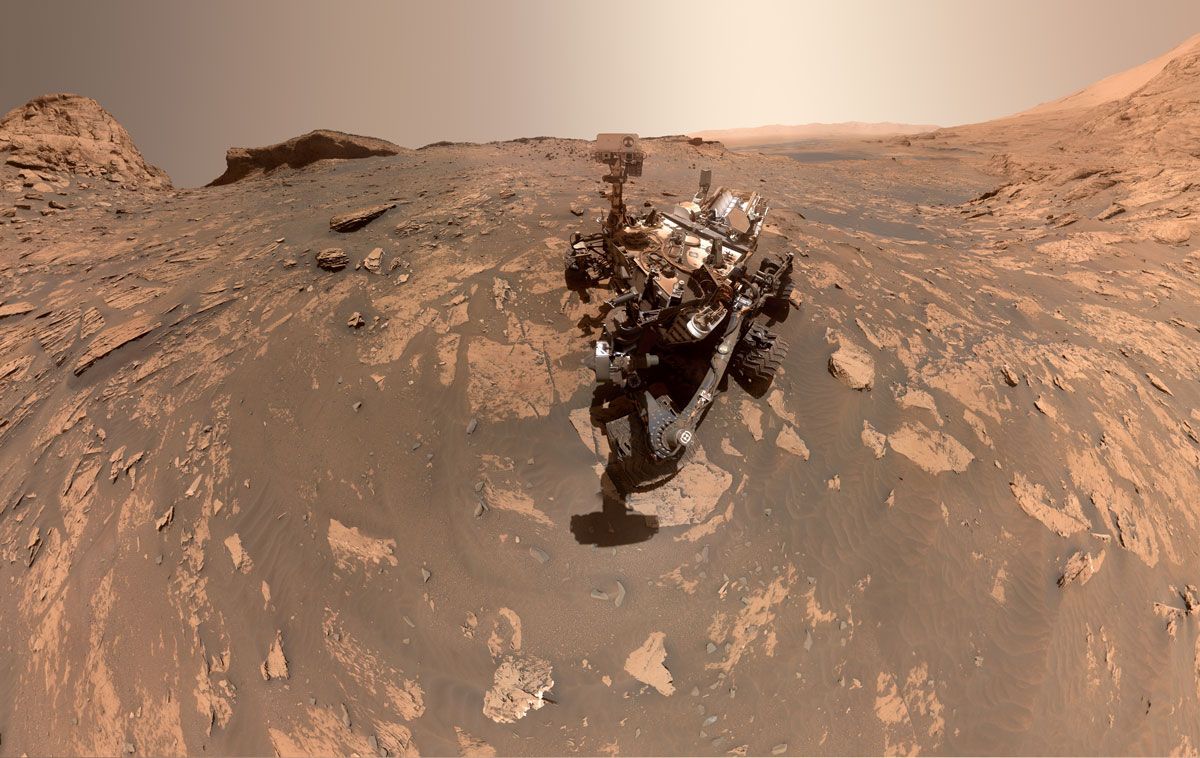 NASA extends 8 missions to explore Mars and the solar system

Eight interplanetary spacecraft attempt to continue their missions to Mars, the Moon or various asteroids.

NASA has extended the work of these missions “because of their scientific productivity and their potential to further our knowledge and understanding of the solar system and beyond,” the agency said in a statement. statement.

The decision to maintain these long-standing missions was made after independent reviews of their work, including input from academia, industry and NASA. The panel’s assessments of 50 reviewers “validated that these eight science missions have substantial potential to continue to deliver new discoveries and answer compelling new scientific questions,” the agency said.

Here’s a quick rundown of Extended Missions and what they’ll do next.

1) The Curiosity rover on Mars

Curiosity, also known as Mars Science Laboratory (MSL), landed on Mars in 2012 and will explore for another three years. He spent several years climbing Mount Sharp (Aeolis Mons) after landing in the Red Planet’s Gale Crater. It is a long-term hunt to understand how water and potential living conditions came to be in this region of the planet.

“In its fourth extended mission, MSL will climb to higher altitudes, exploring the critical sulfate-bearing layers that provide unique insight into the history of water on Mars,” NASA said.

2) Lunar Reconnaissance Orbiter on the moon

The Lunar Reconnaissance Orbiter (LRO) has been operational since 2009 and will operate for another three years. It is best known for mapping high-definition moon surface detail, tracking past and present landing (or crash) missions, and searching for ice water reserves on the moon.

NASA will use its data to plan its Artemis moon landing program which calls for boots to surface no earlier than 2025, the agency said, giving LRO another three years for this work.

“LRO will continue to study the moon’s surface and geology,” NASA said of the extension. “The evolution of LRO’s orbit will allow it to survey new regions far from the poles in unprecedented detail, including permanently shadowed craters near the poles where water ice can be found. LRO will also provide significant programmatic support to NASA’s efforts to return to the moon.”

3) OSIRIS-APEX/OSIRIS-REx on the asteroid Apophis

The Origins, Spectral Interpretation, Resource Identification, Security-Regolith Explorer (OSIRIS-REx) mission will halt again after dropping pieces of the Bennu asteroid on Earth in 2023. The spacecraft, in flight since 2016, will be redirected to Apophis, a near-Earth asteroid that was once considered a mild threat to Earth in 2068. The mission will also gain a new name: OSIRIS-Apophis Explorer (APEX).

The renamed mission will orbit Apophis shortly after the asteroid comes safely within 20,000 miles (32,000 kilometers) of Earth in 2029, NASA said. “He plans to study the changes in the asteroid caused by its close flyby of Earth and to use the spacecraft’s gas thrusters to try to dislodge and study dust and small rocks on and below the surface. of Apophis.”

The Mars Atmosphere and Volatile EvolutioN (MAVEN) mission was launched in November 2013 to observe changes in the atmosphere of the red planet. It is suspected that the gradual erosion of the atmosphere over eons led to less running water on the surface of Mars as the pressure dropped.

The extended mission, which will last another three years, “plans to study the interaction between Mars’ atmosphere and the magnetic field during the next solar maximum,” NASA said. “MAVEN’s observations as the sun’s activity level increases toward the peak of its 11-year cycle will deepen our understanding of how Mars’ upper atmosphere and magnetic field interact with the sun.”

MAVEN will also acquire a new principal investigator: Shannon Curry, a planetary scientist at the University of California, Berkeley. (The above, Bruce Jakosky of the Laboratory of Atmospheric and Space Physics at the University of Colorado at Boulder, announced his departure in September 2021.)

InSight landed on Mars in 2018 and has been useful in gaining insight into “marsquakes” to learn more about the planet’s interior and how it has changed over the eons.

The spacecraft performed well, apart from the failure of an underground probe known as the “mole” and the gradual accumulation of dust on its solar panels. Given its precarious power status, the mission still has a few months to complete its mission until the end of 2022, but may not last that long.

“The extended mission will continue InSight’s seismic and weather monitoring if the spacecraft remains healthy,” NASA said. “However, due to dust accumulation on its solar panels, InSight’s power generation is low, and the mission is unlikely to continue operations for the duration of its current extended mission unless its solar panels are cleaned by a “dust devil” passing through Mars’ atmosphere.”

6) New horizons in the Kuiper Belt

New Horizons launched in 2006 and has visited two worlds so far: the dwarf planet Pluto in 2015 and the Kuiper Belt Object Arrokoth (2014 MU69) in 2019. The mission is expected to fly up to 63 Astronomical Units (or Earth-Sun distances). ) in its next three years, but what comes next (and whether another flyby is planned) is still a secret.

“The New Horizons spacecraft can potentially perform multidisciplinary observations relevant to the solar system and NASA’s heliophysical and astrophysical divisions. Additional details regarding the New Horizons science plan will be provided at a later date,” NASA said.

The Mars Odyssey spacecraft began operating in 2001 and continues to perform well into its third decade in space. While NASA has warned that the mission is running low on propellant, it hopes to squeeze another three years out of the mission. In addition to being a remote scientist, Odyssey serves as a relay for other Mars spacecraft on the surface by sending their communications back to Earth.

On the science side, NASA said: “The extended Mars Odyssey mission will perform new thermal studies of rocks and ice beneath the surface of Mars, monitor the radiation environment, and continue its long-running climate monitoring campaign. “

The Mars Reconnaissance Orbiter has been in service since 2005 and provides a long-range view of the surface of the Red Planet. It charts changes in sand dunes, ice caps and other features and also keeps tabs on missions to the Red Planet.

Apart from the loss of an instrument (the Compact Reconnaissance Imaging Spectrometer for Mars, or CRISM) due to a loss of coolant which shut down one of the two spectrometers, the mission should operate for another three years. MRO will also continue its relay services for surface missions.

“In its sixth extended mission, MRO will study the evolution of the surface, ice, active geology, atmosphere and climate of Mars. In addition, MRO will continue to provide an important data relay service to d ‘other Mars missions,’ NASA said.