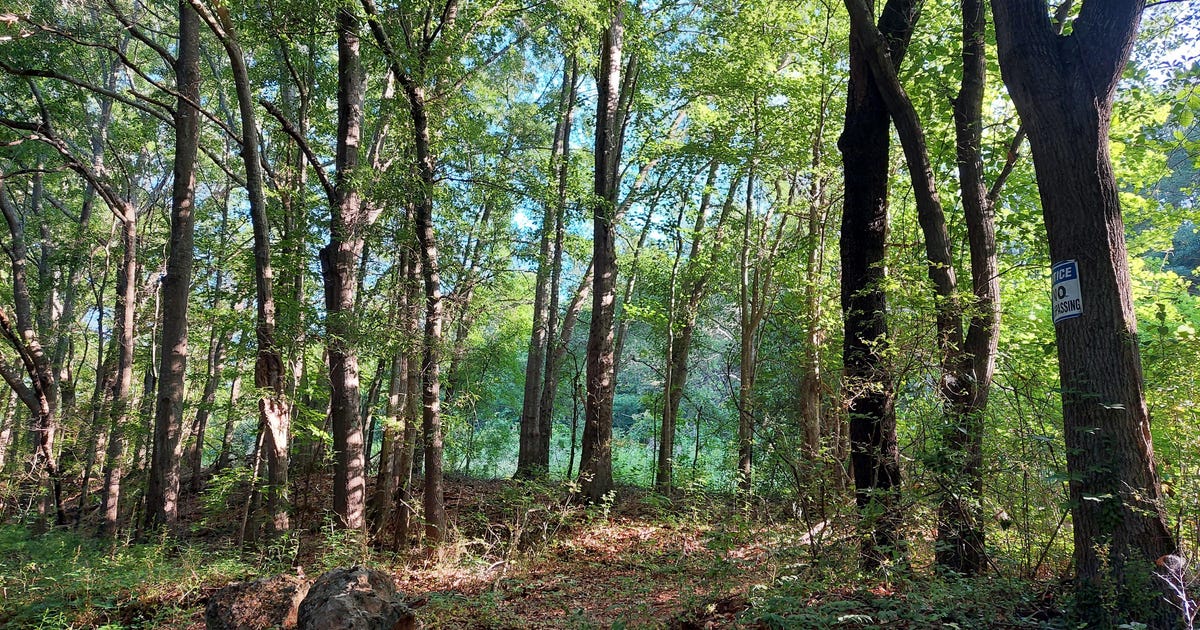 A spaceship in low earth orbit singing a duet with trees on Earth sounds like a scene from a bizarre sci-fi movie. But if a group of NASA scientists and artists succeed, it will be a real collaboration that will last 200 years.

The Trees and Machines Team, a public art/science project called The Tree of Life, “connects Earth and outer space through a song, which is sent via radio waves between spacecraft in orbit and an unlikely technological component: an array of living trees that have been activated to function as large living antenna systems,” reads a description of the Space Song Foundation’s inaugural project. a new non-profit organization dedicated to designing and manufacturing sustainable technologies that support long-range space missions.

Digital sensors will pick up changes in the tree’s environment, and custom software will translate those data points into sound frequencies that will radiate to the small, distant spacecraft. In turn, the craft will transmit data about its own operational capability.

“As the light, water, and temperature of the trees change, so does the melody, volume, and actual sound of the song,” says Julia Christensen, president of the Space Song Foundation, a voluntary organization. which is at the intersection of science. , Art and design.

“In the short term, we’re hearing changes in the song as day turns to night, clouds pass over the tree, seasons change, etc.,” adds Christensen, program president. studio art at Oberlin College. “But over the very long term – decades or centuries – we will hear of major global changes in climate and other changes to our planet.”

The Tree of Life began as part of an initiative to design a potential future spacecraft to reach Proxima B, an exoplanet 4.2 light-years away that appears located to harbor potential life. To travel that distance would take about 6,300 years with current technology, which is why scientists are investigating innovations that push the limits of technological longevity. Artists help them do this creatively. The Space Song Foundation has scientists from the NASA Jet Propulsion Lab among its members, although it is not officially affiliated with NASA.

The artists involved in Space Song could have chosen virtually any object for the earth piece of their experimental communication system. So why trees? Because they should continue to exist for many decades and can tell a larger story about life on our planet.

“The Tree of Life takes steps to demonstrate our long-term approach to design and nature, on Earth and in space,” says Christensen, whose work explores consumerism and the complexities of e-waste on our planet. and in the spacea growing concern as space exploration becomes more accessible.

The Tree of Life began as part of an initiative to design a potential future spacecraft to reach Proxima B, an exoplanet 4.2 light years away.

But while the trees are ready for the spotlight, the spacecraft at the center of the acoustic experience has yet to be built.

Steve Matousek, advanced concept manager at NASA’s JPL Innovation Lab, said the team will begin testing prototypes based on cubesats next year. By operating (hopefully) continuously for 200 years, the spacecraft would push the constraints of technological obsolescence beyond the limited lifespan of cell phones, tablets and laptops that populate Earth today.

“The design has no moving parts and the electronics only work 1% of the time,” says Matousek, who has worked on missions ranging from Voyager to Juno to Mars Cube One. “Imagine if your car, computer or phone were to last 200 years. The simpler the spacecraft, the better.”

The Space Song Foundation is raising money for the Tree of Life on Kickstarter, where the project has raised over $12,200 toward its $15,000 goal, with two days remaining in the campaign. (Keep in mind that not all Kickstarter projects deliver on time or as promised.)

If all goes according to plan, the first two trees will start “singing” in public spaces in New York and Los Angeles, with loudspeakers broadcasting the duo in real time. Funds raised on Kickstarter will go towards the equipment needed to wire both trees.

So what exactly does it look like when a spaceship and trees share the mic? Don’t expect anything like David Bowie’s Space Oddity or The Beatles’ Across the Universe. The project’s audio sample sounds more like the constant scream you hear when testing the Emergency Broadcast System.

It’s just the basic track, though. The song will be open source. Musicians can add stuff to it, DJs can remix it, and scientists can use it to detect changes in data sets. It will belong to all of us.

Become a home entertainment expert with our handpicked tips, reviews and deals. Delivered on Wednesday.