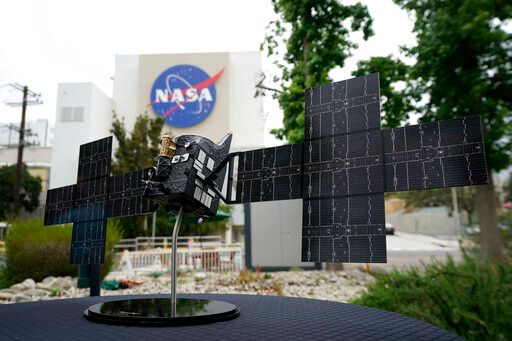 NASA spacecraft to search for the origin of the solar system

“Psyche” will travel a total of 2.5 billion kilometers in three and a half years beyond Mars

NASA scientists plan to send a spacecraft beyond Mars to study an asteroid that could help explain how our solar system and the planets it contains formed.

Scheduled to lift off in August, the Psyche spacecraft – named after the asteroid – will travel 1.5 billion kilometers over around three and a half years during its deep space mission.

Once it hits the asteroid belt between Mars and Jupiter, scientists hope the targeted space rock can explain the origin of the universe.

Planetesimals were small bodies of matter that orbited the sun while our solar system was still forming.

Scientists believe that these bodies combined over time to create the planets and other celestial bodies.

“What we want to do is … take a number of measurements to see if we can confirm whether that’s the case or not,” Stone said.

After reaching the asteroid, NASA will review the photos taken by Psyche and, over the course of two years, collect “the scientific data we need”.

If the asteroid is a planetesimal, scientists hope it will contain deep insight into the mysteries of the universe.

Hubble reveals new ‘mega comet’ now in our solar system is 80 miles across, 50 times bigger than ever

But we’re not in danger, says professor — ScienceDaily